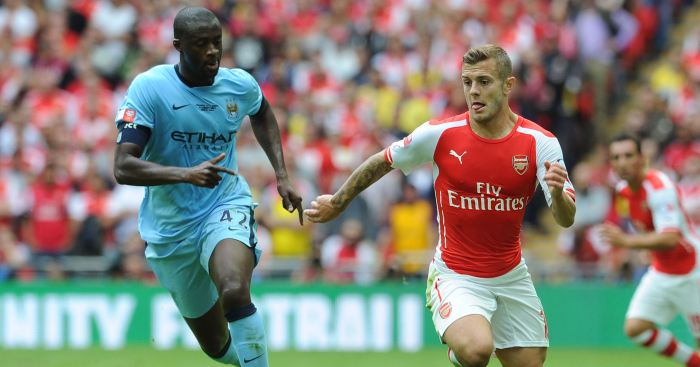 The likes of Arsenal and Manchester City have released some high-profile players recently – but how would a squad of all players released by last season’s Premier League clubs fare over a season?

Every summer, a wide variety of players are released from their clubs, no doubt with the intention to prove those clubs wrong by making it work elsewhere.

Well, what would happen if we were to take such a collection of footballers and place them in the Premier League as their own team? Sometimes a sense of burning injustice can make all the difference.

Their name? The Expendables.

The squad may not feature Sylvester Stallone or Jason Statham, but this summer’s group of released players features quite a few big names.

Yaya Touré decides to choose this team to exact his revenge on Pep Guardiola, and with Jack Wilshere, Santi Cazorla and Ki Sung-Yeung also available on free transfers, The Expendables certainly look strong in midfield.

They are joined by players including Tim Krul, Patrice Evra, Jon Flanagan and others out to prove that they can still cut it at this level.

To make room in the league, we demote Fulham – they were the play-off winners after all – and bring in a manager who has recently been released himself: David Moyes. 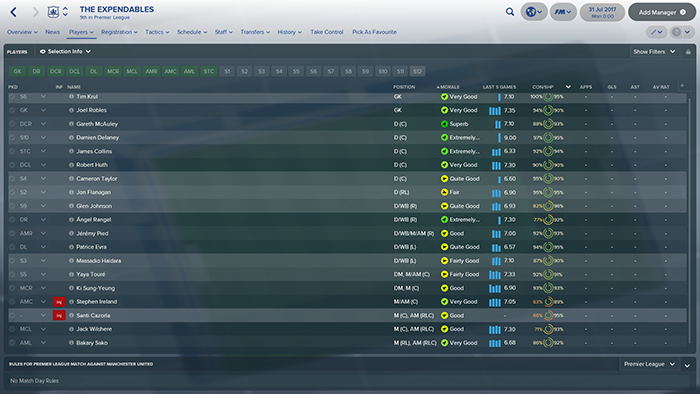 Sadly, the season doesn’t start well for the Expies as they only pick up a single point from their opening five games in a draw against West Ham thanks to Glen Johnson’s late equaliser that surely would have satisfied Evra and James Collins, not to mention their manager.

They can also take heart from their close 3-2 defeat to reigning champions Manchester City, though they probably should have done better against Newcastle at St James Park. Still, two out of the big six are already out of the way for now.

Unfortunately, the results don’t seem to improve as the season progresses, maybe due to the constant – and perhaps expected – injury crisis the team faces as the games tick by.

Fourteen matches in, they are three points away from safety, and perhaps the only positive sign is Touré’s third place in the list of the league’s assist providers. He has six to his name already, which is even more impressive considering the team has only scored 13 so far during the campaign.

Moyes draws the supporters’ ire by stating they should aspire to be more like Manchester City, and he doesn’t help things by pointing out that the Expendables have scored in 11 of their matches as their goal difference is still the worst in the league and their only wins have come against Southampton and Wolves. 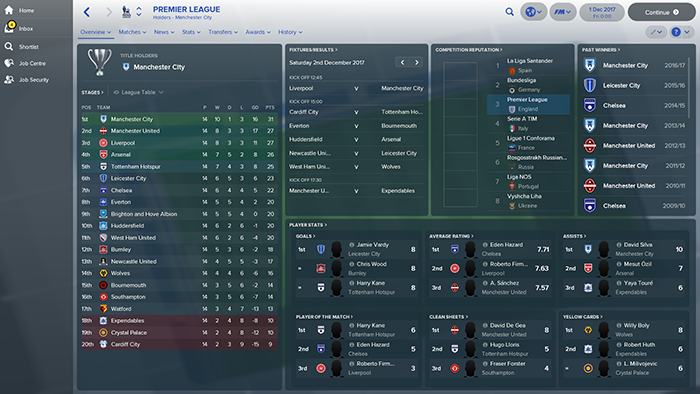 A grueling December is coming up: can they keep it together?

Well, it’s a mixed bag as they beat some of the weaker teams but take heavy drubbings from the big boys.

January brings three consecutive 1-1 draws followed by a straightforward loss to City. They are down to 19th, and though still only four points away from survival, their injury situation doesn’t inspire a lot of confidence.

Four players are out – Touré is gone for two months – three nurse minor knocks, one needs a rest and Robert Huth is suspended due to an accumulation of yellow cards. 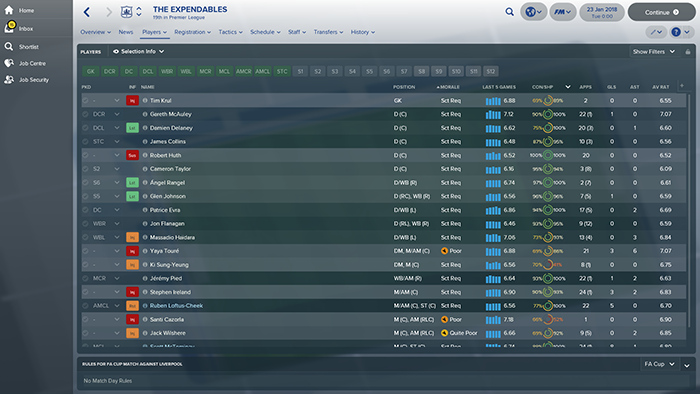 Come January, Moyes is actually allowed to spend some money to bolster his squad.

Kevin Long, Nikola Katic, and most crucially, a real striker in the form of Stefano Okaka provide hope they may improve in the goalscoring department, while Scott McTominay and Ruben Loftus-Cheek as loanees are quite the coup.

Unfortunately, that hope was merely a mirage. By April, Moyes is close to getting sacked. If the Expendables don’t beat Huddersfield Town, he will be gone – and if things continue like this, the team will soon be gone from the Premier League, too.

It’s an odd, really uninspiring patch of their season: they may have only lost four matches since December, but they also only managed to win once.

It was against Wolves. It was a 1-0 win. Their goal came from a penalty. In the second minute.

I’m trying my best to find some sort of highlight performance for you, but there really isn’t anything to showcase. They lose to the good teams, sometimes draw with the mid-table sides and occasionally win against fellow relegation candidates. 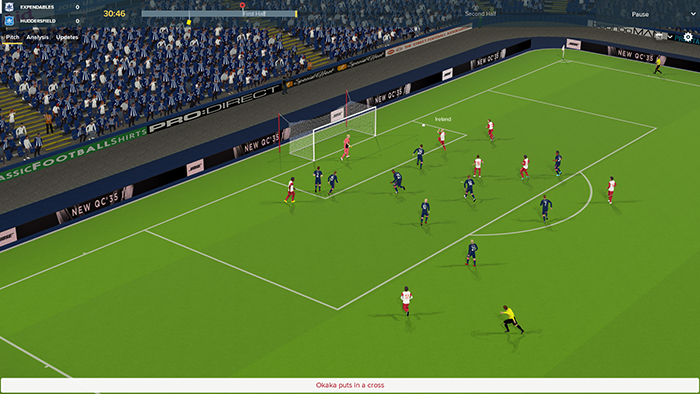 The Expendables only managed to pick up a single point against a top-six side: a draw against Spurs in February at home marked the high point of this hodge-podge side.

They do top one specific chart: they are the league leaders in injuries, their medical facilities resembling the worst war-time hospitals as players are taken out left and right.

They may only be three points behind 16th-placed Bournemouth with seven games to go, but they still have to play Manchester United, Chelsea and Arsenal. This is as close to a must-win match as it gets.

They lose Wilshere to an injury – what a shocker – after less than 20 minutes, but Stephen Ireland’s close-range header from the world’s slowest counter-attack gave them an unexpected lifeline.

They somehow hold on to their lead – the match engine produced no further highlights for the next 50 minutes – and the Chosen One lives on to fight for another day.

They play Arsenal and Manchester United next. Of course they are defeated by both of them.

Crucially, they also lose to Brighton. Wilshere picks up an early injury. No, I checked; the game wasn’t, in fact, stuck on repeat.

Even a second-half red-card to Beram Kayal isn’t enough of an advantage for them to turn the game around: it ends with two shots on target by the Expendables. The crowd is whistling. Or it may just be my kettle. I certainly needed a cup of tea after watching that.

Moyes somehow manages to keep his job, but his league campaign ends with a whimper rather than a bang. The rejects finish in 18th place, seven points away from safety, even managing to lose to an already-relegated and managerless Cardiff City in their penultimate game of the season. 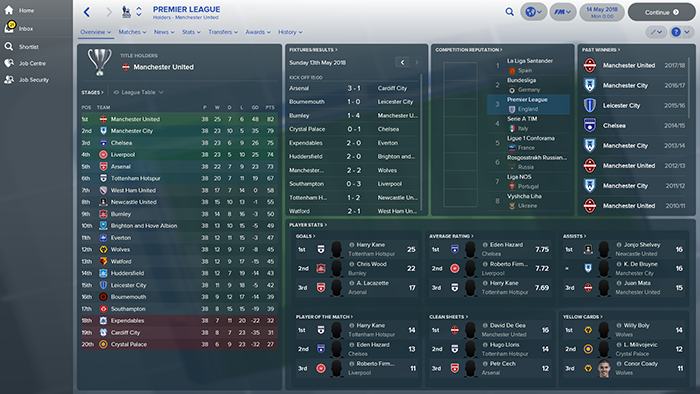 An unexpected win against Everton on the final day only serves as a bittersweet goodbye.

Unsurprisingly, every single player is released from the club in the summer as they gear up for the upcoming Championship season.