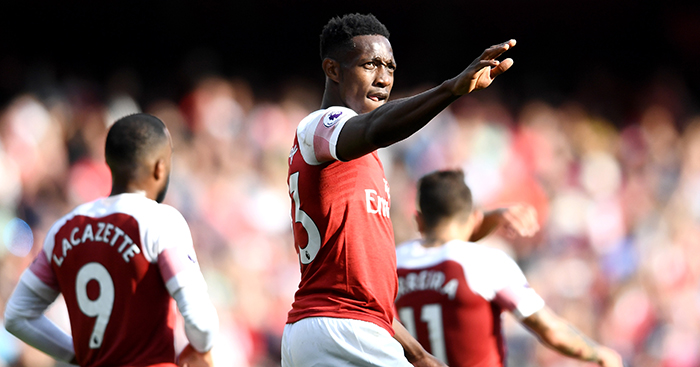 Premier League clubs are often accused of neglecting young domestic talent in favour of ready-made players from overseas, but what if they were forced to play teams full of homegrown players?

Well, using Football Manager 18, we decided to shake things up a bit and introduce a ban of all foreign players.

We have made some seismic alterations to the Premier League’s rules for the purposes of this experiment: no teams are allowed to have any foreign players in their match squad, a draconian rule that is meant to encourage everyone to make better use of their homegrown talent.

As such, this is one of the few simulations where we’ve opened up the pre-season transfer window for the AI to play around with during the summer and get ready for a jolly good iteration of the Premier League.

Yes, as it turns out, some of these cheeky buggers have already acquired British citizenship, meaning some of the international talent will still be retained under these guidelines. 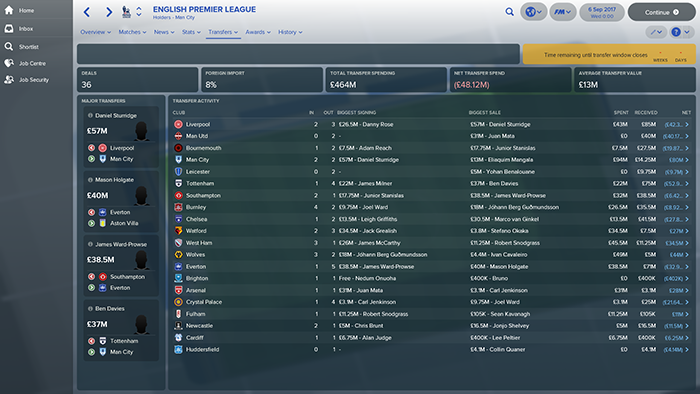 Don’t ask us how, but Aston Villa somehow find £40million to sign Mason Holgate, almost all of which is immediately spent by Everton to snatch James Ward-Prowse from Southampton.

Manchester City, meanwhile, entice Ben Davies from Tottenham, who in turn compensate for the loss of their left-back with the signing of…James Milner.

Yes, this means Danny Welbeck is Arsenal’s sole attacking outlet at the start of the season, and yes, they are 15th three games in.

City are certainly hurting more from the rule change even with a Stering-Sturridge-Agüero-Silva quartet up front, having to go with untested Daniel Grimshaw as their goalie. 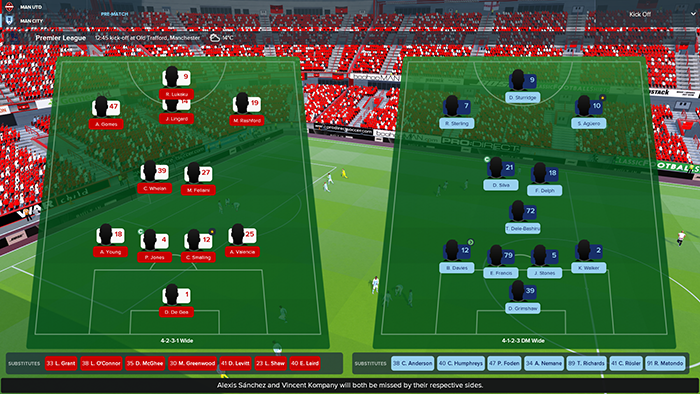 Meanwhile, United keep a decent chunk of their line-up intact, though the match still features Callum Whelan as a debutant for the Red Devils.

His impact is instantaneous, with a goal and an assist to his name in only 45 minutes. Jose Mourinho’s men enjoy a 4-1 triumph at to go into the first international break with a 100% record in the league.

United and Spurs are the clear frontrunners by December, but the rest of the league table is engulfed in chaos.

Bournemouth are third, Wolves are in fifth while Arsenal, Manchester City and Chelsea are in a massive fight for eleventh place, with Maurizio Sarri already fired.

This makes Eden Hazard’s performances even more impressive as the Belgian (erm, Englishman) tops the average rating charts with a fantastic 8.13 score.

Predictably, Hugo Lloris and David de Gea are neck and neck in the clean sheet race, while Harry Kane, Olivier Giroud and Marcus Rashford are locked in a fight for the Golden Boot.

Shockingly, Huddersfield pick up only two points from their first 14 games. 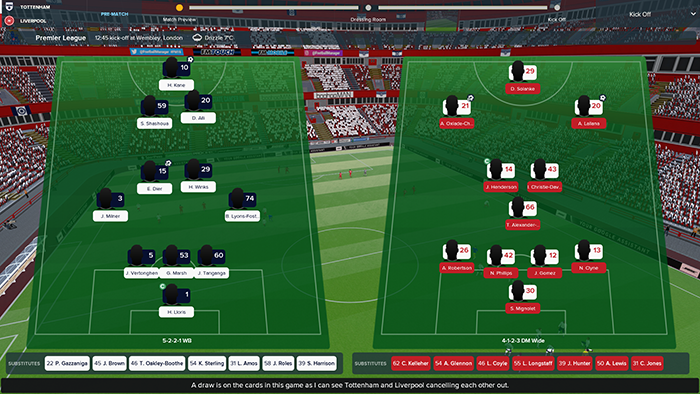 Next, second-placed Tottenham host fourth-placed Liverpool at the New White Hart Lane in an important fixture at the top end of the table.

Adam Lallana, Alex Oxlade-Chamberlain and Andrew Robertson provide most of Liverpool’s goals now, but it’s Dominic Solanke who saves their bacon against Spurs, salvaging a 1-1 draw in a hard-fought contest.

Unai Emery and Pep Guardiola are both gone by the end of the transfer window, which sees a £770million splurge across the league.

United also don’t rest on their laurels, spending the most money overall on James Tarkowski, Kieran Tierney and Scott Arfield. 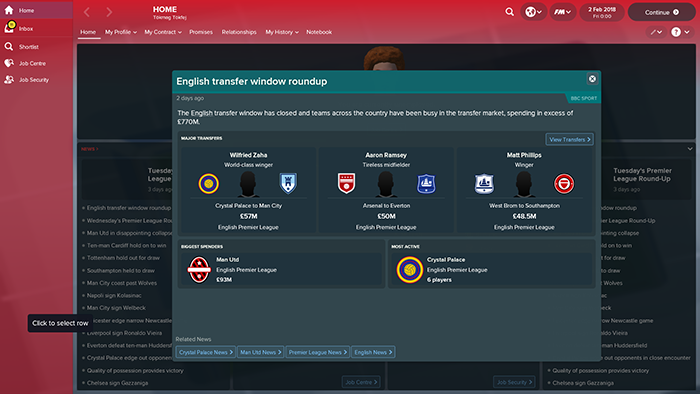 The managerial vacancies are also sorted out by the time the smoke settles, with Diego Simeone taking over the reigns at the Etihad and Carlo Ancelotti taking the Arsenal job.

The Italian has quite the challenge to deal with: the Gunners have slipped down to sixteenth place, one point behind a very happy Neil Warnock.

Huddersfield are still on only two points.

It’s pretty clear by March that this is a very different Premier League. Burnley and Liverpool are warring for second place with Bournemouth not far behind in fourth; Manchester City are still behind teams like Wolves and Watford; Arsenal remain in an embarrassing sixteenth position.

On an individual level, Chris Wood becomes an unlikely contender for the Golden Boot behind Romelu Lukaku and Agüero while Ward-Prowse and Bournemouth’s David Brooks are ahead of Eden Hazard in the assist charts.

Somehow, the Burnley-Bournemouth fixture has turned into a massive game with Champions League-deciding implications, a brawl Dyche’s men manage to win handily despite having to come back from behind. The penalty converted by Wood is his 27th goal of the season overall. 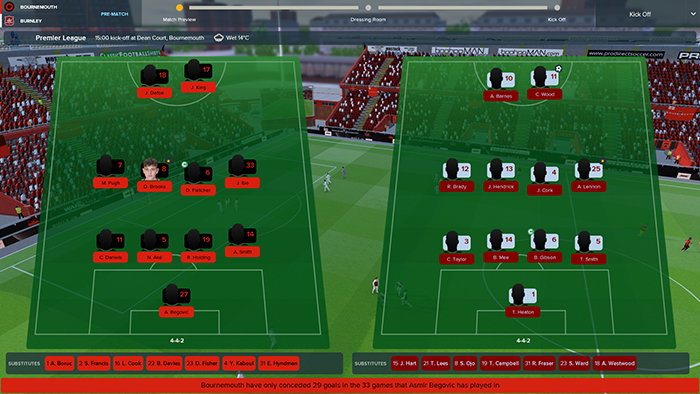 Meanwhile, the Arsenal-City game is a nostalgic reminder of better times gone by as the away side grab a win thanks to the individual brilliance of Agüero and Daniel Sturridge.

The Citizens have also signed Danny Welbeck in the January window after his nine goals in the first half of the season. He is so far goalless for his new side.

The season ends with Manchester United comfortably wrapping up the title with 90 points.

Bournemouth and Southampton take the other Europa League places, even though the traditional powerhouses all managed to pull together fairly impressive run-ins. Huddersfield pick up a maiden victory on the final day of the season.

So did the English players benefit from this new format? With Agüero, Lukaku and Giroud topping the goalscoring charts, perhaps we haven’t gone far enough.

Looking at the latest England squad, Ryan Bertrand and Ryan Fredericks from West Ham are really the only two unexpected names in the list, so this is perhaps an experiment that deserves an extra few seasons for the effects to truly come into play…