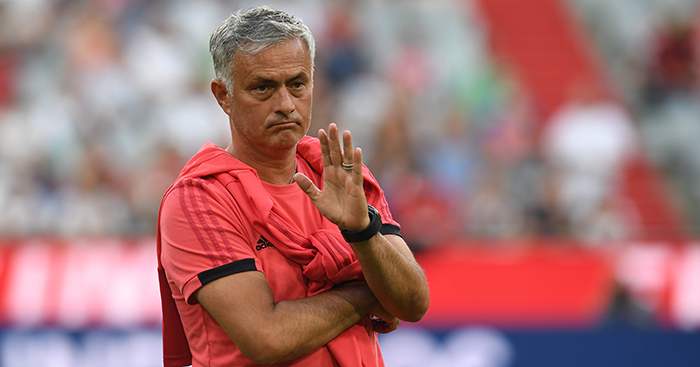 José Mourinho has never been afraid to make public his frustrations about transfers – and it’s been no different for him at Manchester United this summer.

“My CEO knows what I want and I still have a few days to wait and see what happens. If we don’t make our team better it will be a difficult season for us.”

Speaking ahead of United’s final pre-season friendly of the summer, a 1-0 defeat to Bayern Munich, Mourinho delivered a thinly-veiled threat to Ed Woodward ahead of the closure of the transfer window.

United spent £52million to sign Fred from Shakhtar Donetsk, and have also brought in 19-year-old right-back Diogo Dalot and third-choice goalkeeper Lee Grant, but Mourinho clearly doesn’t feel it is enough during a summer which has seen Liverpool strengthen heavily.

Well, we’ve decided to give him a bit of respite and, using Football Manager, grant him the signings he’s clearly been craving. If Woodward’s reading this and the virtual reality Mourinho wins the league, it might just get him a bit more cash…

As real-life Mourinho has made clear, overhauling a 19-point gap over a record-breaking side is no easy task. Well, it may have taken a bunch of extra noodle sponsorships to get there, but virtual-reality Mourinho gets his way with an extra £200million transfer outlay.

In come Toby Alderweireld from Tottenham, Ivan Perisic from Inter, and Gareth Bale from Real Madrid to fulfil both manager and club’s need for a global superstar. Now you better go and win every competition in front of you, José, or else…

The game certainly expects them to succeed, predicting them to win the Premier League ahead of Manchester City.

And United certainly make their mark in the first few games, thrashing Newcastle United 6-0, causing Rafa Benítez to hand in his letter of resignation, a document which is apparently filled with expletives aimed at Mike Ashley.

A 3-0 win over Huddersfield and a 5-1 drubbing of Southampton follows before a shock defeat to Wolves puts an end to the party.

But they soon bounce back with five wins in a row in all competitions with a combined 16-1 goal difference – in no small part thanks to some wonderful performances by Bale up top and Alderweireld at the back.

And the green dots keep piling up as an early-round tussle with Chelsea in the Carabao Cup also ends with a United win after extra time.

As impressive the new signings are, though, it’s Alexis Sánchez who’s stock has risen the most: an incredible average rating of 7.98 propels him to the top of every chart in the league. Perisic and Anthony Martial are not pleased.

Despite all of this, United are still only second behind City, who manage to maintain a 100% record going into the mother of all derbies at Old Trafford at the end of October. 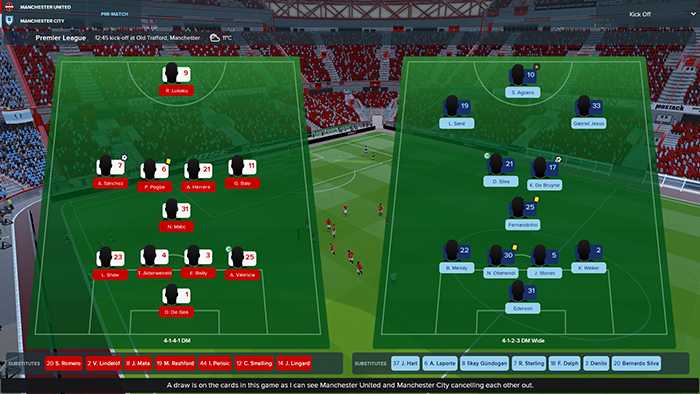 In a way, it’s eerily similar to last season’s clash, a tight affair that gets shaken up by a United player getting sent off.

Paul Pogba’s recklessness is a far cry from his assured performances at the World Cup, and a desperate lunge at Kevin De Bruyne forces the home side to batten down the hatches for the last half hour of the game.

That being said, they still manage to muster the best chance of the game through Bale, but the game ends in an unlikely 0-0, and the champions get to keep their three-point cushion.

However, City pick up a few unexpected draws while United continue on their rampage, and the Red Devils actually have a six-point lead to enjoy by the time the competition reaches its halfway point.

Of course, Mourinho’s response is to sign Dries Mertens in January, because the squad clearly didn’t have enough Belgian strikers up top. Oh, José!

It looks like a case of cruise control by March as a 24-5-1 record affords them a much-needed nine-point gap at the top going into a tricky Champions League tie against Real Madrid.

However, it turns out that having such a massive target on their backs can be fairly detrimental in the derbies: draws against Cardiff and Bournemouth, plus 3-2 defeats to both Chelsea and Arsenal means we’ve got a real title race on our hands as every team in the league pulls out all the stops to slow down the red juggernaut.

After exorcising a few demons by squeaking past Real, United make it all the way to the Champions League final after dispatching Spurs and Atletico Madrid.

City are hot on their heels in the league, but their infinitely tougher run-in and a set of draws mean sees them falter during the final stages of their title defence. Mourinho’s men close the season with 93 points – not quite 100, but certainly good enough to finally reclaim the Premier League title after a five-year drought.

They have no such luck in the domestic cup competitions, however. After losing the Carabao Cup final to the same Newcastle side they’d humiliated in August, they also manage to snatch defeat from the jaws of victory in the FA Cup against Burnley as they fail to hold on to a 1-0 lead 80 minutes in and proceed to lose in extra time.

In the end, their date with destiny in the Champions League final pits them against a revitalised Juventus helmed by a certain Portuguese maestro you may have heard of.

Due to injuries to Alderweireld and Bale, the new English champions line up with a starting XI that consists of 10 players who were already a part of the squad this time last year.

Unfortunately, in Mourinho’s first appearance at this stage since 2010, it’s another blot on his in-real-life cup fiinal record as two quick goals by Cristiano Ronaldo swiftly put an end to United’s European adventure. 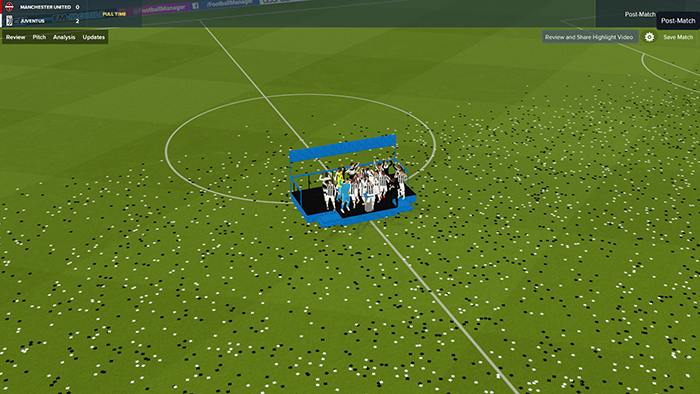 For reasons beyond my understanding, Ivan Perisic is immediately transfer-listed after the defeat against Juventus, and the cycle begins anew.