José Mourinho is once again facing questions over his management of Manchester United, whereas Manchester City are back on top of the Premier League under Pep Guardiola after two wins from two. But what if the two managers swapped positions?

It’s weird this pair ended up where they did, Mourinho at United, where attacking football and promoting youngsters is a part of the DNA, and Guardiola at City, who in the past decade have been able to solve pretty much any problem by opening their chequebook.

That’s a binary view of both clubs and managers, of course, but former United assistant René Meulensteen told us he thought Guardiola would have been the perfect replacement for Sir Alex Ferguson at Old Trafford, saying his “vision and principles of football are closer to United’s DNA”.

But how would the Spaniard fare in charge of a squad, at least in part, put together by Mourinho? And how would City’s players respond to the Portguese’s more…pragmatic methods?

Well, it’s Pep’s United who take the bull by the horns early on, taking 24 points from the first 27 available, a sterling start that catapults them to the top of the league while José’s City languish in fourth, five points behind.

Many pundits think the first derby at Old Trafford could prove pivotal. 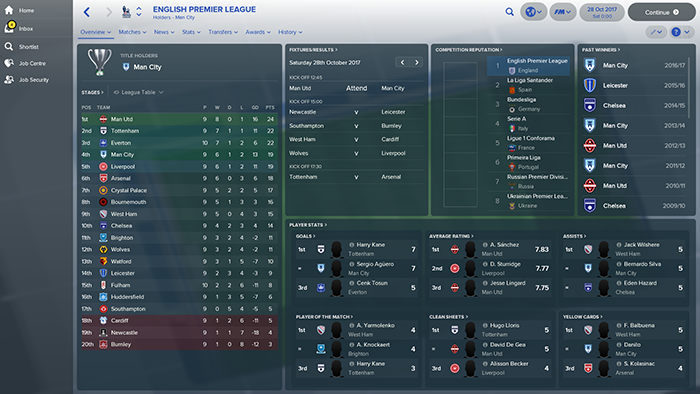 Jesse Lingard, Anthony Martial and Juan Mata score as the home side win 3-0 – a scoreline that still very much flatters the visitors. In reality, the match had echoes of that famous 5-0 demolition in Spain that turned the managers’ rivalry up to 11: once again, Mourinho has a score to settle.

Shortly thereafter, the two sides meet in the League Cup too in a fairly muted affair with tons of reserve players on both sides. Still, United win 1-0 to strike another blow, and by December they’re still five points clear at the top.

City, meanwhile, sign Ryan Bertrand from Southampton and Nacho from Madrid. And it’s City that strike the next blow, coming from behind to beat United courtesy of Sergio Agüero’s 89th-minute wonderstrike.

In the Champions League, meanwhile, Real Madrid take a 2-1 lead to Old Trafford, but the Red Devils rise to the occasion, winning 5-0.

Don’t adjust your screens, you’ve read that right. It was complete and utter domination, a crushing victory that sets up a quarter-final against…Manchester City.

It’s always nice when the game buys into our little experiment.

These are uncharacteristically cagey and tight affairs with very few proper chances for either side. Again, it’s Martial who gets a goal for the home side fairly early on, but that’s pretty much all that happens in the first leg.

The return fixture is perhaps even more tactical as Guardiola uncharacteristically opts to protect his existing lead.

City are certainly the better side on this occasion but fail to break down a resolute defence – at least until the 88th minute, when an impressive run by Leroy Sané earns them a penalty. It’s up to Agüero to restore parity and take the tie to extra time. 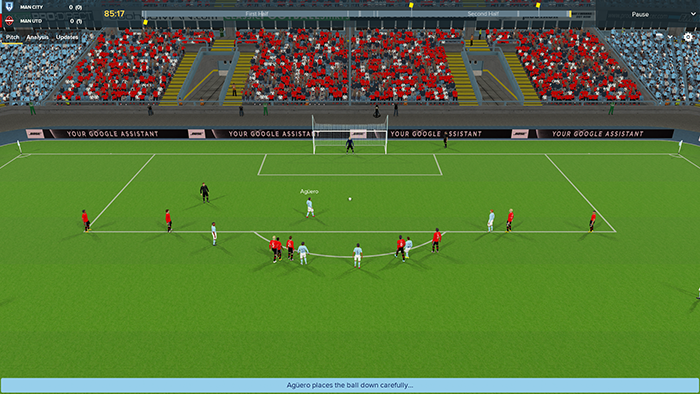 It’s a good shot to the bottom left, but David de Gea somehow reaches it. He also saves Kevin De Bruyne’s one-on-one chance in the game’s dying moments and United manage to squeak by the narrowest of margins.

One goal in two legs as the Reds barely edge out their rivals – have we swapped back the two managers by accident?

With that, City’s European obligations draw to a close, but the league is still very much up for grabs. It’s a closer title race than anything we’ve seen in real life for a while, with Liverpool also in the running, though they have lagged behind all season.

As a side-note: I’ve never seen this screen before in the game. 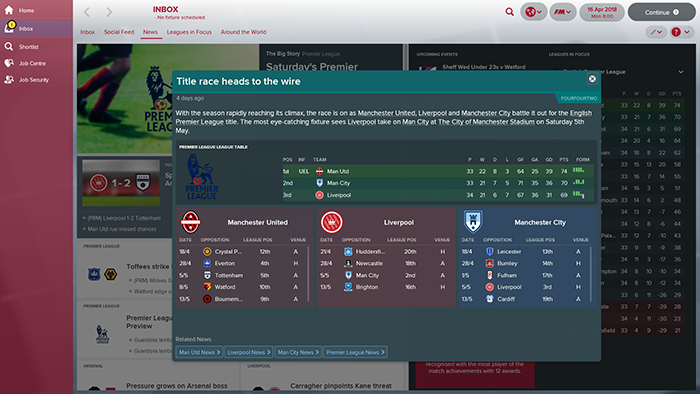 There’s also the added spice of the FA Cup to consider as the two Manchester teams are drawn against each other in the semis, marking the sixth time the two managers meet this season, echoing the heady days of the non-stop Clasicos in Spain a few years ago.

This is the first time they’re on neutral ground: as is custom, Wembley hosts the two teams for the latter stages of the cup.

Whatever Mourinho’s pre-game plan was, it goes out of the window after just two minutes as Martial – again – puts United ahead. It seems his marriage with Pep is a happier one.

The Red Devils dominate possession for the rest of the half, but nothing of note happens until early in the second half, when Martial scores his second goal from a free-kick. City finish the match with just two shots on target and 43% possession, giving Guardiola a 4-1-1 record against his rival for the season.

By the time the City-Liverpool game rolls around, United are almost out of sight. Even if Mourinho’s men were to win every remaining match, United would only need a solitary point to secure the title.

As it turns out, no such nail-biter would come – while they beat Spurs at Old Trafford, City somehow manage to throw away a 3-1 lead against Liverpool in the final 30 minutes, losing 4-3 in the end. José refuses to attend the press conference. 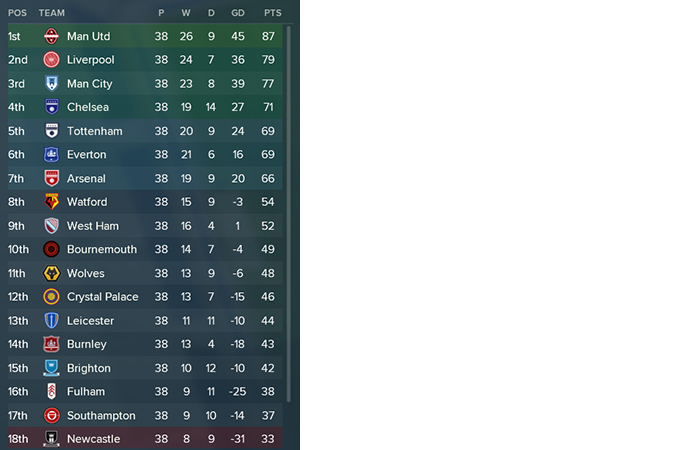 United keep going, easily dispatching Arsenal in the FA Cup final and cruising past Bayern Munich in the Champions League semis thanks to Martial’s 10th and 11th goals in the competition to leave Guardiola 90 minutes away from equalling Sir Alex Ferguson’s incredible feat in 1999.

A gruelling final against PSG ends 0-0 and remains that after extra-time, but United cannot repeat what they managed in 2008, losing the shootout 5-4.

Meanwhile, Mourinho and Txiki Begiristain come to blows over the overruled signing of Luka Modric – and the circle of life begins anew.