Gary Lineker says Jose Mourinho would get more out of an average team than Pep Guardiola – so we decided to put that theory to the test on Football Manager, putting the Manchester United and Manchester City managers in charge of Huddersfield and Brighton.

Despite describing Guardiola as a “genius”, Lineker told us recently he believes Mourinho’s methods would transfer much better than the Catalan’s if asked to manage one of the lesser lights in the Premier League.

“I suspect if they were both working at the bottom end of the Premier League, Mourinho may be a little better in terms of getting results from lesser quality players,” he said. “Could Guardiola do what he is doing now if he was in charge of Huddersfield Town? I’m not so sure.”

It’s highly unlikely we’ll ever find out, of course, so we decided to do the next best thing and see what would happen if Mourinho took charge of Huddersfield and Guardiola was given the Brighton job. To make things more fun, we sent David Wagner and Chris Hughton the other way.

What could we reasonably expect from these managerial titans at these newly-promoted sides? Survival should be the absolute minimum, and a decent cup run or a top-half finish would be a sign of an exceptional managerial performance.

And as managers regularly sign up for long-term “projects” – that somehow never seem to last for more than a few years –  it’s only fair to run the simulation for more than just one season to see what they can get out of a second pre-season and an additional transfer window or two.

First things first, of course, they need to get some points on the board.

It proves to be easier said than done: after the first three matches, Brighton are still winless with only one point to their name, while Huddersfield languish in 14th with only three.

At the other end of the table, both United and City get off to a flying start, maintaining a 100% record. There’s quite the overlap between these events: City got six points from our two featured sides, and Brighton’s sole achievement so far was a creditable 2-2 draw at Chelsea.

Mourinho had a good reason to rail against the fixture list, citing a “conspiracy against newly promoted teams”, considering they also had to face City and Chelsea in their opening games. 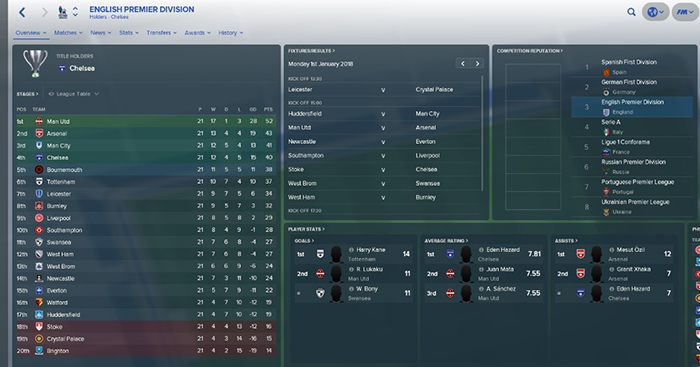 The first thing to note is Wagner’s United side are running away with the league, with Hughton somewhat under-performing in charge of City, who are third behind Arsenal.

At the other end, Brighton’s players prove incapable of adapting to tiki-taka and are now five points away from safety, while Huddersfield have got a three-point cushion to work with but are are also still very much under fire.

The FM derby between the two sides perfectly fit the Mourinho blueprint with a narrow 1-0 win at home thanks to a header in the 89th minute, but it has not been all plain sailing for the Portuguese manager.

Mourinho followed up a rocky start in the league by winning three and drawing two, putting the team in a very respectable position by mid-October. However, he has not managed to win a single game since then, and while five draws kept his side afloat, his position is far from secure. 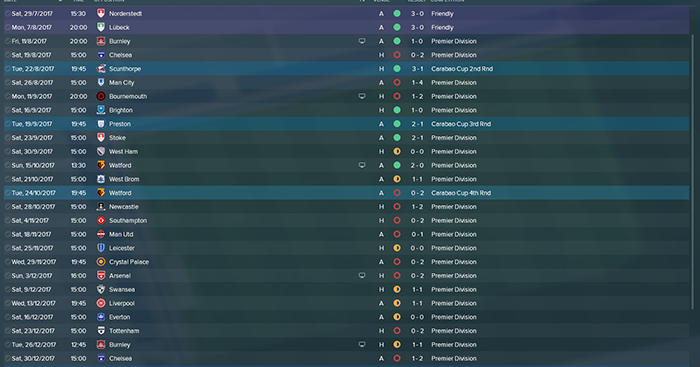 Second half of the season

Whatever you think of Mourinho’s ability to turn things around once they go sour, it’s guaranteed he’s got a better chance of managing than Pep.

Why, you ask? Because the Catalan has already been sacked by Brighton only 180 days into his tenure. While his record is not that much worse than Jose’s (23% win percentage versus 25%), the relegation race has reached a point where the board were forced to make a decision.

A shocking move: even if he lost the dressing room, who are you going to bring in who could realistically be an improvement on Pep Guardiola?

They actually went for Aitor Karanka. I’m not making this up.

In the end, not even Karanka’s managerial genius was enough to keep the Seagulls in the Premier League, but Mourinho successfully reached the fabled 40-pont mark, turning quite the corner in January. 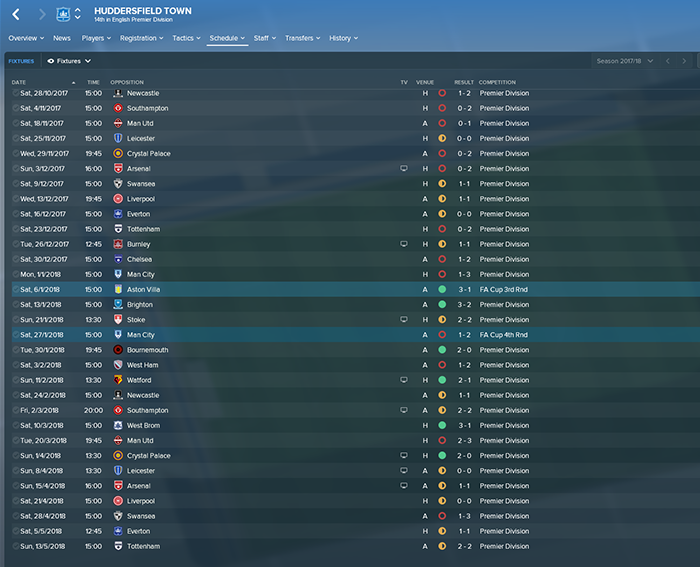 Huddersfield ended the season in 16h place, despite their massive slump in late 2017, and there were reasons to be optimistic about their future performances as well.

Then Arsenal hired Guardiola to replace Arsene Wenger, and everything turned upside down. 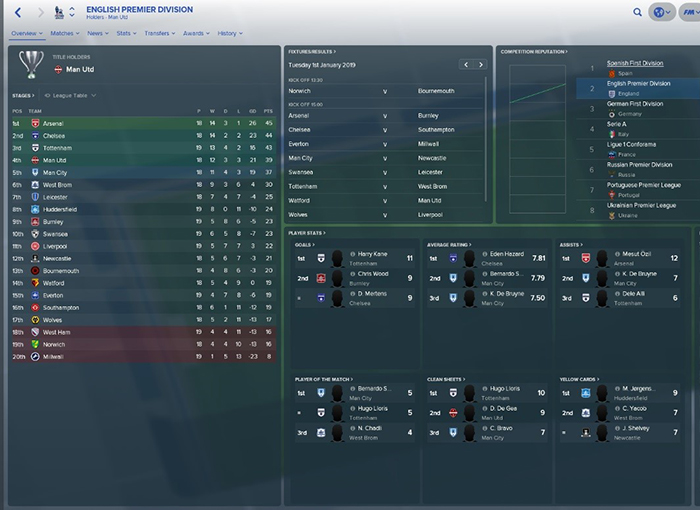 Hughton couldn’t survive another half a season’s worth of lacklustre league performances and was promptly sacked by City, who were no doubt casting envious eyes at the Gunners’ reinvigorated performances and questioning why they accepted this managerial switch-a-roo in the first place.

Mourinho’s performance, meanwhile, has been overshadowed by Pep, as even though he has managed to guide his side to eighth place in the league by January, he is still nineteen points behind the Catalan.

“I think we all saw what his performances are like when he is on even footing with me” – he said in a press conference before their game, and while the media was all over this latest instance of his mind games, his team couldn’t hold onto a 1-0 lead against the Gunners, conceding three goals in the second half.

However, the good times run out for Pep in the second half of the season… 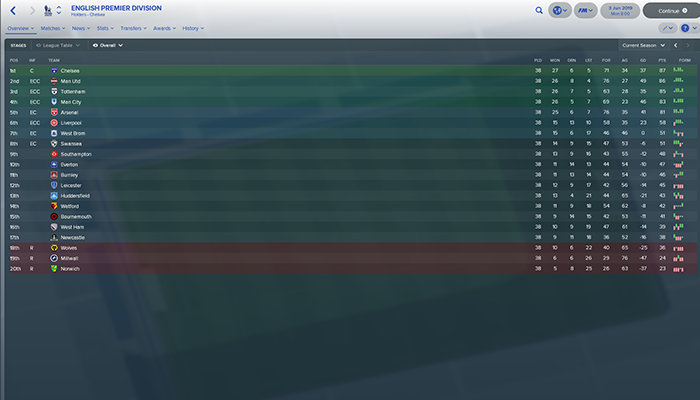 In the end, Arsenal finished fifth in an incredibly competitive season, got knocked out in the round of 16 in the Champions League and didn’t manage to win a domestic cup, leaving Guardiola in a precarious position.

Wagner, meanwhile, was one point away from making a miraculous recovery in the league, with a 1-1 draw at home against Liverpool in the final game of the season costing United the title.

As for Huddersfield, it seems like Mourinho has managed to establish them as a credible mid-table side in two years. Perhaps we can excuse the 38-point deficit behind Pep…