One of the first things done by every Football Manager player worth their salt is look at the free agents, a process that often starts before the game is even released in the Autumn.

It is the best way to punch above your weight early on, and consequently it’s worth taking an early look at the Premier League players whose contracts are set to expire at the end of June this year – even if many of them will already be snapped up by the time FM20 comes out.

What better way to take a look at the quality of those set for release than fire up FM19 and give them a shot together?

Many of the names on the potential release list barely got a look-in at their respective clubs in 2018-19, so we’ve decided to put them all in the same team – using bottom club Huddersfield Town to do so – to see what they can do.

We appointed Chris Hughton as manager (the most recent Premier League head coach to be released) and simulated 12 months of the game, filling the Huddersfield roster with the best 23 players who are soon to be free agents. 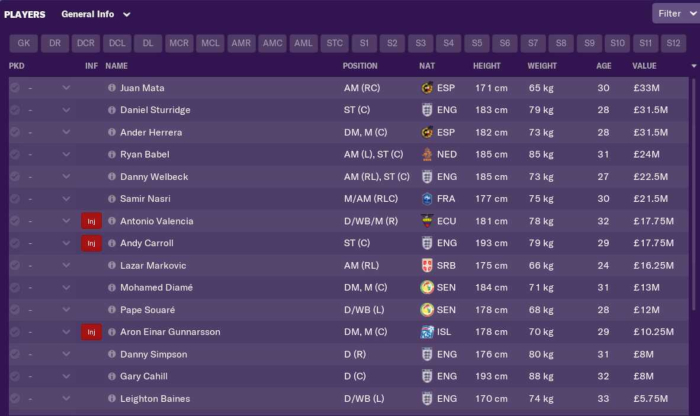 Well, Huddersfield still went down. Hughton amassed 35 points – one fewer than he did with Brighton in real life – and the Terriers were relegated on the final day of the season despite a 3-2 victory over Watford.

They won nine matches in total, splitting them evenly between home and away matches, and generally improved as the campaign went on. In the first half of the season the free agents won 14 points, and in the second half they won 19.

That can partly be explained by the rather difficult situation of 23 players arriving at a club simultaneously. It must have been pretty manic at times for poor Hughton, who presided over the single biggest playing staff change in the history of top-flight football.

In fact, Huddersfield only won one of their first 13 league games, a 1-0 victory at Crystal Palace on matchday two, the only highlight of a dreadful run through to December.

Results picked up following a win over Leicester early that month, but – incredibly – Huddersfield fans had to wait until February 1 to witness a victory on home soil.

Between January 29 and March 30 Huddersfield won 16 points from eight games, but it turned out to be a false dawn for Hughton’s side as they tumbled helplessly through a near-pointless, near-goalless April.

Hughton was sacked after the final day. 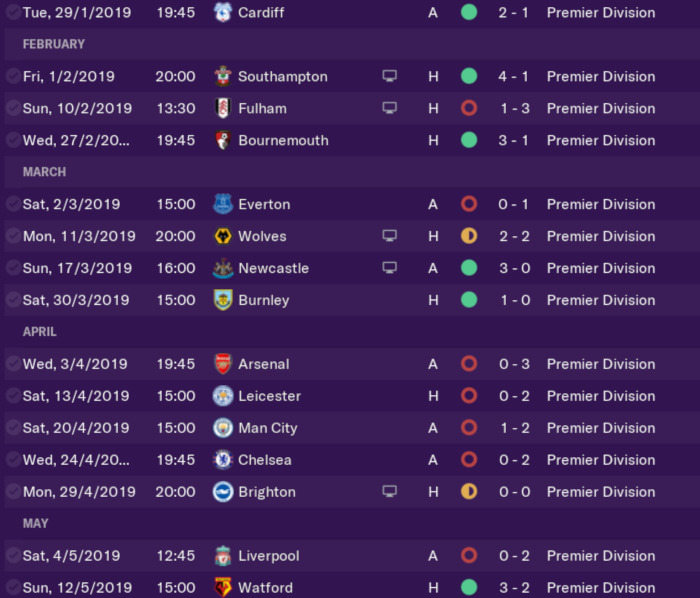 Juan Mata, Ander Herrera, and Daniel Sturridge were undoubtedly the three standout performers for the Terriers. Mata finished the season on nine goals and eight assists with an average rating of 7.26, while Herrera and Sturridge were the only other players to finish above a seven – with 7.08 and 7.14 respectively.

Mohamed Diame was a driving force from midfield, netting eight times, plus Antonio Valencia was a rock at right-back, an ever-present and club captain for the season.

Ryan Babel did okay, scoring a couple of crucial goals during that exciting run through the Spring, but aside from that few players really stood out.

Stephan Lichtsteiner really couldn’t hack it, appearing more times from the bench (17) than from the start, while Willy Caballero was No.1 and pretty dreadful. Phil Jagielka proved pretty obviously too slow for this level, and Samir Nasri did absolutely nothing in his 14 games.

The greatest ignominy goes to Miguel Britos, who featured four times before being shipped off to China in January.

But this really was a team effort: Huddersfield were far too old, their defenders especially showing their age with a lack of pace – Gary Cahill and Jagielka is a worrying partnership – and their forwards generally not working hard enough.

Babel is clearly rated by Sports Interactive, which was reflected in his good performances for the club, while Mata and Herrera surprised no-one by showing their class.

Valencia definitely has a couple of years left in him and would make a good signing for mid-table clubs in FM20, ditto Sturridge and Diame.

Every Premier League player whose contract expires this summer