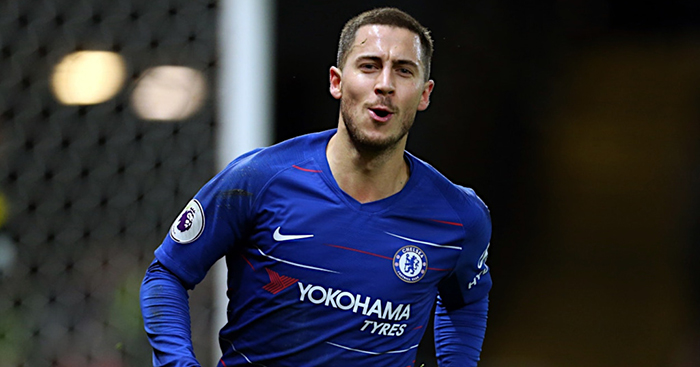 Whether or not Maurizio Sarri stays at the club, Chelsea are highly likely to struggle even more next season: Hazard has contributed 28 goals and assists so far this campaign, more than any other Premier League player – and 49% of Chelsea’s total.

They can count themselves lucky to have had Hazard for this long. Chelsea have been batting away Real Madrid for some time, and had Zinedine Zidane not left the club in the summer the Belgian would probably already be playing in La Liga.

Would his arrival at Real last summer have changed things? Would Sarri’s tactics have gone wrong even sooner, and would Real Madrid have avoided their disastrous 2018-19 campaign?

We took to Football Manager 2019 to find out, putting Hazard in the Real team and simulating the 2018-19 season to test the theory.

Things are definitely worse without Hazard. Chelsea end the season on a points tally only one higher than their current real-life total, and we still have five rounds of Premier League matches to go.

There is no hunt for a Champions League place – Chelsea are 11 points short by the end of the season – and no Europa League run either.

Without Hazard’s creative spark Chelsea win just 11 points from the first eight games of the season and score a measly five goals. Performances pick up slightly after this, although the campaign is peppered with inexcusable defeats to the like of Brighton, Leicester and Bournemouth.

The sheer number of games Chelsea draw (13, the most in the division) shows just how much the real-life Chelsea rely on Hazard for a moment of magic in tight games.

They are knocked out of the League Cup in the third round by Everton, the FA Cup in the fifth round by Newcastle, and the round of 16 of the Europa League to Inter Milan.

Best moment: A 2-0 win away at Spurs at the end of August. Goals from Gonzalo Higuain and Matteo Kovacic suggested Sarri had finally worked out how to get Chelsea playing…but it would prove to be their final victory against a fellow Big Six club.

Worst moment: How Sarri kept his job after the humiliation at Brighton is a mystery. Chelsea were 2-1 up after 80 minutes and cruising following red cards for both Gaetan Bong and Beram Kayal – but, incredibly, the nine men of Brighton came back to win 3-2. 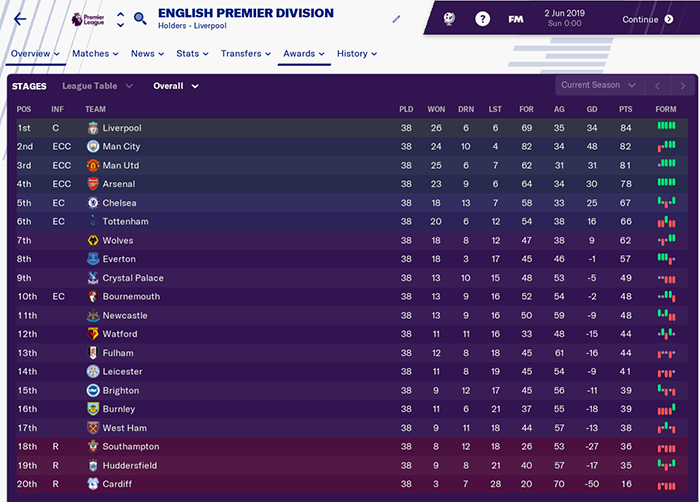 Not even Eden Hazard could patch up the structural flaws at Real and help them to a title challenge, but there is no doubt the Belgian played a big part in yet another successful Champions League campaign for Real Madrid.

A dreadful start to the campaign – five points from four – set up a miserable domestic year in which one win from their final five league games saw Santiago Solari’s side fall away from a half-hearted title challenge.

They were also beaten by Alaves in the Copa del Rey amid clumsy league form, although victory in the Club World Cup in December ensured Solari was given until the end of the season. That meant he presided over Champions League knock out wins against Dortmund and Tottenham before Real squeezed past Manchester United in the semis via a penalty shootout at the Bernabeu.

The Champions League final provided late proof that Hazard’s switch to Real was worth it. They beat Barcelona 1-0 in Madrid courtesy of a Gareth Bale goal, with Hazard providing the assist.

Best moment: Hazard was the bright spark for Real in a final dominated by their rivals. His assist was the only key pass completed by any Real player, the goal giving Solari’s side an unthinkable fourth consecutive triumph in the competition.

Worst moment: It looked as though Real Madrid were going to muster a title challenge after all when, in mid-December, they were only four points off the top following a string of victories. But a 1-0 defeat at Barcelona ended those dreams, a 74th-minute Luis Suarez goal the difference. Real would get their revenge five months later. 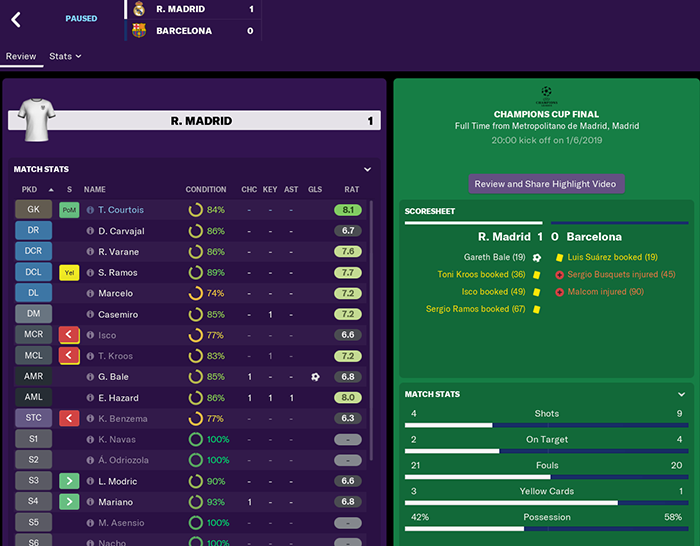