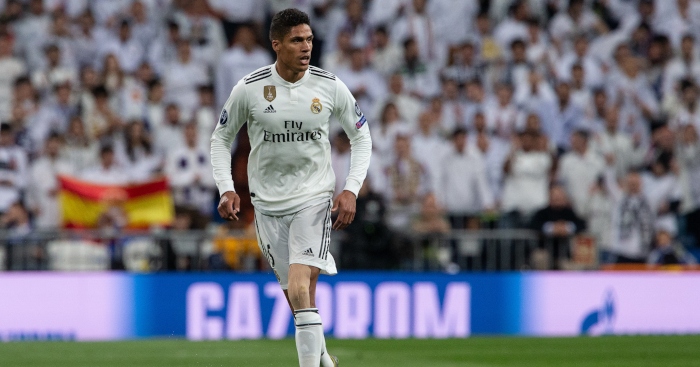 A humiliating 4-0 defeat to Everton at Goodison Park on Sunday has caused an earthquake in the red half of Manchester. The fallout from that performance still shudders on, past Wednesday’s Manchester derby defeat, and the effects of that torrid performance will continue to be felt long into the summer. The honeymoon period is categorically over, the thrashing at Everton final evidence that Manchester United need to completely rebuild.

Ole Gunnar Solskjaer understands the size of the task at hand, yet it is highly unlikely the board will sanction the sale of 10 or more senior players. Instead, a more realistic – and widely touted – situation is around £250million being made available to sign five big players, and many newspapers are reporting that the Norwegian wants to invest in youth.

The Independent reported last month that Solskjaer’s top two targets are Jadon Sancho and Raphael Varane, while The Daily Mail suggest that Aaron Wan-Bissaka, Declan Rice, and Saul Niguez are high on the shortlist.

These are the five names that appear in newspaper articles most frequently, and so we took to Football Manager 2019 to see what would happen if Solskjaer was able to land these targets ahead of the 2019-20 campaign.

First, we simulated the 2018-19 campaign with Solskjaer in charge and, fortunately, Manchester United performed similarly to real life – finishing sixth with 70 points. We then transferred Sancho, Varane, Wan-Bissaka, Rice and Saul to United to see if results would improve.

There were so many new faces arriving at Old Trafford fans and pundits were caught off guard by Alexis Sanchez’s sudden return to form. The Chilean scored in all four of United’s August Premier League matches in a perfect start to the campaign: four wins and zero goals conceded. Varane looked a good signing. Talk of a title challenge might have been premature, but Solskjaer’s men looked like the real deal.

September, however, was a reality check. It began with a diabolical 2-0 defeat at home to Burnley, and although a Romelu Lukaku opener at Tottenham one week later appeared to put them back on track, the hosts scored twice in the second half to condemn United to back-to-back defeats.

They won two of their three league matches in October, but a 3-0 defeat to Chelsea suggested Big Six matches will be a serious problem. It was a solid but unspectacular first three months, then, although only one of their new signings made an impact. 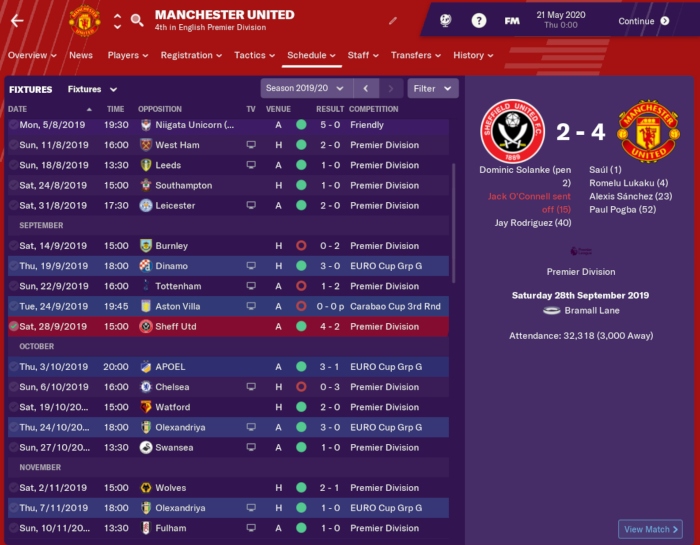 United played 14 league matches between November and January and – incredibly – they won every single match against the bottom 14 clubs in the division but failed to win any against fellow Big Six clubs. Sure, the 3-0 win at home to Everton or the 1-0 win away at Burnley were impressively relaxed, but the headline winter result was a 4-0 defeat to Manchester City. At Old Trafford.

The fans are unlikely to forgive Solskjaer for that one, although at the halfway stage United were just four points behind league leaders Liverpool. In fact, four wins from four in January made it pretty likely United would remain in contention for the Premier League crown come May.

In the cups, they were safely through to the Europa League knockout stages but beaten 1-0 by Arsenal in the FA Cup fifth round. 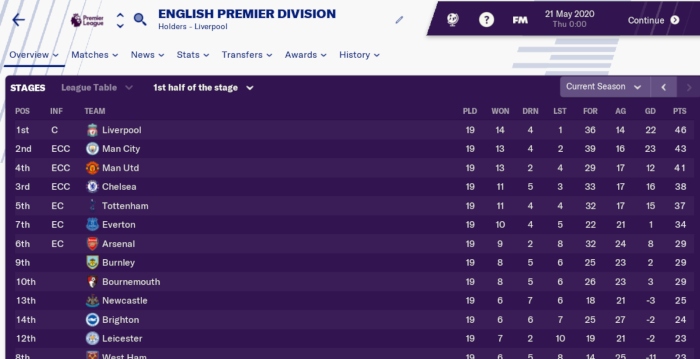 So close, yet so far. Results against the Big Six did notably improve, but at pretty much the worst possible time. A 2-1 win against Spurs at the start of February ended their miserable run against fellow title challengers, but bizarrely this led directly to three straight league defeats: Sheffield United, Chelsea, then Watford ended any hopes of a 21st league title.

United collected 24 points from the final 10 matches of the season – including big victories against Liverpool, Man City, and Arsenal – but that sequence was probably only because there was no pressure on them and little left to play for. United finish fourth, bringing Champions League football back to Old Trafford, but are five points shy of eventual league champions Liverpool.

How did the five new signings get on?

Saul in particular excelled, amassing 14 assists and scoring eight goals across 47 appearances in all competitions to give the central midfield an average rating of 7.15. Varane was also a big success, ending the campaign on 7.26 from 37 appearances, but the others weren’t so great.

Wan-Bissaka only made four appearances, Declan Rice started just 12 matches from central midfield and Sancho struggled to break into the team ahead of a resurgent Sanchez. Sancho played 15 matches and failed to score a single goal… but at least he put a rocket up his Chilean team-mate. 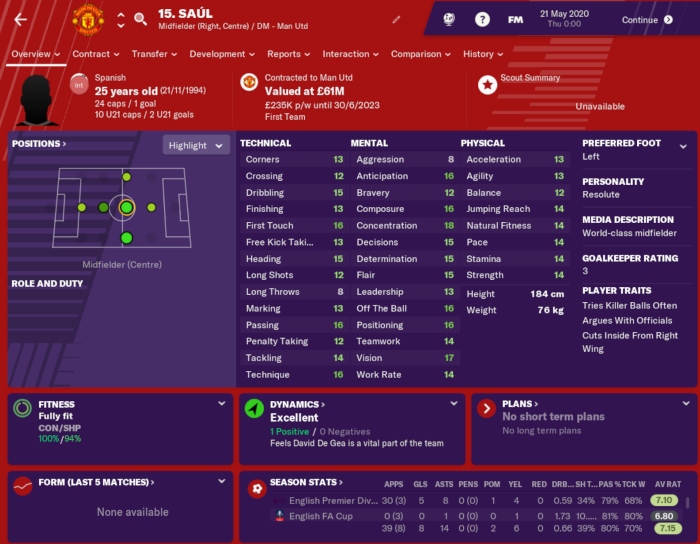