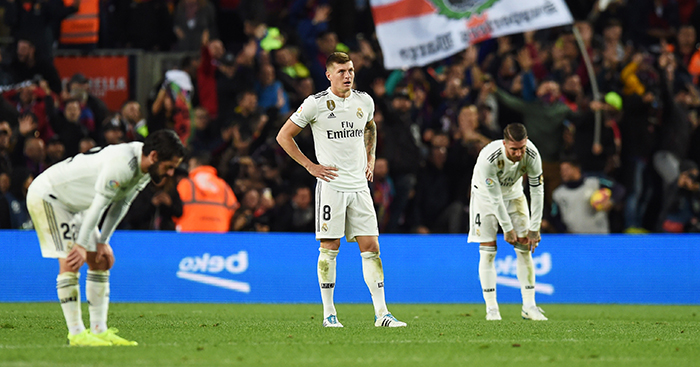 The chances of Santiago Solari being in charge of Real Madrid come the start of the 2019-20 campaign continue to dwindle as Los Blancos struggle and stutter their way through the season.

But it says an awful lot about Real’s existential crisis that Jose Mourinho and Mauricio Pochettino, polar opposite coaches in both their tactical and mental approach to management, remain the two favourites to take over from Solari.

We took to Football Manager 2019 to find out which manager would perform better, giving both Mourinho and Pochettino three seasons (from the start of 2018-19) to sort out the mess at Real.

But the rhythm of the season would emphasise the failures rather than successes: Real were top of the league and flying until February when a dreadful sequence of two points from the next five league games saw Mourinho implode like Julen Lopetegui.

Nevertheless, it was a pretty typical Mourinho first season and not unlike his second spell at Chelsea. Nobody would have complained when he was given £179million in the summer to restore Real to the summit of the division.

So close. An odd season of ups and downs (epitomised by winning their opening six games, then failing to win any of the next four) left Real one point top of La Liga on the final day of the season.

Back-to-back defeats in late March, followed by losing to Manchester United in the Champions League, had threatened to once again derail their campaign – but six wins on the bounce meant Mourinho simply had to win at 10th-placed Celta Vigo to lift the trophy.

James Rodriguez scored on the stroke of half-time, only for Maxi Gomez to equalise immediately after the break, and Real just couldn’t find another goal. Marco Asensio’s red card for violent conduct in the 84th minute summed up the sense of frustration.

Real went on to win the Spanish Cup a week later, but it didn’t feel like much of a consolation. 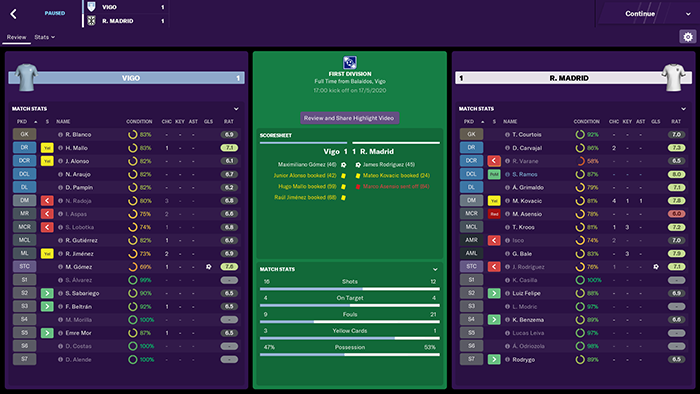 For a manager known for his surges and collapses, Mourinho’s time at Real was oddly consistent.

Another year of simple victories, off-set by sudden runs of defeats, saw Real finish third in the table with a mere 81 points – their worst tally in his three years at the club.

It was hardly a ‘Mourinho season’, but finishing 10 points behind winners Barcelona was enough to turn the tide against him.

The final straw was losing the Champions League final 2-0 – to Barcelona. The embarrassment being too much to bear, Mourinho was fired the very same day having won just one trophy in three campaigns at the Bernabeu. 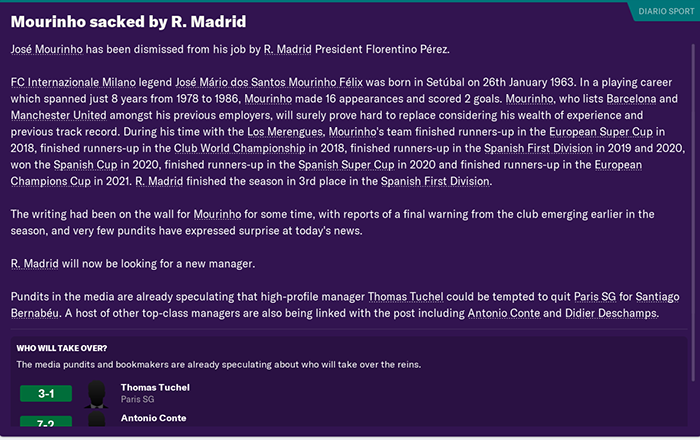 It turns out Mourinho’s first-year points haul was pretty spectacular. Bear in mind the sim was run from the start of the current season in which Real are currently fourth, a point ahead of Alaves and 10 behind Barcelona at the top.

Pochettino’s side did not fare any better in the virtual world, finishing fourth with a dreadful 75 points, qualifying for next year’s Champions League by just two points after losing three of their final five games.

The season could have been salvaged by Spanish Cup success, only for Real to lose to Atletico 3-2 in the final.

Pochettino enjoyed a summer spending spree similar to Mourinho, signing Ruben Dias, Rodrygo and Nabil Fekir in order to make the club competitive again. The Argentine was, however, hanging by a thread when the 2019-20 campaign began. 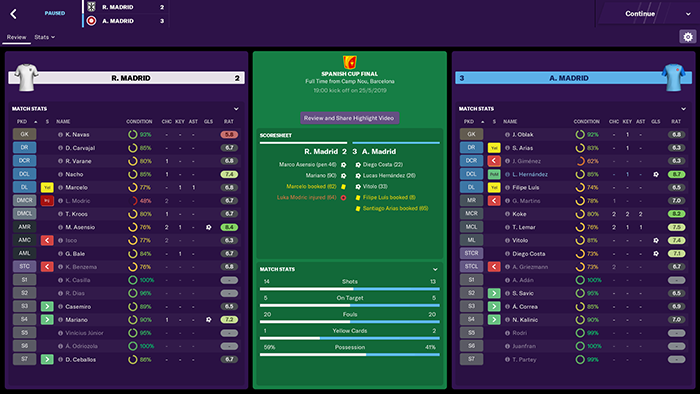 It seems as though that ignominious debut campaign created a negative opinion of Pochettino that the club just couldn’t shake.

By mid-June of 2020 he was sacked, despite winning the Champions League – coming back from 2-0 down to beat Chelsea 3-2 in the final – and missing out on the league title by a mere two points.

Or perhaps it was the crushing manner in which Real let the league title slip that did for Poch. They were one point clear at the top with three games to go and Barcelona, their nearest rivals, up next at the Bernabeu in an all-or-nothing El Clasico.

Still, firing the man was a tad harsh – it would seem the mess at Real is too big for even a virtual manager to fix, but second place and another Champions League next season would probably go down just fine in Madrid. 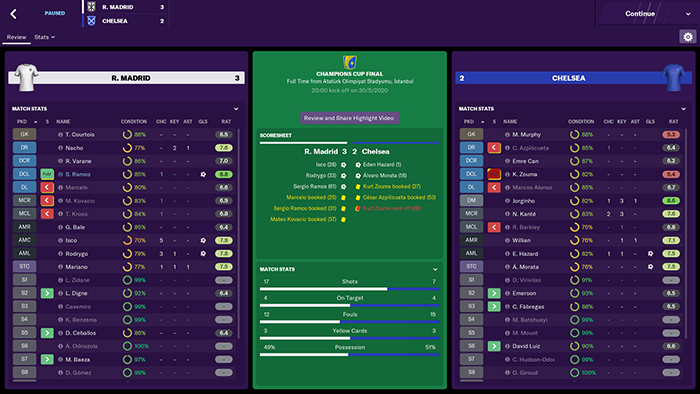 How Real Madrid’s signings post-Ronaldo have fared this season