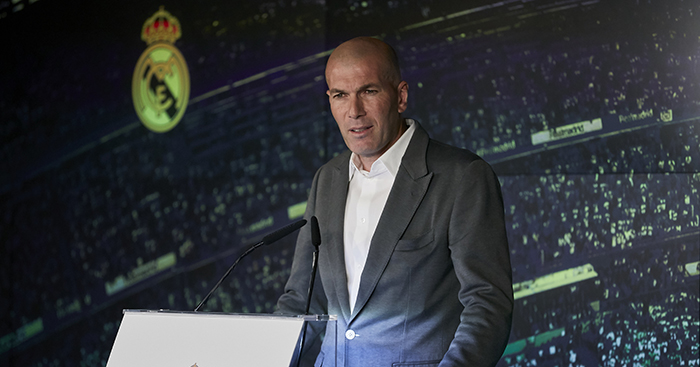 Real Madrid fans are delighted by the news that Zinedine Zidane will return to the club next season – but they must also be wondering how much better off they’d be if he’d never left.

Real’s re-appointment of Zidane as their manager came as a huge shock to most people in football, but once the initial rush of adrenaline had passed our most prominent thought was: what a pointless season 2018-19 has been, what a shambolic waste of time.

Not from Zidane’s perspective, mind. Although the details are currently unknown, the Frenchman has almost certainly secured considerably greater autonomy from president Florentino Perez and a host of personal promises, making the Real Madrid rebuilding job an attractive option for a man who previously felt his hands were tied.

But Perez must feel like he should have just given Zidane what he wanted back in May 2018, saving the club the ignominy of a dreadful campaign both domestically and in Europe.

So we’ve taken to Football Manager 2019 to correct Perez’s mistake, giving the reins back to Zidane from the beginning of the current campaign to see if he can do any better than Julen Lopetegui and Santiago Solari. Here’s how he got on…

Well, that was worrying. Real kicked off the campaign against rivals Atletico Madrid in the European Super Cup and, having marched into a 2-0 lead within the opening five minutes, lost 3-2 after extra-time.

A brilliant first period followed by a collapse; let’s hope that isn’t, I don’t know, a poetically perfect metaphor for what was to come in the year ahead.

El Clasico at the Camp Nou was the first game of the season, and considering Real finished 17 points behind Barcelona last year it was hardly a shock result to see the hosts win 2-1, courtesy of goals from Arturo Vidal and Luis Suarez.

It was another fairly ominous sign, however, that World Cup Golden Ball winner Luka Modric was sent off for a two-footed lunge near the end. 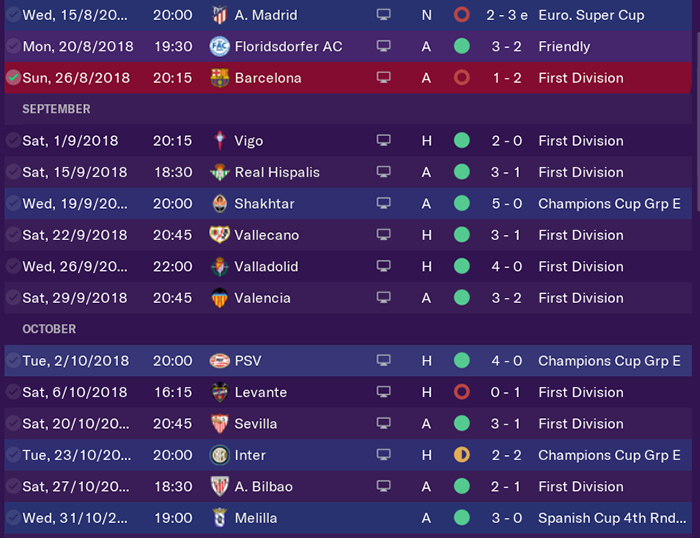 Real picked up after that, winning the next seven matches in all competitions, the biggest difference compared with real life being that Zidane gave new signing Mariano (largely ignored by Lopetegui and Solari) plenty of game time, while Vinicius Junior became a regular far sooner than in our world.

But there was no escaping the fact this Real team has obvious flaws, which perhaps explains why Real fell to a 1-0 defeat at home to Levante in October despite the visitors playing with 10 men from the 23rd minute.

Gareth Bale did nothing. Sergio Ramos made the error. Tiny cracks were appearing.

Nov-Jan: Nothing can go wrong

Following defeat to Levante, Real went on an 11-match unbeaten run in La Liga, qualifying for the last 16 of the Champions League, reaching the quarter-finals of the Copa del Rey, and winning the Club World Cup in the process.

Zidane lifted his 10th major trophy as Real manager by beating Al-Sadd 5-0 in the final.

The main headline from this third of the campaign was that Bale is back, somehow playing regularly under Zidane and scoring for fun. Mariano was also a frequent goalscorer, while some superb performances from Raphael Varane led to 10 clean sheets in all competitions across these three months.

In fact, at the halfway stage Real Madrid sat top of the table with 45 points, two ahead of Atletico and four clear of Barcelona. Zidane’s genius has made Real’s transition to the post-Ronaldo era completely seamless, amassing 10 points more than in the previous campaign.

But then Real crash back down to earth on January 26. Barcelona win 3-0 at the Bernabeu, completing the double over their rivals and closing the gap on a humiliating day for Zidane. Real look old and tired.

But it’s just a blip, right?

Let’s skip straight to the end: in the second half of the season Real Madrid collected 34 points from 19 matches, a points-per-game average that’s even lower than that of real-life Real Madrid as of March 13 (1.79 compared with 1.89). The total collapse of Zidane’s season is pretty spectacular, with historians pointing to that demolition at the hands of Barcelona as the moment Real psychologically broke.

Among some horrible results domestically (at one point they went on a five-match winless run of home fixtures, with a 2-0 defeat against soon-to-be-relegated Real Betis the lowlight) Real Madrid did at least go peak-Zidane by somehow getting through to the semi-finals of the Champions League.

A 2-1 win against Paris Saint-Germain at the Bernabeu saw them squeeze through to the last eight before a 4-2 aggregate victory against Atletico in April.

They lost to eventual winners Manchester City in the semis; Zidane failing to win the Champions League for the first time in his managerial career.

Eight points from the six La Liga games in April saw Real sink right down to fourth in the table, so when City advanced in the Champions League it looked as though Zidane’s time was up.

But the troops rallied, and four wins from four in May provided some optimism for the following campaign.

Real finished on 79 points, eight more than projected in real life, and went considerably further in Europe – but ultimately it turns out not even Zidane could have prevented Real from suffering without Ronaldo.