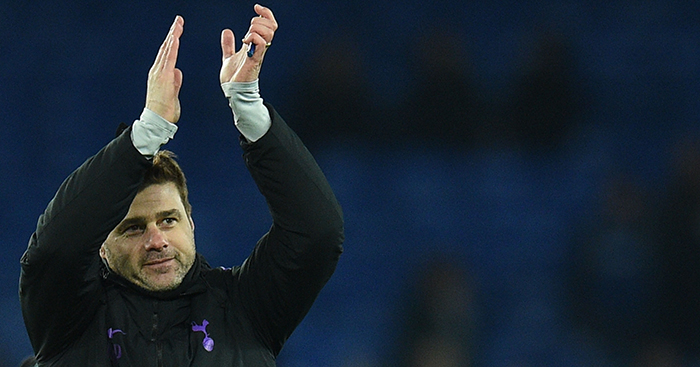 Tottenham have managed to stay in touch of the top of the Premier League even without Harry Kane and Dele Alli in recent weeks – but how much better off might they be had Mauricio Pochettino actually signed some new players?

Spurs are just five points behind the league leaders with a game in hand over Manchester City, yet despite their continued good form – even without Kane and Alli – most pundits refuse to accept they are genuine title challengers.

That’s mainly because Pochettino can’t rely on the strength in depth of either City or Liverpool, thanks largely to the cost of the new stadium severely limiting their ability to spend big money on players.

So we thought we’d correct that. Taking to Football Manager 2019, we gave Pochettino £300million to spend on new players to find out just how far he could take the club if only he had the sort of budget available to Pep Guardiola (and, increasingly, Jurgen Klopp).

By the end of the first season he had spent over £300million, recouping £50million via the sale of several fringe players including Serge Aurier and Erik Lamela.

Perhaps he signed too many players at once, or perhaps too many who had no experience of English football, but whatever the reason, results did not improve.

It was a season of dramatic ups and downs, with Spurs winning their first five leagues games and all nine in December – only for rough patches in October and April to cost them a title challenge.

Spurs were knocked out by AS Monaco in the second round of the Champions League, Arsenal in the sixth round of the FA Cup, and Leicester City in the League Cup semi-final.

Not a disastrous start, but no evidence so far that Levy should open his chequebook more regularly. 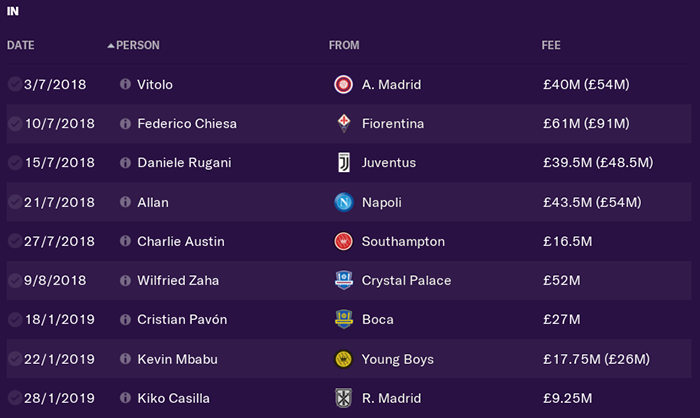 OK, here we go: another £100million was spent in the summer of 2019, with wonderkid Sandro Tonali the marquee signing, and after adding Casemiro in January, Tottenham finished as runners up to Manchester City – their highest league position since 2015-16.

Sloppy defeats in August and September, following by a four-game winless run in November, meant Spurs were never serious challengers (they finished 10 points behind City), but progress was clearly being made.

Highlights included a 2-1 win at the Emirates, in which Alli scored within the opening 30 seconds, and a 3-0 triumph over City in the Community Shield – Pochettino’s first trophy (they all count).

But it was after Casemiro’s arrival that the new era really got going. Pochettino’s side won 37 points from their final 14 games of the season to spark excitement for what was to come the following year.

More significantly, they won the FA Cup, beating City 3-2 after extra-time courtesy of goals from Alli and two from Gerard Morelo, a Spurs back-up striker who actually scores goals.

Finally, the yeah-but-has-Poch-ever-actually-won-anything debate was put to bed. Tottenham were on a clear upward trajectory and surely, having got the taste for silverware, 2020-21 would be their year. 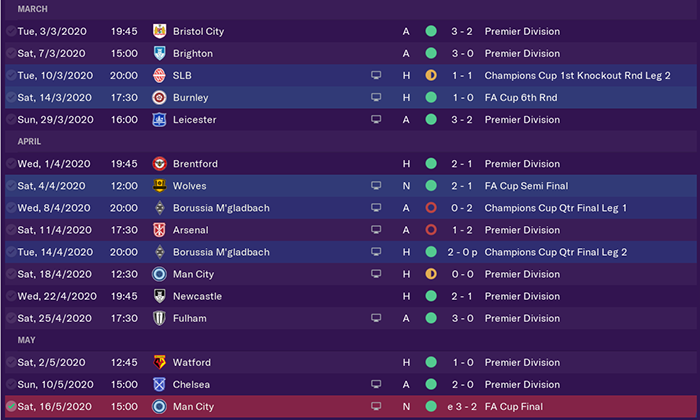 How could this happen? Well, it all started when Pochettino inexplicably splashed £71million on Inaki Williams, a decent but nowhere near world-class right winger who flopped in his debut year in England.

In truth, what did it for Poch was the owners’ impatience; the club had obviously expected Spurs to be challenging for major honours by now, and indeed they were only six points off the top at the halfway stage.

But a 3-1 defeat at AC Milan in December condemned Spurs to the Europa League as whispers of discontent began to get louder.

And then everything suddenly unravelled in late December and early January: Spurs lost three consecutive league matches, against Liverpool, Arsenal, and Man City, to confirm they were still a rung below the elite clubs – and that Pochettino did not have what it takes to make the final step.

You would have thought the FA Cup win would buy him more time, but instead he was a victim of his own success. Expectations were sky high, defeats against the big clubs too humiliating to bear.

Incredibly, Pochettino was sacked on the day of that third defeat. Carlo Ancelotti came in, but results didn’t improve as Spurs crashed out of every competition.

As our simulation came to an end, Pochettino was favourite to take charge of Bournemouth. This isn’t how we thought things would go.