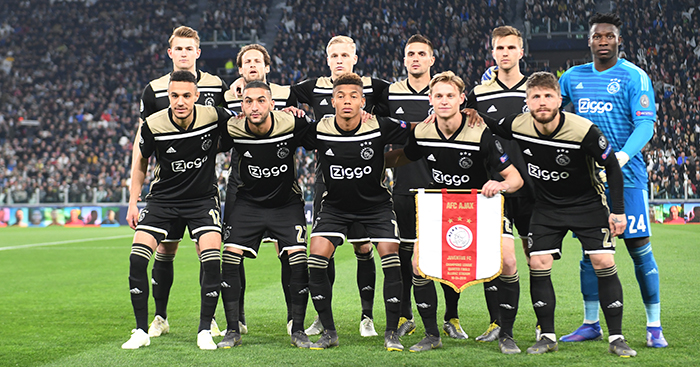 Ajax’s success in the Champions League comes with the sad inevitability that their best players will be poached by richer clubs – but what does Football Manager expect for their stars?

No matter what happens in their semi-final against Tottenham Hotspur later this month, the current crop of Ajax players will forever be remembered for their successes this season. Knocking out both Real Madrid and Juventus has shown the value of hard work and team ethic in an age of wealth and individualism, offering hope to those outside the elite.

But there are some incredibly talented young footballers in the Ajax team, which a couple of years from now will look as implausibly stuffed with superstars as that AS Monaco team of 2017.

Monaco had Kylian Mbappe, Bernardo Silva, Thomas Lemar, and Fabinho as their core, all of whom have since become stars of the game elsewhere in Europe. The same is likely to happen to a group of young Ajax players.

Frenkie de Jong has already agreed to join Barcelona for more than £60million, and the Spanish giants are among several top clubs who’d love to sign Matthijs De Ligt this summer, too.

These two were always tipped for stardom, but 22-year-olds David Neres and Donny van de Beek have also emerged as candidates for the world’s biggest clubs during Ajax’s remarkable run to the final four of the Champions League.

We took to Football Manager 2019 to find out what will happen to these four players over the course of their careers, simulating 15 years in order to reflect on their achievements in the game.

Ajax didn’t even make it through the group stages of the Champions League in our version of 2018-19, and De Jong moved to Real Madrid instead of Barcelona.

He spent three years at the club, playing semi-regularly and lifting one La Liga title, before being shipped off to Lazio on loan for a year.

This gave him new credit in Italy, prompting Juventus to spend £47.5million on the Dutchman – but he only lasted a single season in Turin (winning the title) before joining yet another super-club, Paris Saint-German.

And so begins one of the most ridiculous careers in football history. By this point, in what can only be described as an extremely ominous sign for us all, PSG were simply stockpiling players and sending them out on loan year after year. Who knows what the masterplan is, but it seems like a power trip, and De Jong spent six years on loan to (mostly) Roma and Barcelona.

Eventually, De Jong escaped limbo and joined Roma on a free, spending two years in Italy to bring his total seasons in Rome up to six.

By the time he wound down at Nantes, De Jong had won five league titles in three countries with four different clubs, yet his peak years were all spent at under-performing Roma. None of it quite makes sense. 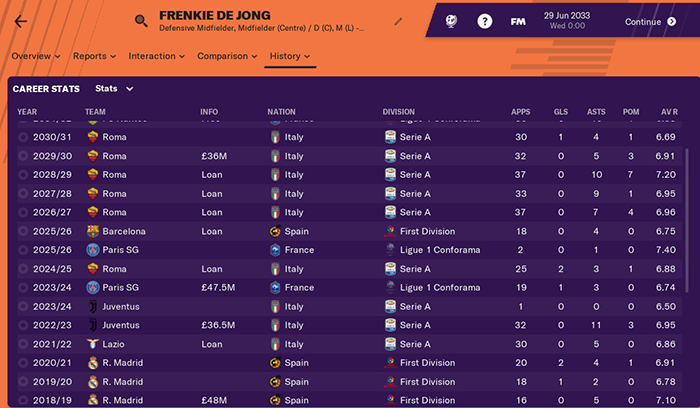 Now this is a proper career. De Ligt moved in the summer of 2019 to join Manchester United for £50million – and he didn’t leave until June 2036, retiring a United legend having made a grand total of 677 appearances for the club.

Across those 17 years he won eight Premier League titles, three Champions Leagues, three FA Cups, and one Europa League trophy. The majority of that success came in a blitz between 2027 and 2033 when United won seven out of eight league titles under Carlo Ancelotti and then Antonio Conte.

De Ligt was captain for most of that period and, even more importantly, was captain of the Dutch national side when they lifted the World Cup in 2030. He is listed as a “legend” for both club and country, and rightly so. 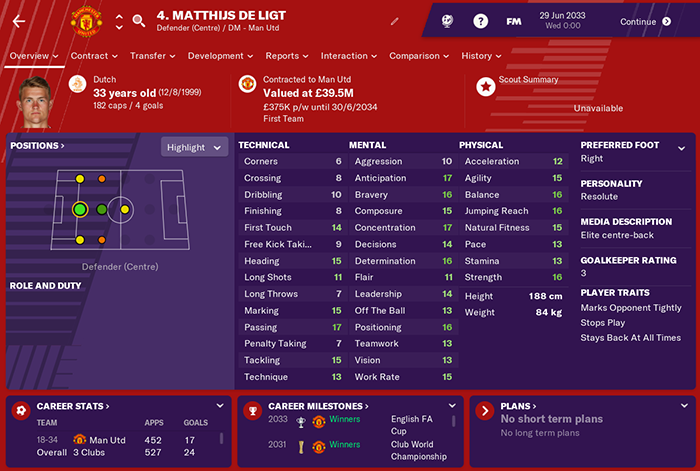 He might not be as talented as De Ligt or De Jong (not in FM19, anyway), but Van de Beek enjoyed a career to rival any player of his generation.

Another one to leave Ajax in the summer of 2019, he spent two years at Borussia Dortmund – winning the Europa League – before a big-money move to Manchester City.

He spent eight years at the Etihad, winning three Premier League titles and one Champions League, before joining Real Madrid in 2027. He won three La Ligas there but could not add to his trophy cabinet in European competition.

Indeed, Van de Beek had a bit of a habit of being in places at just the wrong time. He left City the year they won their second Champions League, while Real lifted the trophy shortly after he left the Bernabeu, too.

More devastatingly, Van de Beek was omitted from the Holland squad that won the World Cup – although he did help the team win the European Championships in 2028. 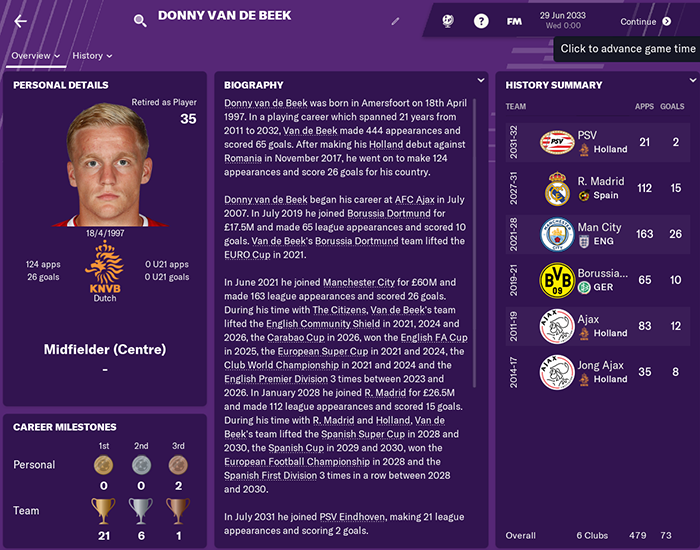 And finally we come to a man who FM19 doesn’t rate too highly, something that will no doubt change for the next edition of the game given Neres’ superb form in the Champions League this season.

Neres spent a couple of years at Ajax before joining PSG as a squad player, the highlight of his career coming in 2022 when the Parisians won the Champions League.

Aside from that, Neres played at a slightly lower than elite level, moving to Everton, Marseille, and RB Salzburg in a decent but unspectacular career.

He retired at 36, without a single international cap to his name, to become a head of youth development. Nobody employs him. 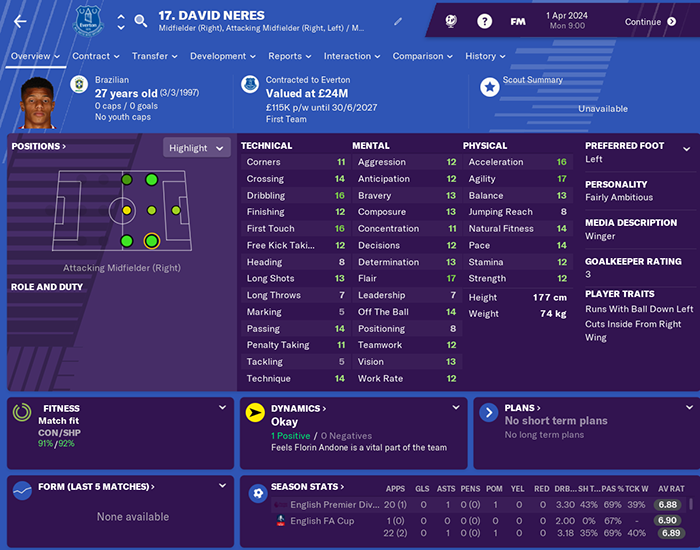