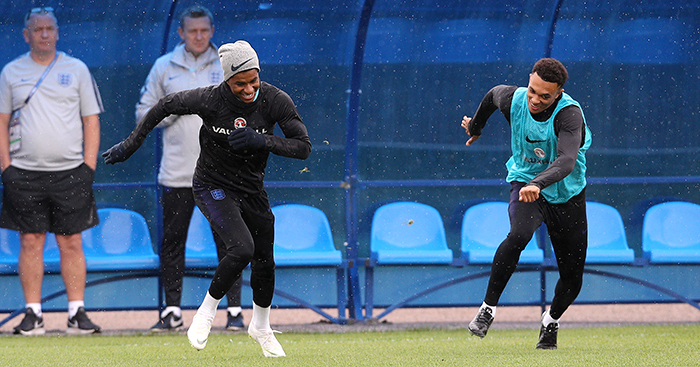 After England triumphantly eased through their first two games in the Euro 2020 qualifiers with a youthful squad there is a growing sense that the nation’s future is very bright indeed.

Some of the most highly-rated young players in world football are English, and although few of these are currently playing regular first-team football, Callum Hudson-Odoi’s senior debut has raised expectations surrounding the current crop of teenagers.

We have chosen one under-21 player from each of the Premier League’s Big Six and used Football Manager 2019 to track their entire careers, to find out how the FM19 team – with their extensive scouting network – predicts they will get on.

A true Liverpool legend: that’s the only way to describe Trent Alexander-Arnold, who on retiring in 2036 had played 561 Premier League games for the club and hundreds more in other competitions.

He was a one-club man and seemingly a permanent fixture in the side for 17 years, hitting over 30 league appearances for 11 years in a row at one point.

In that time, he won three Premier League titles, four FA Cups, and three Europa Leagues – plus Euro 2020 and a World Cup with England in 2026.

His final league win was in 2035-36, meaning Alexander-Arnold promptly retired having been a first-team regular throughout Liverpool’s title-winning season. Now a fitness coach, he is officially listed as one of the club’s ‘icons’. 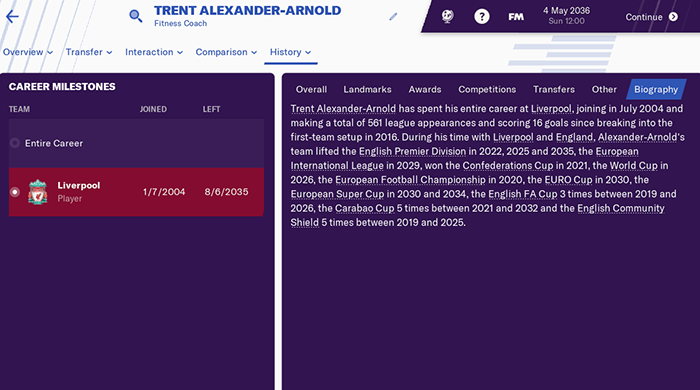 Rashford’s career is the most bizarre and interesting of all the players we selected. He won the Premier League title with Manchester United in 2020 but was only a squad rotation player for that season and was sold in the summer to RB Leipzig.

But Rashford lasted just a year at Leipzig (winning nothing) before joining PSG for £80million, where he lasted just two years and also won nothing.

Now seemingly entering his prime, Rashford’s move to Valencia in 2023, and subsequent unsuccessful season in Spain, suggested his talent was never going to flourish.

But then, in 2024, United paid £58million to bring him home and everything changed. Over the next five years, Rashford won the Premier League three times, the Champions League, the FA Cup, the Club World Cup and the 2026 World Cup.

Rashford’s turned out to be an incredible redemption story. 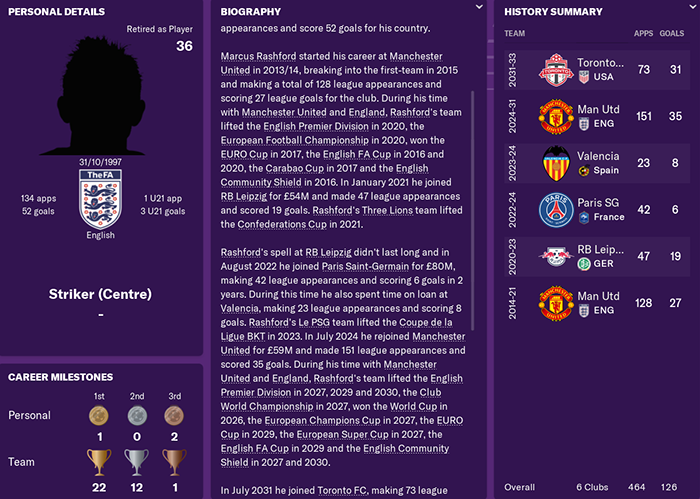 Oh Phil, why on earth did you fritter away so many years at Villarreal?

Foden developed into a world-class talent on Football Manager 2019, his attributes among the best for a central attacking midfielder, and so it is no surprise he broke into the Manchester City first team – staying there until 2024. In that time he won two league titles and a Champions League.

But then, inexplicably sold to Villarreal, Foden spent the next 10 years unnecessarily becoming a club legend as the Spanish side repeatedly finish fourth or third in La Liga.

He won just one Copa del Rey in that time and, worse still, was left out of the England squad for their 2026 World Cup triumph.

Regularly hitting double figures for goals and assists, Foden wasted his talent outside the elite.

Sat in the middle of this list in terms of achievements in the game, Reiss Nelson had a solid but unspectacular Premier League career.

He remained an Arsenal player until 2025, featuring in more than 20 league games per season consistently, although ultimately he was always more of a squad player.

Chelsea signed him for £19.5million and he filled a similar role there until winding down in his thirties with Stoke City, Wolves, and RB Salzburg.

However, Nelson’s career was not without its highlights. He was a member of the 2026 World Cup-winning squad, and although he was at Arsenal during a dreadful baron spell, Nelson won the League Cup and FA Cup as a Chelsea player. 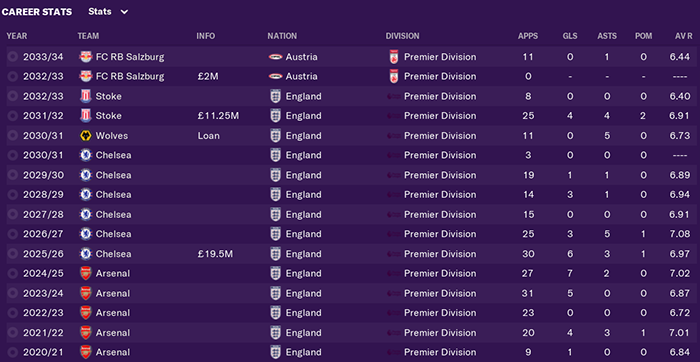 Incredibly (even for a Chelsea player), Hudson-Odoi spent the first seven years of the game bouncing around on loan to high-profile clubs including Sevilla, Wolves and Roma, amassing almost 150 senior league appearances in Spain, England and Italy before eventually leaving Chelsea on a free transfer.

In retrospect, those early years on loan were the highlight of his career.

Hudson-Odoi joined Nurnberg in 2025 on a free transfer, and after four decent – if unspectacular – seasons at the club he was signed by Arsenal for £40million in 2028.

It was a big waste of money. He played only seven times that year, 13 the next, and then Stoke bought him for £9.5million. Hudson-Odoi’s career kept on falling as it became clear his pace and dribbling were at their peak in his early 20s.

He won zero trophies and was relegated twice.

The most promising English player under 21 at Spurs never really made the grade at the top level of the game, but Josh Onomah did still manage nine years playing regular Premier League football for a mixture of Spurs, Stoke (again), Wolves and Everton.

He didn’t win a single trophy in his career, although early signs suggest Onomah could become far more successful as a manager than a player. When our simulation stopped, the 39-year-old was Norwich’s under-23 manager and boasted some pretty impressive coaching stats. 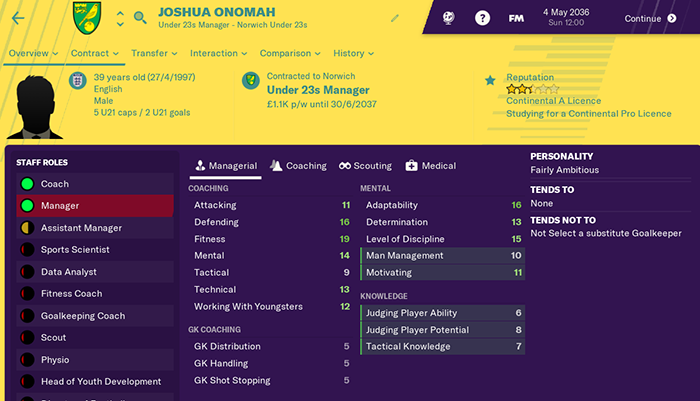