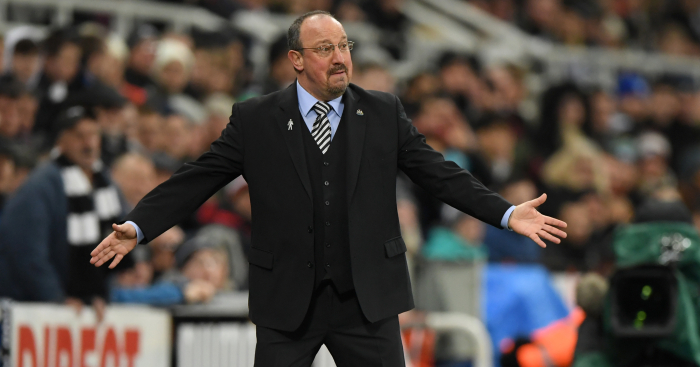 Rafa Benitez continues to impress with next to no transfer budget at Newcastle United – so just what could he achieve if he was actually backed by Mike Ashley?

In the 11 years since buying Newcastle, Ashley has taken huge sums of money out of the club, turning a stable top 10 Premier League side into a “yo-yo club” (to borrow a phrase from Ashley’s most loyal business associate Rio Ferdinand) and failing year after year to give Benitez the transfer budget the Magpies ought to be able to afford.

Victory over Manchester City on Tuesday night was confirmation of Benitez’s enduring talent as a top-level manager, begging the question: just how far could the club go if Ashley gave his manager a proper war chest?

To test this theory we used the Football Manager 2019 Data Editor to give Benitez £150million – plus a sizeable wage budget – and played the game through for as long as it took the Spaniard to spend all of the money.

As it turns out, old habits die hard: by the time our game finished, in May 2021, Newcastle had just about managed to spend £150million net over the previous three seasons.

In real life, Newcastle made attempts to break their transfer record in August 2018 but struggled to attract players while doubts remained over the club’s ownership and the long-term future of Benitez.

That hesitancy translated to the game, with the Magpies failing to spend a single penny in the first summer.

Performances mimicked real life too. At the halfway stage Newcastle had 20 points from 19 matches (three more than in our world), and by the end of a winless January, relegation looked certain.

Or at least it would have done, had Benitez not splashed £42million on Florinel Coman, Nathanial Clyne and Marouane Fellaini. Benitez and Fellaini: we can’t quite believe it’s never happened before.

The Belgian played a big role as Newcastle won 22 points from their final 14 league games, finishing 13th. Spookily enough, the best moment of the campaign was a 2-1 victory over Manchester City in May, when a Salomon Rondon goal helped the Magpies overturn a one-goal deficit. 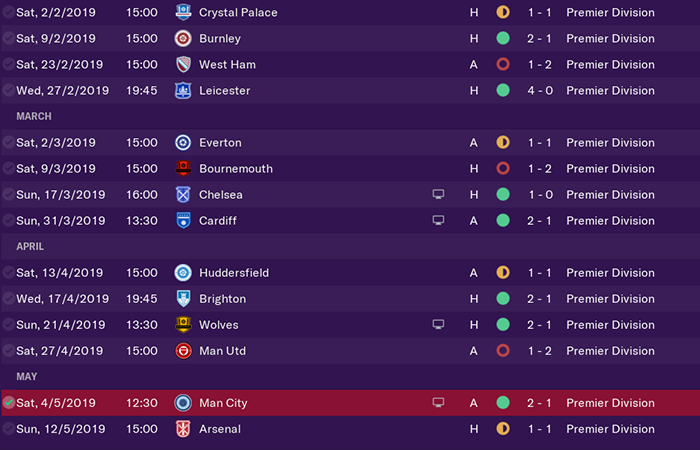 Buoyed by Newcastle’s strong finish to the 2018-19 season, Benitez was able to attract big names.

June 19, 2019 would prove to be an historic day for the club, the moment their transfer record was smashed – obliterated – by a £56million signing that ushered in a new era of big spending and even bigger dreams. Because June 19 was the day Newcastle United FC signed… Harry Wilson. Ah.

What on earth happened there? Wilson, a Liverpool academy graduate finishing up an uneventful loan spell at Derby, had shown talent, but £56million was a preposterous sum.

No matter: Benitez had plenty more to do, spending the rest of the summer signing ‘experienced’ and ‘established’ Premier League stars like a desperate newly-promoted club getting excited by all the famous faces.

Yannick Bolasie, Kevin Wimmer, and Lewis Holtby were the ‘standout’ additions. To make matters worse, Jonjo Shelvey was sold to Chelsea and, unsurprisingly, by the time January rolled around Newcastle were 12th with just 23 points from 19 games.

Things kicked up a notch in January, however. Alexandre Lacazette and Ross Barkley joined the club, taking Benitez’s spend up to £147million on 16 players.

The second half of the campaign was a bit better, 28 points taking their total to 51 – just nine behind Burnley in seventh. Was a new dawn approaching? (No, it wasn’t.) 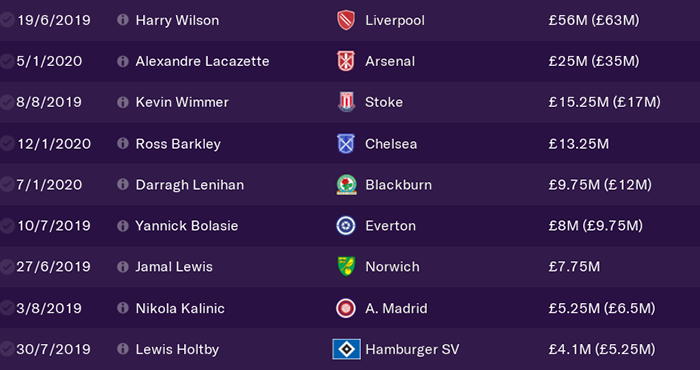 When news of Benitez’s dismissal broke and journalists poured over the debris of his tenure, it was what best characterised the era, what best to splash over the back pages. Harry Wilson: £56million, 56 appearances, nine goals, six assists.

The summer of 2020 had seen yet more turnover at Newcastle with high-profile flops like Bolasie, Fellaini and Holtby hurriedly moved on along with 13 others.

£97million was spent, but none of the signings really stood out, aside from Fernandinho (on loan) and James Milner – both of whom were way past their prime and frankly turned the club into a bit of a laughing stock.

Newcastle failed to win any of their first five league games of the season, then went on a promising 11-match unbeaten run, then lost all six of their matches in December, then won five of seven in January.

This wildly erratic form stabilised from February to May – but not in a good way. Failing to win any of his final five Premier League games, Benitez was dismissed on May 9.

What did we learn? That you can’t trust Benitez with money, that he’s over-rated, and that Mike Ashley is absolutely right to take all that money out of the club?

OK fine, we didn’t learn anything.