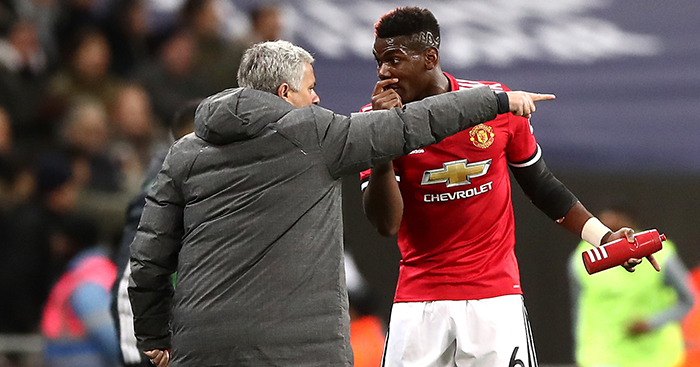 Jose Mourinho has dropped a strong hint that Manchester United‘s bosses saw him as being less important than Paul Pogba – so how might it have been different for him at Old Trafford had player power not been an issue?

The feud between Mourinho and Pogba is considered by many to be among the main reasons why the Portuguese was sacked in December, and although Pogba has recently assured Ole Gunnar Solskjaer he has no plans to leave the club, the Frenchman had reportedly wanted to join Barcelona last summer.

That was just the start of the problems with Mourinho, however, who seemed perpetually unsure of whether he could trust Pogba.

In many ways their public arguments highlighted the manager’s increasing inability to communicate with the younger generation, to adapt to the new demands of top-level management.

Mourinho stoked the fires again this week when he referred to Pogba as “His Excellency” during a coaching seminar in Portugal – and suggested he would have been fired had he dealt with a bust-up in the way he would have liked.

Well, he was fired in the end, and perhaps Pogba really did have something to do with it.

So we loaded Football Manager 2019 to see what would happen if Pogba had left the club in the summer of 2018: would Mourinho have lasted the season? Would performances have improved without the Frenchman’s influence? There’s only one way to find out…

Mourinho decides not to directly replace Pogba (or perhaps Ed Woodward doesn’t give him the money), and instead the only new acquisition is RB Leipzig’s Emile Forsberg, a left winger signed for £38million who manages nine league goals in his debut campaign.

It’s an astute bit of business that captures the mood of a pretty decent though unremarkable campaign for Mourinho without the pesky influence of Pogba.

With the players happy to indulge his tactical methods, United go on an 18-match unbeaten run in the Premier League from August to late December, and at the halfway stage are behind Manchester City on goal difference alone with 46 points. 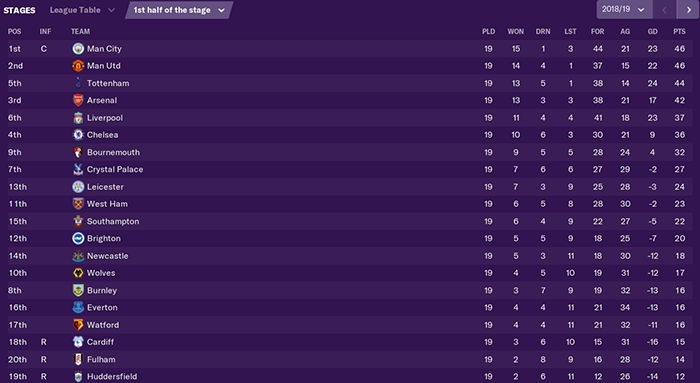 The football is wholly uninspiring – five clubs have scored more than their 37 goals – but results are all that matter.

Except then things get a lot, lot worse. Back-to-back defeats over Christmas to Spurs and Everton knock them off the top, and following a strong January, February proves pretty disastrous for the club. United lose twice in the league and are beaten 2-0 by Atletico Madrid in the first leg of their second-round Champions League tie, a result they are unable to recover from.

Mourinho wins the League Cup but loses in the FA Cup sixth round, and United win only five of their final 11 league games of the season, finishing second with 82 points.

Does that count as a good season? Or was that second-half collapse a sign that the end is nigh?

Cleansed of Pogba, United need a new central midfielder and Mourinho lands Segej Milinkovic-Savic for £77million, part of a £215million spree that also sees Ross Barkley, Benjamin Pavard and Marcus Alonso join. Now this really looks like a team capable of challenging for honours, and all of them fighting for the manager…

Or not. A decent start to the season is thrown into disarray following a 2-0 defeat to Barcelona in the Champions League group stage, and United then pick up nine points from eight league games between October 26 and December 14. 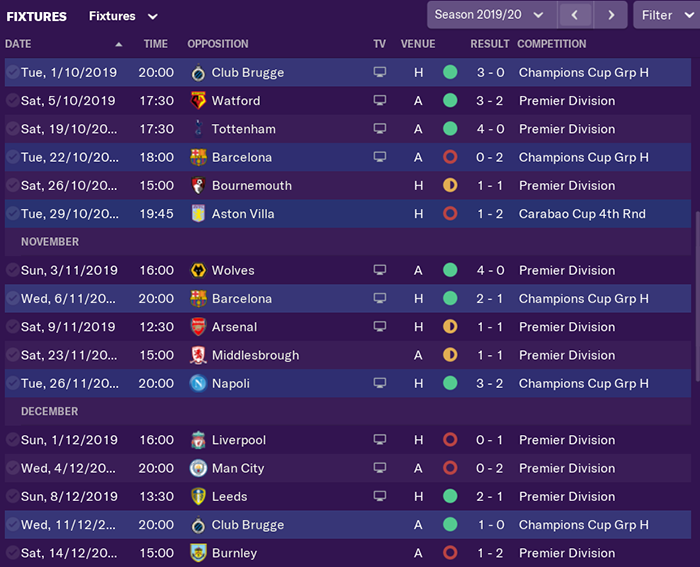 Inevitably there are calls for Mourinho’s head, and inevitably the loss of form is interpreted as a classic Mourinho collapse. Five consecutive league wins through the rest of December help United stabilise, but from there it’s all bad news.

They win just once in January, stumble wearily through February and March (getting knocked out in the Champions League second round by Paris Saint-Germain), and then fall apart completely over the last two months of the season.

It is a huge surprise that Mourinho lasts as long as he does, the boot coming on May 12 – the Monday after the season ends. Before then, United lose five of their final seven matches in all competitions, including an FA Cup semi-final to Liverpool.

They finish sixth, on a measly 63 points. That’s one point fewer than the David Moyes season. It turns out Pogba wasn’t the problem. 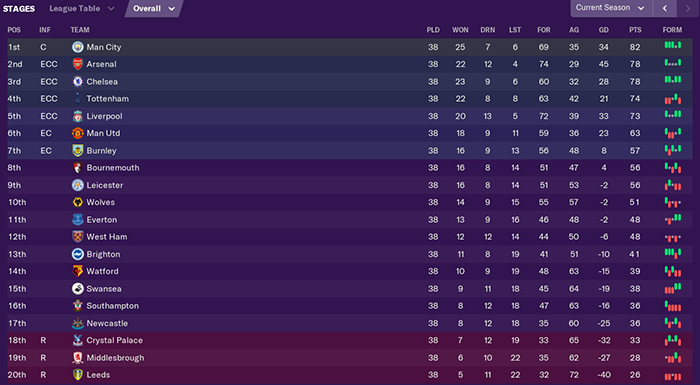