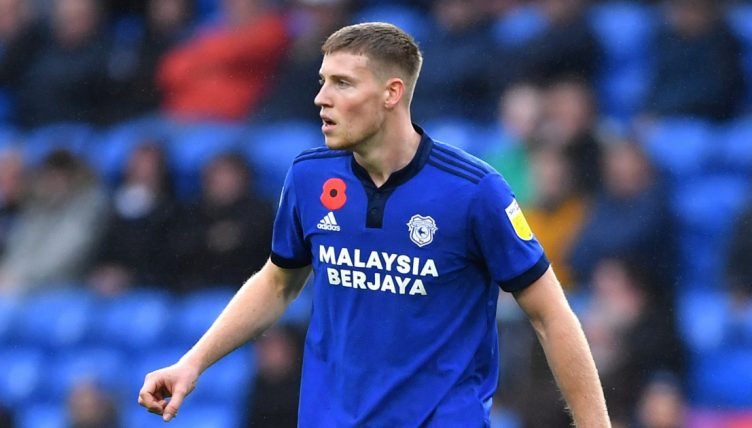 Securing a wonderkid for your team is one of the best feelings you can get from Football Manager 2022. It’s even better when they’re a hidden gem, and so few others who’ve played FM have had success with the same player you have.

But finding them can be hard and sometimes no matter how many scouts you send out looking, they just bring back nothing.

Other times you might find the perfect player, but you have no hope of signing them because they cost just too much money or are tempted away by bigger and better clubs.

It can be a frustrating experience, but that’s where this list steps in.

We’ve looked further afield than the usual places and trawled through Europe’s second divisions in an effort to find the best wonderkids that they have to offer.

So from the Italian Serie B to the Spanish Segunda Division and the English Championship, here are seven of the best hidden gem wonderkids from Europe’s second flights. Enjoy.

In the little city of Brescia, about two hours drive east of Milan, young footballers have routinely emerged as the next stars of the Italian game.

And, where once there was Andrea Pirlo and more recently Sandro Tonali, now stands Papetti as the next big prospect out of Brescia Calcio.

A centre-back, 19-year-old Papetti is predicted to go on to big things and he could help your FM22 team out to no end.

He has fantastic all-around stats from the get-go, with 14 heading, 12 tackling, and 13 marking the standouts. As well as that, 16 determination should help him fulfill his potential.

You should be able to get him for around £5million or less. Perfect as a long-term investment for a bottom-half-of-the-table, top-flight side.

Born in England, Mark McGuinness is an Irish Under-21 international and it’s likely he’ll soon become a senior international.

He might be eligible for England, but with a name like that he’s sort of got an obligation to pick the Emerald Isle as his national team and it makes him an even better pickup in FM22.

He’s 20 years old and joined Cardiff last season after leaving Arsenal’s academy, but you can pick him up in the January transfer window or the following summer.

You’ll be wanting to do so. With 15 heading, 15 strength and, get this, 18 jumping reach, he’ll be a monster in both boxes and have you yelling ‘slainte’ while you drink a pint of the black stuff.

It took Kostas Tsimikas a season to get going, but he’s looked to be a solid rotation option for Jurgen Klopp’s Liverpool this season.

So with Greek left-backs all the rage, why not pick one up for yourself?

Introducing Zagaritis, whose great name is matched only by his ability. Some decent physicals pair well with his impressive mental attributes which include 15 determination, 15 work rate and 14 teamwork.

His technicals need work but at just 20 and with those mentals, they will surely come with time. He’s not a first-team regular for Parma in Serie B, so you should be able to pick him up on loan or on a permanent deal.

Perfect for fellow second-flight sides, you should be able to prise him from Parma for about £6million and much less if you utilise instalments. Alternatively, his wage of around £3000 means he should be simple enough to loan.

Here he is skinning defenders back when he played for Panathinaikos. Lovely stuff.

We’ve mentioned Malaga right-back Casas before as one of our five best signings to make for Barcelona in Football Manager 2022. We think he’s that good.

Cheap, tonnes of potential, and with even more resell value, he’s a no-nonsense pick for pretty much anyone who can afford him.

He’s got 15s in acceleration, pace, and natural fitness while his 16 bravery and 12 crossing also stick out.

The youngster shouldn’t cost you a lot and is wanted by several clubs at the start of the game. Beat them to it.

He might be the future of Derby, but football is a cutthroat game.

Thankfully, by taking Sibley from the Rams in FM22 you’re not harming them in real life and he should only cost you around £10million, if that.

If you’re managing a side like Norwich, he’s perfect. Aged just 19, the midfielder has stats that are so well rounded there are only eight below 10 and those are all about 9.

He’s versatile, young and he’s got potential. Future captain is written all over him.

We’ve had two players in Serie B, two from the Championship and now two from Spain’s Segunda Division, and whilst we’d love to have more players from more obscure second divisions the reality is that one of the core reasons the ‘big’ leagues are of better quality is because of the sheer depth of ability that exists right the way through their league systems.

Quality like Loiodice, who is Las Palmas’ stalwart midfielder.

French, he was a member of Dijon’s academy and made around 20 appearances for the first team before moving to Wolves’ Under-23s in January 2020, on loan with the intention of the deal becoming permanent.

Then Covid-19 happened and the Paris-born midfielder returned to his homeland not having had a chance to impress.

Yet Las Palmas had seen enough and picked him up for free and, at 21, he is now a first-team regular.

For around £7million he is perfect for a Championship side or a good, young rotation option for a mid-to-lower-table first division team. His 15 passing, 14 vision, 14 technique and 14 first touch tells you all you need to know.

It’s there that Ramazani has made his home. A former Manchester United youth player, the winger swapped the rainy North West of England for the sun of South East Spain. No idea why.

He’s had two good seasons with Almeria and is on course to end this current campaign with at least eight goals and an assist, all from the left wing. Promotion with Almeria is a very real possibility too.

Trained in England, he makes perfect sense if you’re a Premier League or big Championship side. He is potentially the best player on this list – with 18 acceleration, 17 pace, 15 dribbling, and 13 finishing – and is capable of playing across the front line.

Oh, and he did this by the way. Not that you needed any more convincing.

7 brilliant hidden gem wonderkid strikers you should sign in FM22