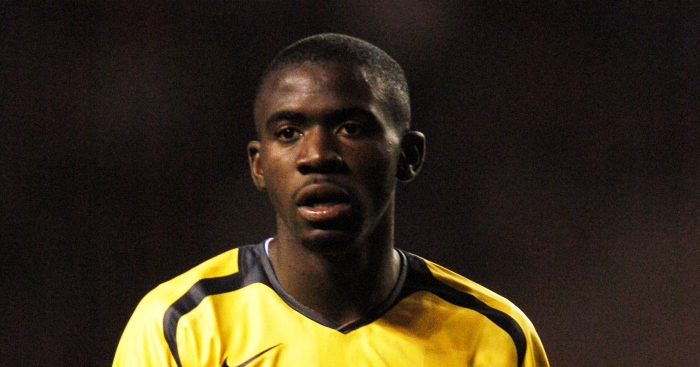 Fabrice Muamba was exposed to football greatness from very early on in his life.

Having supported the dominant Manchester United as a child, Muamba’s first steps as a professional footballer were overseen by Arsene Wenger in a classic Arsenal side.

Speaking to us to raise awareness for KLABU, an organisation providing sports kit and equipment to refugees in Africa, we asked Muamba about some of his ‘football firsts’, including the heartbreak of the 2006 Champions League final.

“Man United. The 1999 game against Bayern Munich, that’s the game that stood out the most for me and probably why I fell in love with the club.”

“It was at Highbury, Arsenal against Sunderland, when Henry and Bergkamp were there. I think Arsenal won 4-1.”

“Patrick Vieira. He was probably the best footballer I’ve seen, the best I’ve watched and thought ‘Wow, I want to become a footballer!’

“The way this guy played, the way he commanded the pitch, his presence alone speaks for itself.”

PF: Did you spend much time with Patrick at Arsenal?

“I spent good time with him at Arsenal, but when I left it became more of a mutual friendship. So yeah, Patrick is the one for me.”

“It was Patrick’s shirt at Arsenal, I don’t remember the year but I treasured it very much.” 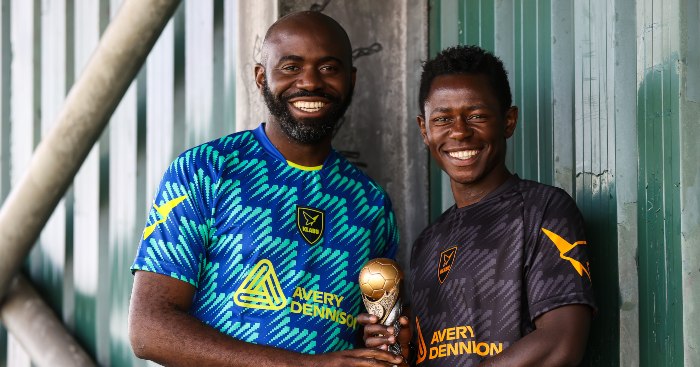 READ: Fabrice Muamba: Football gave me confidence as a refugee to be myself

“When I was at Arsenal, we got to the Champions League final – we went to play Barcelona in Paris and all of us were there.

“So, we were winning 1-0 and ended up losing 2-1 with a man sent off and you could see how much it deflates you as a person, as a player, and as an Arsenal fan. I was thinking, ‘Oh my god, this is just too much to take.’

“The journey back home felt much longer than it should be, so that was my biggest disappointment.”

“They were Fila and I got them when I was 14. Whenever I played before that, I would wear trainers.”

“It would have been the 1998 World Cup. I was still living in Zaire at that point and I remember the France v Brazil final, I remember watching Holland and also the England v Argentina game with Michael Owen and David Beckham’s moment of madness.”

“It was for Arsenal against Sunderland, a Carling Cup game. We won 3-1 I think – Van Persie and Seb Larsson scored.

“We were playing at the Stadium of Light and for me, it was just one of those life moments you know, I went home and couldn’t sleep until like five or six in the morning because of the adrenaline. You’re just trying to relive the whole thing again.

“After that game, I started to train with the first team every single week so the manager must have been impressed!”

‘It was while I was at Birmingham City. Away at Portsmouth on a Tuesday night, very cold and we lost 4-2 but I scored a volley from inside the box from a corner – crossed in, running in at the back post and boom, back of the net.

‘I was at Birmingham for almost two years before that, so the fact I had scored was almost a joke to everybody – like, ‘Oh, you scored’ – but I’ll take that no problem!”