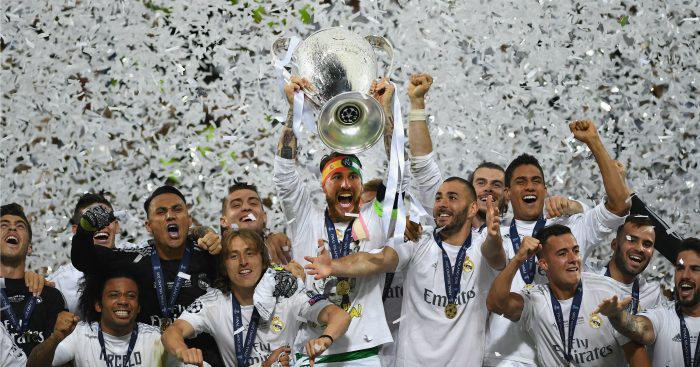 In football, success often comes in waves and cycles – but there are some patterns when it comes to kit manufacturers.

We’ve looked at the last 10 seasons and noted the brands responsible for kits of winning clubs across the top five football leagues in Europe, plus the Europa League and Champions League.

Here are the key findings…

– Out of the 70 competition winners, Nike manufactured the kit for 51.4% and are the clear leaders. Adidas are in second place with a 28.5% share.

– Puma and Umbro are joint third in the overall standings, with 5.7% each. They have tended to produce the kit for teams that are not traditionally considered as title challengers, for example, Leicester City in the Premier League, VfB Stuttgart in the Bundesliga, plus Bordeaux and Lille in Ligue 1. 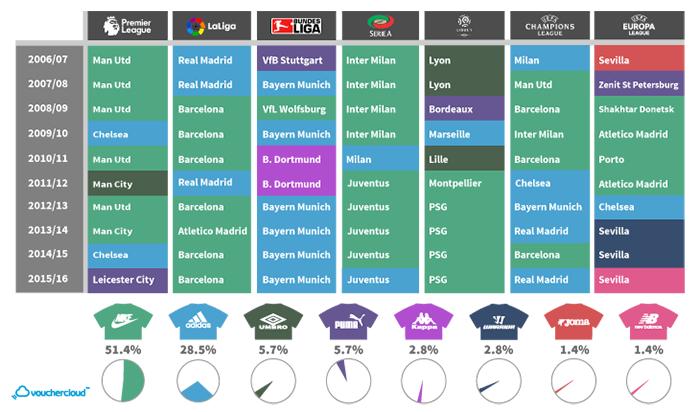 – Sevilla FC have had an unusual and outstanding period of sustained success in the Europa League, but they are also prone to changing their kit supplier. Their four competition wins in the last 10 years have come under three different manufacturers, and the competition is the most eclectic overall.

– The Champions League results reflect the dominance of Nike and adidas in the market, as they’ve produced the kit for five winners each.

– The Premier League, Bundesliga and Ligue 1 had the widest variety of winning clubs, and this led to them also having the greater range of kit manufacturers.

– The Bundesliga is the one competition where Nike are not prominent, with only one winner in the past 10 years. In that time Kappa produced the kit for the two title wins of Borussia Dortmund.