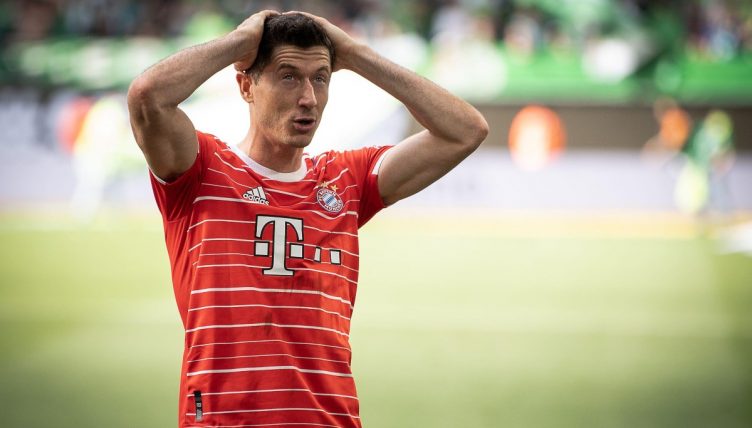 Once not a big deal, football kits are now more important than ever. Football is now fashion, and the latest leaked football kits for the 2022-23 season tell us how the big clubs and their suppliers are planning on breaking new ground.

Yes, it’s ultimately all about making money (as is the way with everything in football nowadays), but you have to admit that seeing your club turn out in a clean-looking shirt is better than watching them struggle away in something that makes your eyes water.

So we’ve gone through and gathered all the leaked kits we could find to bring you an early idea of what your team will be looking like next campaign, ranking them based on how good they look.

Because at the end of the day the league table isn’t decided on points, it’s decided on how good your kits look. Or at least it probably should be.

Adidas have been kind to Arsenal. The home kits have been clean and stylish and the away and third kits have often been fresh and exciting.

We’ll get to the home kit, but for now let’s look at the stunning rumoured third kit. Light pink, with a faint background of the little symbols that once adorned the old Arsenal badge like snow. Ohhhh yes.

It will look great under the European lights next season… and the Gunners are hoping it’s featuring in the Champions rather than Europa League.

The home kit is out officially and… it’s fine? The collar is nice but Addidas have ‘templated’ a lot of their kits this year and so loads of teams have a similar one. The announcement video is once again fire, however. A Premier League players bowls tournament, anyone?

Giving a little back to north London ❤️

£5 from every new home shirt you buy through Arsenal Direct goes to The Arsenal Foundation 🤝 pic.twitter.com/44FdWaF9a1

Which one is your favourite? 👀 #afc pic.twitter.com/SdyrXmTWpo

A takeover finally seems to have happened for Chelsea, but if it hadn’t Chelsea fans wouldn’t have been able to buy their new kit.

But to be honest, who would want to? All three aren’t exactly lookers. A weird cream-beige choice for the third, an incredibly uninspiring home, and… well the less said about the away the better.

The home kit will have a slight pattern on it, likely identical to Liverpool’s as part of Nike’s new ‘Vaporknit’ whatever that is. 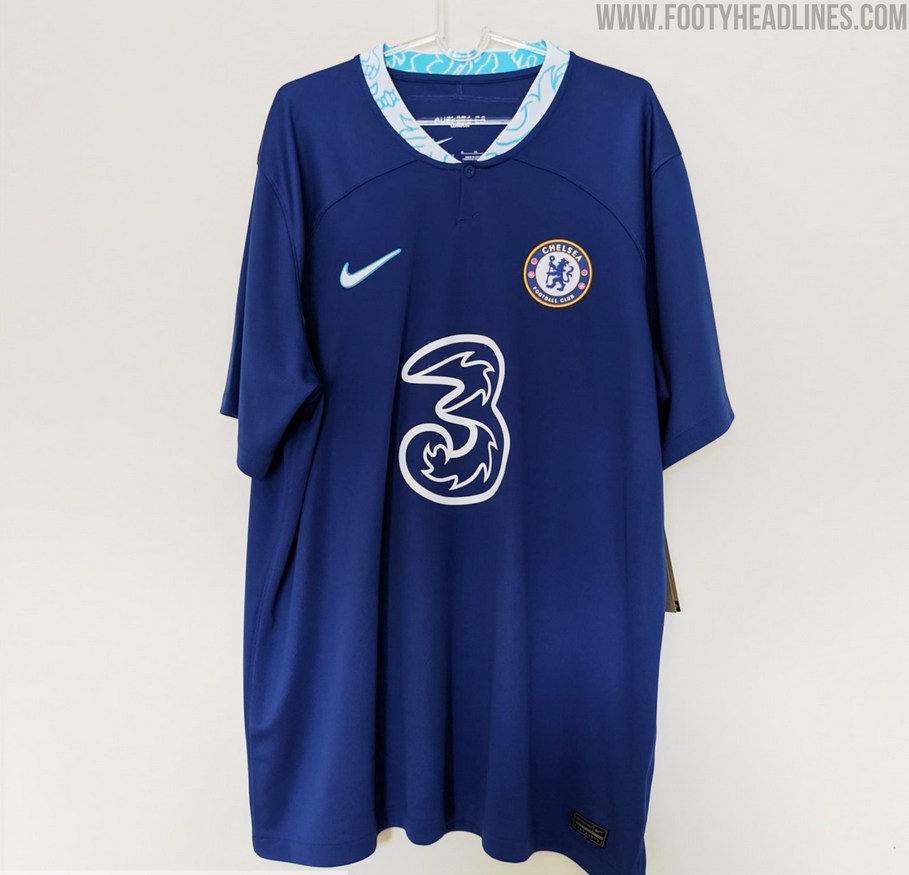 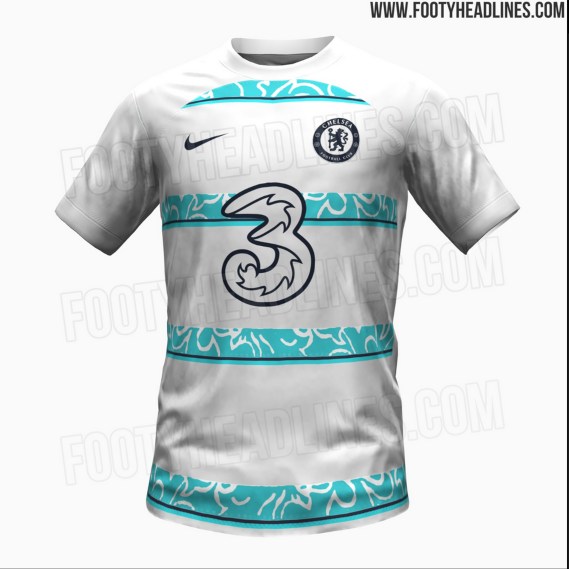 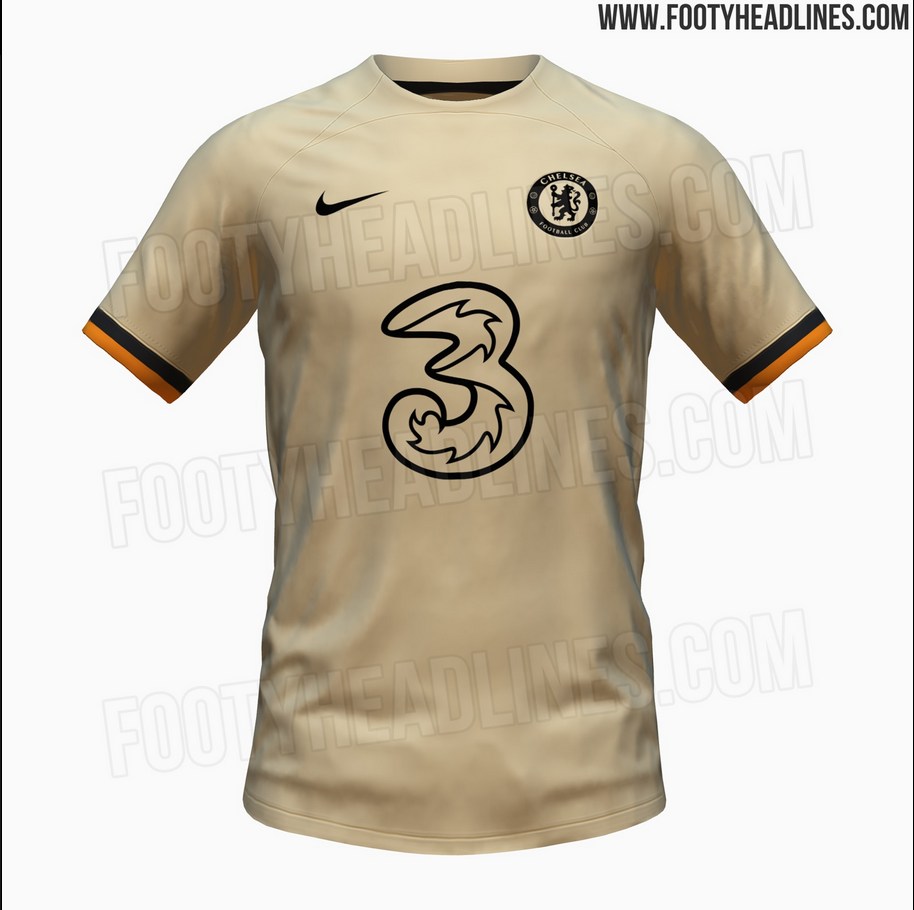 Liverpool made a big deal about abandoning New Balance a couple of years ago to sign with Nike.

So has it been worth it? Well, the newly announced home kit next looks as if someone went to Sports Direct and picked up 11 basic red tops. They do look clean, and the usual tribute to the Hillsborough 97 always adds a nice element, but they’re not exactly inspiring.

It was a bold move to be the first to announce their kits, and the away is similarly… interesting.

Aside from the fact it looks like a child has been given some pastel coloured crayons and has gone free reign on your freshly painted living room wall, it’s got the potential to either look fairly slick or absolutely terrible depending on the short and sock combo.

Nike, we implore you: make both plain black.

United have been given the same treatment as Arsenal this year, with the collar returning.

Aaaand that’s the only reasonably nice thing about any of these kits. The yellow one is a goalkeepers kit that’s somehow had the arms cut off, and the home kit is standard in most aspects.

The white one is the pick of the bunch, but that looks like a white shirt from Primark was the inspiration behind it and the school blazer esque shield behind the badge is just weird.

They are just basic. Totally indicative of the position the club are in real life: uninspiring. If only they made this newly released retro shirt the kit. I mean, come on.

We don’t know how they’ve done it, but Nike have somehow made two kits so Spursy it shouldn’t make sense.

The home is the same as this season’s, just with some extra bits stitched on the end of the arms, and the away… well if the attempt is to make Harry Kane feel like he’s playing for England by putting the crest in the middle then mission failed.

But the third kit… we don’t hate it. In fact, with some black shorts, it could be a looker.

Leaked Home and Third, Tottenham Hotspur kits for the 22/23 season.

What are your thoughts on these potential kits?👇🏼

Not sure how many bucket-hat-wearing, ‘have-you-got-a-spare-cig?’ lads at festivals we’ll be seeing in this over the summer. Foden looks like the spitting image of one.

But that’s the thing. It does feel like it’s better as a football top to wear out rather than one for the pitch.

One thing’s for certain, the collar and sleeve trims are ‘mad fer it’.

Man City have released their new home kit for next season 👀 pic.twitter.com/sD3B77YKY3

Look, it’s not fair. Barcelona got themselves into financial trouble and yet somehow they’ve been able to sign players left and right. Secondly, they’ve suddenly become good at football again.

No club should be allowed to exit a banter era this quickly, as Arsenal and United fans will tell you. So it’s a good thing their away and third kits next season are horrible, and we mean horrible.

The home one is… interesting. It’s not terrible, the weird block colour that goes across the arms and collar doesn’t help. At least they’ve got Puyol in for their kit launch. That’s nice.

A closer look at Barcelona's three leaked kits for the 2022/2023 season. pic.twitter.com/3h1Or3DuXi

But this year was special; it looks like they’ve decided to abandon football, and instead turn to cricket.

It’s a game much more fitting of such a regal house to be honest, and we look forward to seeing beer snakes in the seats of the home of Madridshire County Cricket Club during this summer’s season.

The away and third look decent as well, with the black having an outline paying homage to the refurbished stadium.

Ferland Mendy looks like he’s about to take 3/78 against Durham not play La Liga football 🤣🤣🤣 pic.twitter.com/r0vc6j7QjM

🚨👕 Real Madrid's third kit for next season is inspired by the new Bernabeu. A grey/silver graphic pattern inspired by the outside of the new stadium will round off the modern look. Adidas will use a v-collar on the Real Madrid 2022-2023 third shirt. @Footy_Headlines pic.twitter.com/9LxetDQU1q

Atletico have decided that shithousing their way to victories on the pitch by fouling, time-wasting and (at times) just outright cheating is no longer enough: they want to give every single opposition player a headache too.

So Nike have made their iconic red and white strips wavy. It gives us a headache just looking at it, never mind the idea of someone wearing it whilst two-footing you as Diego Simeone shouts like a mad man.

Bayern is German football’s representation on the world’s stage, and their kits are always symbolic of their nation: simple and classy.

They’ve gone a little bit rogue this year with the horizontal white stripes, but it’s nothing there isn’t precedent for. The away shirt will supposedly be plain white with gold accents, another style worthy of being worn by the champions of Germany.

They’re tops that somehow scream: ‘My country has cheap trains that run on time.’

It’s been officially announced now, and for some reason, the Bayern players refused to look directly at the camera. Do they even know that pictures are being taken of them?

We’re not sure on this one.

From the uneven stripes making way for the sponsor to the slight pattern on them and even the way the Puma badge is imposed on top, this kit is just simply not up to their usual standards.

Still, our Jude Bellingham looks as good as ever.

The first leaks of the Rossoneri’s kits for next season are now coming out, and the home shirt is simple and classic….

… until you get to the sleeves. They just don’t fit with the kit at all, and then you start noticing other things. Why do the stripes just stop before they hit the top or bottom? And why are there only four of them?

Juventus’ home kits are never going to be a surprise. They will always be a variation on Notts County’s black and white stripes, the two clubs basically identical except for the fact that one plays in Turin rather than Nottingham.

The black stripes are made up of a bunch of triangles for the 2022-23 season, which give the shirt a slightly different flavour but nothing that’s too outrageous. It’s one of those that the more you stare at, the better it gets.

That is until you realise the sponsorship has lightning bolts on it. At the very least they’ve got rid of the horrible ‘4xe’ logo that plagued their shirts this campaign.

Oh, and by the way check out this recently released Juventus fourth kit, potentially the worse worn by anyone ever. Mamma mia.

Juventus' fourth jersey for this season. The kit will be officially presented on April 15th.

Over the last few seasons, Inter have built up a bit of a reputation as one of the clubs with consistently some of the best clobber in Europe. Their kits have often been designed together in a sort of ‘series’, all sharing similar themes and ideas.

It’s therefore a bit of shame they’ve bottled it for 2022-23. It’s pretty clear they’re trying to capture the same vibe as some of their kits of the past, but the horizontal stripe along the high chest and arms just makes it look weird.

And let’s not get started on the sponsor. Whatever sort of crypto-NFT bollocks ‘digitalbits’ is, it should be sent to hell for replacing Pirelli.

Next, it’s the fashion brand that plays football part-time.

They obviously listened to the protests of PSG fans at the fact that the 2021-22 home kit got rid of the iconic Hetcher stripe that runs down the middle. But they decided to bring it back in a manner that will make them wish they never complained.

If we were Kylian Mbappe, we’d be on our way out the exit door too.

Lille’s new home kit has Cazoo on the sponsor, and don’t ask us how but the kit looks like a used car shop as well. 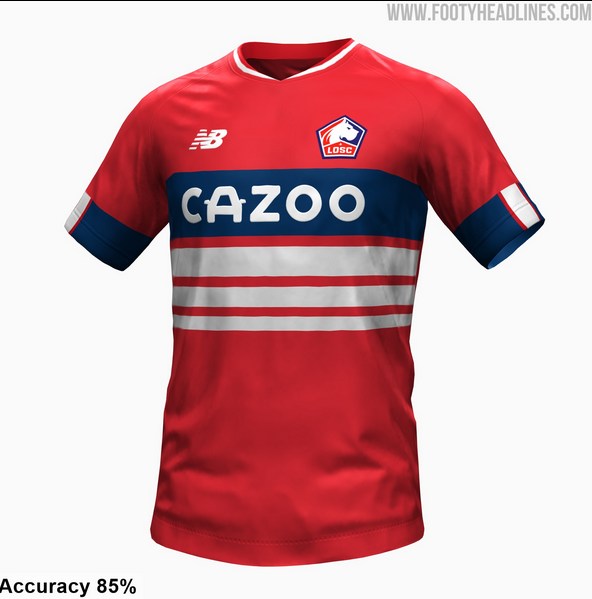 Lyon have taken the unusual step of releasing their fourth kit first, and will be using it before the season is out.

The physical-looking pattern on the kit gives it an extra layer that we think takes it just over the requirements for a customary ‘nice’ when seeing it for the first time. It certainly follows that thin line between chaotic and acceptable however.

This away kit has the potential to be tidy, with the focus clearly to shift attention to the brilliant collar.

If there aren’t socks produced with that pattern, they’re missing a trick.

The first real pictures of the Ajax '22/'23 away kit have surfaced, and it looks exactly like the renders we shared earlier.

The kit will probably be released soon, as Ajax traditionally wears it in the last away game of the season (Vitesse on May 15th).#Ajax | #Football pic.twitter.com/FbksAzqYZC