Where are they now? The 16 best wonderkids from Football Manager 2013 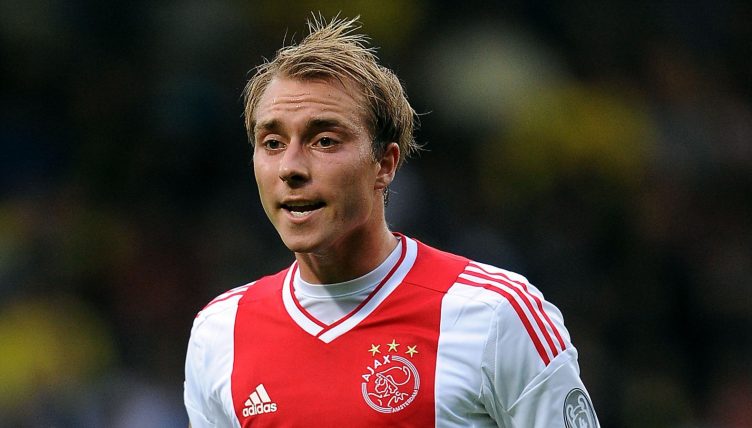 When Football Manager 2013 was officially released back in November 2012, there were some incredibly exciting young players emerging – and sure enough, many of those names have gone on to enjoy wildly successful careers at an elite level.

But which youngsters were considered the best in the world a decade ago? How many of them reached their potential and which have since fallen into obscurity?

The likes of Barcelona, Manchester United and Arsenal had a ton of highly-rated youngsters breaking through, but only a few were considered potentially world-class.

We’ve taken a look back at the very best youngsters from FM2013 (every five-star rated wonderkid on Football Manager Story) and see how they’ve fared in real life over the past 10 years.

Arguably the best young goalkeeper in the world a decade ago, it can’t be said that Ter Stegen hasn’t reached his potential.

He hasn’t quite managed to dislodge Manuel Neuer as Germany’s No.1, but since moving to Barcelona in 2014 he’s won the Champions League, four La Liga titles and five Copa del Rey.

The greatest footballer his country, Austria, has ever produced.

“He is still young, but I think he’s the best,” Jose Mourinho said after handing Varane his Real Madrid debut back in 2011.

That’s debatable, perhaps, but it’s unquestionable that Varane is one of the most successful and decorated centre-halves of his generation. He won the Champions League no fewer than four times during his decade-long stay at the Bernabeu.

The 29-year-old endured a disappointing and injury-ravaged debut season with Manchester United, but there remains fresh hope he can be the man to help them turn a corner.

Ter Stegen, Alaba, Varane… they were doing so well.

It’s safe to say that former Schalke starlet Papadopoulos isn’t a natural fit alongside such esteemed company. The defender has spent most of his career looking decidedly not world-class in Germany, and is now turning out for Romanian side FCU 1948 Craiova after a short stint back in Greece.

“The new Duncan Edwards” was always a stretch – what were you thinking, Fergie? – but it’s all too easy to forget now quite how promising Jones once looked.

He has won the Premier League, FA Cup and Europa League with the Red Devils, but horrendous luck with injuries has meant we’ll never see the player he might’ve been.

Jones is said to be training separately to Erik ten Hag’s first team after making just six Premier League appearances since the start of 2019-20.

The 30-year-old’s contract at Old Trafford finally expires at the end of this season, and while it would be heartwarming to see him rekindle his career elsewhere, it wouldn’t be a shock if he just decides to hang up his boots.

Sir Alex Ferguson once said that Phil Jones could be Manchester United's best EVER player! 😲 pic.twitter.com/z8jveJgoTd

Arguably the most obscure name on this list, Romulo was named ahead of his Brazilian compatriot Casemiro as the young defensive midfielder with the most potential on Football Manager 2013.

In the summer of 2012, he caught the eye of playing in every one of the Selecao’s Olympic matches as they won the silver medal in London. But he fell off the radar after an €8million move to Spartak Moscow, and it was shortly after completing the move that his progress was stunted by a horrific knee tear injury.

Romulo recovered to help Spartak win the Russian Premier League title in 2016-17 before returning to Brazil. He’s now back where it all began at Vasco da Gama.

Like PSG’s scouts, Football Manager were correct in identifying Verratti as one of Europe’s very top midfield talents. The club signed him in the summer of 2012 after he played a starring role in Pescara’s promotion to Serie A.

The energetic Italian has spent 10 seasons in Paris, winning eight league titles, and has been an integral part of the Qatar-backed club’s rise.

Having left boyhood club Barcelona after failing to dislodge Xavi and Andres Iniesta, Thiago conquered the world at Bayern Munich, winning seven successive Bundesliga titles and the treble in 2019-20.

The Spain international is now strutting his stuff at Liverpool. When fit, he’s undoubtedly one of the most aesthetically pleasing footballers in the Premier League.

Undoubtedly one of the most fun footballers in the world at Chelsea, Hazard’s stock has fallen dramatically since he became the 10th most expensive player of all time with a €100million move to Real Madrid in 2019.

He’s won two La Liga titles and the Champions League during his time in the Spanish capital but has barely played a role in those successes.

Those that watched a young Gotze tear it up for Jurgen Klopp’s Borussia Dortmund a decade ago probably would’ve expected more of the playmaker.

A controversial move to Bayern Munich and subsequent return to Dortmund never quite worked out as planned. He’s now back in the Bundesliga with Eintracht Frankfurt after rekindling his career at PSV.

Ultimately, Gotze scored the match-winning goal in a World Cup final, so who are we to pass judgement?

On This Day in 2014 , Super Mario Gotze scored in the 112th minute to win the FIFA World Cup for Germany🇩🇪 pic.twitter.com/AcjH9NfGCn

18 months before Football Manager 2013’s release, Wilshere produced his midfield masterclass against Barcelona, so we don’t blame them for rating him highly.

Unfortunately, that turned out to be the all-too-early peak. Bad luck with injuries ensured he was never better than that night as a 19-year-old up against Xavi, Iniesta and Busquets.

The only player on this list that’s retired. Wilshere, 30, is now the coach of Arsenal’s Under-18s.

Anyone that watched the Athletic academy graduate then would’ve assumed he was destined for a career at the very top. That didn’t quite happen, but instead he’s established a place in the Basque club’s folklore.

Muniain has made over 500 appearances for Athletic and remains at the San Mames, 13 years after making his debut. A proper one-club legend.

Chelsea had just signed the Brazilian as a 20-year-old back when FM2013 was released.

He went on to win the Europa League and Premier League with the Blues before falling off the map somewhat with a move to China in 2017. Five years later, he remains at Shanghai Port. We imagine he sleeps in piles and piles of cash. 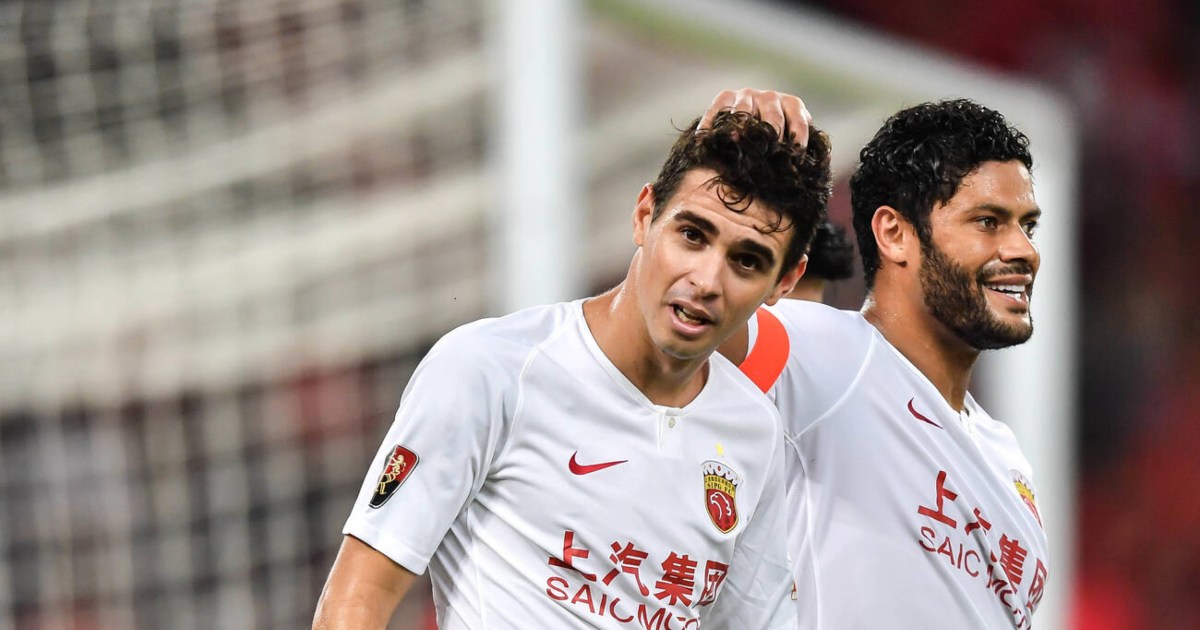 The Dane was a 20-year-old and the jewel of Ajax’s academy when FM 2013 was released.

Since then he’s made over 300 appearances – including in a Champions League final – for Spurs, won the Serie A title with Inter, received over a hundred international caps, won hearts at Brentford, and signed for Manchester United. Oh, and literally came back from the dead.

Long before the likes of Neymar and Kylian Mbappe, Moura was PSG’s record transfer.

He was signed by the newly-minuted French club in the same summer as Verratti, having caught the eye as one of Brazil’s top young talents at Sao Paolo.

There’s an argument that Moura never quite reached the heights some expected, and nowadays he’s on the periphery of Antonio Conte’s squad. But he won four Ligue 1 titles at PSG and scored the goal that sent Spurs to a Champions League final, so he’s clearly done something right.

The striker isn’t yet 30, yet has scored 68 goals in 102 appearances for Belgium, scored over 250 goals in his club career, commanded approximately £300million in transfer fees and was named Serie A Footballer of the Year after firing Inter to their only Scudetto of the last 12 years.

Yet Manchester United and Chelsea fans will tell you Lukaku is rubbish. Swings and roundabouts.

If this gets you in the mood for Football Manager 2023, then you’re in luck. We’ve teamed up with Fanatical, who are offering 25% off FM2023. You can get an extra 5% off (in addition to the 25%) using the discount code PLANETSPORT. Click here to take advantage of this great offer.

Fanatical is one of the largest UK-based official PC game retailers, offering a huge selection of the latest new release games from the biggest publishers worldwide, top indie titles and a collection of curated game bundles where you can get massive savings for your gaming needs. Fanatical is now in their 10th year as a digital PC game retailer, selling to over 200 countries and over 2m customers. We are also proud to be partnering with Sega and Sports Interactive for the launch of Football Manager 2023, which promises to be one of the biggest additions to this incredibly popular franchise.

READ NEXT: 11 Football Manager stars who did nothing in the Prem in real life