An XI of Football Manager 2013 wonderkids that faded into obscurity 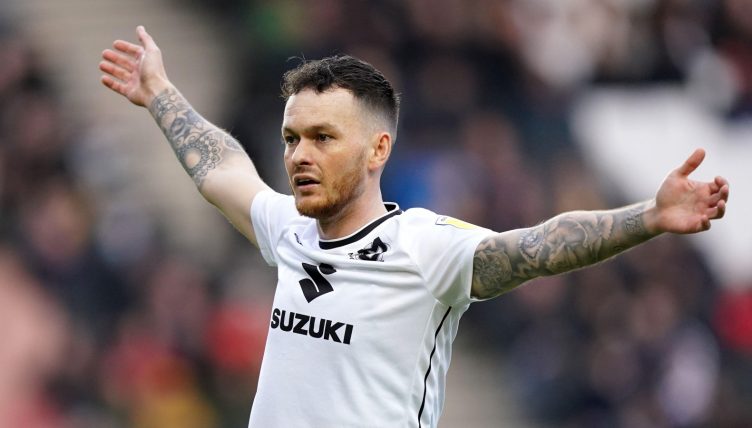 When Football Manager 2013 was released back in November 2012, some gifted players were being tipped for big futures in the game – but some of them failed to live up to these expectations.

Whether injuries curtailed their careers, they fell out of favour, or perhaps simply overrated, some players that looked destined for stardom have spent the last decade in the shadows of their peers.

We’ve compiled an XI of FM 2013 wonderkids that slipped into obscurity, lining up in a 4-3-3 formation.

One of the highest-rated young goalkeepers in FM 2013, Leali can now be found playing in Italian Serie B. Considering Juventus signed him as the long-term successor to Gianluigi Buffon, his career has been a case study in disappointment.

As a Liverpool player, Ryan McLaughlin once marked Francesco Totti as James Bond actor Daniel Craig watched from the stand. That pre-season friendly was just about as good as it got for the full-back.

“Steven Gerrard was introducing him to the players in the changing room before the game but I was trying to focus on Totti,” McLaughlin told Sky Sports in 2020.

“It was surreal. Four weeks earlier, I had been playing five-a-side with my mates in west Belfast!”

Having played with the likes of Raheem Sterling and Conor Coady at Melwood, the Northern Irishman has carved out a career in England’s lower leagues and was last seen playing for Morecambe last season.

While the likes of Raphael Varane and David Alaba truly lived up to their Football Manager hype, the same cannot be said for Papadopoulos.

The defender has spent most of his career in Germany with Schalke and is now turning out for Romanian side FCU 1948 Craiova after a short stint back in Greece.

Caulker is a fine example of a player rebuilding his career away from the English microscope, firstly in Scotland before spending an extended period in Turkey.

Having struggled to establish himself in the Tottenham backline, Caulker went through the mill at Cardiff and QPR – before being signed as an emergency striker by Jurgen Klopp’s Liverpool – but his form for Alanyaspor was an improvement.

His form kept him in the Turkish sunshine, with Fenerbahce briefly signing the 30-year-old, and he is now with Fatih Karagumruk.

Liverpool v Norwich has us reminiscing on this mad game featuring Steven Caulker up top for the Reds pic.twitter.com/fsXlQBzGRy

Things were rosy for Manchester United when FM2013 hit the shelves; the club were top of the Premier League under Sir Alex Ferguson and a host of youngsters were ready to breakthrough at Old Trafford. The ensuing turmoil would’ve made the Conservative Party blush.

In the frequently toxic environment, Blackett didn’t stand much chance of flourishing. He made just 12 appearances for United, all under Louis van Gaal, before slipping off the radar.

The defender went on to make over 100 appearances for the Royals, before moving on to Nottingham Forest in 2020. Blackett failed to become a first-team regular there and has since moved to MLS side FC Cincinnati.

You’d be forgiven for asking who the eff Romulo is. Let us fill you in…

After being named ahead of a certain Casemiro as the young defensive midfielder with the most potential on FM 2013, Romulo fell off the radar after an €8million move to Spartak Moscow was disrupted by injuries.

He recovered to help Spartak win the Russian title in 2017 before returning to Brazil and Vasco da Gama. It’s a long way away from rubbing shoulders with Neymar in Brazil’s 2012 Olympic team.

McEachran was Chelsea’s biggest hope a decade ago and many felt he was destined to become the next Frank Lampard.

“I used to watch Frank a lot in training every day and he talked to me a lot. I aspire to be a player like him,” McEachran stated in 2012.

But, while the FM McEachran became a world-beating midfielder, the 29-year-old plays for MK Dons in League 1 in reality.

Anyone who built their Champions League-winning side around him will be feeling underwhelmed by how it’s all panned out.

MK Dons go down to 10-men after the midfielder picks up a second yellow 🟨 pic.twitter.com/yETkZ2HJtE

Borussia Dortmund were one of Europe’s most exciting sides back in November 2012 – they’d reach that season’s Champions League final – and Leitner was a highly-rated young squad member under Jurgen Klopp.

He received more game time after Shinji Kagawa’s move to Manchester United, but the form of Mario Gotze meant that Leitner warmed the bench more often than not.

The midfielder eventually moved to Lazio in 2016 for more first-team football but returned to Germany with Augsburg after just six months. He’s currently unemployed having spent three of the last four years with Norwich City.

Vadillo was regarded highly by Spanish football fans in 2012 but his career has plateaued since.

The forward, then at Real Betis, has bounced around various clubs in Spain but has never really settled anywhere. Injuries haven’t exactly helped Vadillo either and he’s currently on loan at Eibar from Espanyol.

Hopes were high at United when Henriquez joined the club as an 18-year-old from Universidad De Chile for around £5million.

But, after failing to make any appearances for the first team, the striker joined Wigan on loan in the next transfer window and scored one Premier League goal in four games.

After a few more loans, Henriquez eventually joined Dinamo Zagreb permanently in 2015 after a successful loan where he scored 29 goals in 37 games.

While he’s still a Chile international, the 28-year-old plays his club football for Miedz Legnica in Poland and can safely be described as one of Sir Alex Ferguson’s most forgettable signings.

The boffins at Sega would’ve been pleased with their assessment of Bernard; the tricky forward moved to Shakhtar Donetsk in the summer of 2013 and was named in Brazil’s World Cup squad a year later.

But his last appearance for his country was in that semi-final against Germany. Bernard stagnated at Shakhtar afterwards before a forgettable spell at Everton towards the end of the 2010s.

If this gets you in the mood for Football Manager 2023, then you’re in luck. We’ve teamed up with Fanatical, who are offering 25% off FM2023. You can get an extra 5% off (in addition to the 25%) using the discount code PLANETSPORT. Click here to take advantage of this great offer.

Fanatical is one of the largest UK-based official PC game retailers, offering a huge selection of the latest new release games from the biggest publishers worldwide, top indie titles and a collection of curated game bundles where you can get massive savings for your gaming needs. Fanatical is now in their 10th year as a digital PC game retailer, selling to over 200 countries and over 2m customers. We are also proud to be partnering with Sega and Sports Interactive for the launch of Football Manager 2023, which promises to be one of the biggest additions to this incredibly popular franchise.

READ MORE: Where are they now? The 16 best wonderkids from Football Manager 2013