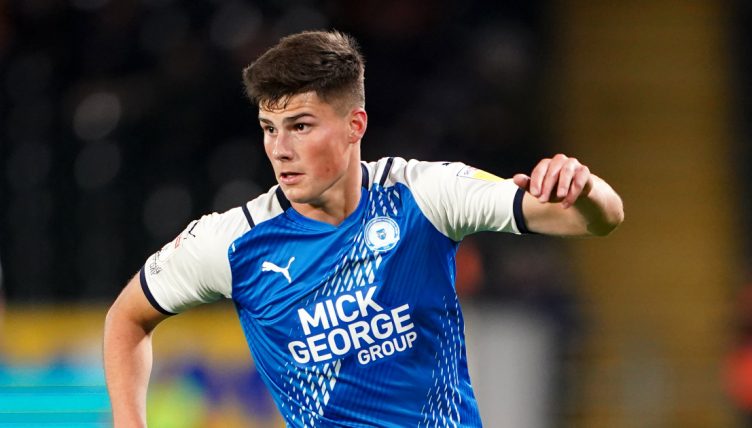 One of the very best things about Football Manager is the ability to find and develop wonderkids.

Football Manager 2022 is no different in that sense to other iterations of the series; within a few years, a cheap talent you picked up from a South American league can lead you and your side to unthinkable glory and all before he’s even hit his 20th birthday.

Often times you fall in love with a handful of players and use them again and again across different saves and different versions of the game.

But sometimes it’s fun to break away from the usual names and players we all know about.

In casting a wider net than just the names you recognise, you can uncover hidden gems that you can get on the cheap to revolutionise your Football Manager save.

So we’ve gone looking to find you some hidden gem wonderkids to sign in FM22.

They come from a variety of places and cost a varied amount, but we’ll take a punt on one thing: you probably haven’t heard of them.

So, set up in a 4-3-3, here’s an XI of hidden gem wonderkids perfect for your next save (we promise they’re not all Brazilians).

The 17-year-old plays in AZ’s youth ranks and already stands at 6’2″, ideal for his position between the sticks.

In-game, he already possesses some exciting stats, with 15 in handling and reflexes.

In real life he’s AZ’s Under-18 starting goalkeeper and is in their UEFA Youth League squad, keeping seven clean sheets so far this campaign.

He already has a professional deal with the club, such is his potential.

If you know any of the players on this list, Matheuzinho is likely the one.

Well known for those with a keen interest in Brazilian football, 21-year-old Matheuzinho is already a fairly regular starter for Flamengo.

He is a Brazillian champion already and a move to Europe is surely on the cards soon.

As you might expect for a Brazilian right-back he has an impressive attacking flair, represented in-game with his 14 crossing and passing.

He’d be a perfect option for a mid-table Premier League side.

Excellent shot from Matheuzinho to score the first goal of the match!

Eighteen-year-old Edwards plays for Peterborough and already turns out for the first-team of the Championship side.

He has been jokingly called ‘new stadium’ by the club chairman, such is the belief his potential and eventual sale would help fund a planned move to a new home.

A ball-playing defender, Edwards has 14 in passing and an incredibly impressive 17 composure, both of which mean he can play further up the pitch in midfield as well.

A serious talent, and one to watch when he makes the eventual step up to the Premier League.

To have won two Copa Libertadores titles is a rare feat. To have won two by the time you’re 19 is unthinkable – but Renan has done so with his boyhood club Palmeiras.

The teenager is a developing talent and a regular player for the back-to-back South American champions.

He already has well-rounded stats in FM22, with 15 tackling joined by 11 passing, 13 marking and 14 determination. He would become a vital part of any back-line for the foreseeable future.

From Brazil to Argentina, where Aude offers an exciting option at left-back.

Aude is becoming a regular for Lanus in the Argentine league and has produced some impressive displays, despite being just 17 years of age.

You will probably hear his name in Europe sooner rather than later, but in FM22 you can beat the rest of the continent to the punch.

If you do you will be rewarded with a versatile wing-back whose 16 tackling, 16 stamina and 15 teamwork will make him a player you can always rely on.

Now to Spain, and more specifically the Basque country where Athletic Bilbao boast one of the best academies in Europe.

Bita is one of the latest to come through their ranks, and he is some prospect for the Basque club at the heart of midfield.

Fourteen in technique, first touch and decisions along with 13 in tackling make him the perfect young holding midfielder. But be mindful that Athletic Club will be reluctant to let a young talent leave.

He is just 16 and already stands at six feet tall. Look out for him breaking through to the Athletic first team in the next couple of years.

Kapi has just left Lille, who he joined from Galatasary in 2020, for Turkish side Adana Demirspor.

He leaves with something to prove, struggling to live up to the hype at the French club – but he still has bags of potential at just 19 years old.

In-game, he will still be at the French club until an update moves him. His standout stat is a 16 in flair, making him an exciting attacking midfielder when surrounded by the right players.

Born in 2002, Mustafa Kapı is the youngest football player to play for Galatasaray. #GSlive pic.twitter.com/INy1naYtTW

In the spirit of getting a variety of nationalities and backgrounds into the team, Icelandic wonderkid Johansen not only does that but adds another brilliant name to this XI as well.

He’s not a half-bad prospect either. He already has 10 senior Iceland caps to his name and made his senior debut at just 15 in Iceland’s second division.

The young midfielder joined FC Copehagen last year from Swedish side Norrkoping and has football steeped in his family with several of his uncles, his father, his grandfather and one of his aunts all having caps for Iceland’s national team.

Left-footed, he’ll fit perfectly on the left of a midfield three and has an impressive range of stats including 16 in determination.

In-game, exciting young Brazilians and Argentines can end up being quite expensive for sides who don’t have as much money as the big teams.

Step up the Colombians, who often provide a cheaper alternative.

Asprilla is one such youngster… well he was until Watford snatched him up at the start of the January transfer window.

He arrived from Colombian top-flight side Envigado for just around £2.7million and is the second-youngest player to have been capped for the Colombia national team, such is his potential.

It could end up being a coup for the Hornets. Make it one for you too by poaching him from their ranks as soon as possible.

Sixteen-year-old Pinyaev is already a starter in the Russian Premier Division with his side Krylia Samara, who he joined in the summer.

The winger has previously spent time with Manchester United on trial, although a signing never materialised.

Regardless, he now has a handful of senior goals and assists to his name and looks to be a serious talent, with 15 in flair and agility the pick of his FM22 stats.

The talisman leading the line for this XI of hidden gem wonderkids is definitely a player you won’t have heard of, but you might well be hearing lots about him in the future.

Konate plays for Ivorian side ASEC Mimosas and at 17 he is a seriously exciting talent.

The teenager has been tipped as the heir to Didier Drogba’s throne and is already a senior international with Ivory Coast.

He is an Ivorian champion with ASEC and has been tearing it up in the CAF Champions League, scoring three goals in four appearances.

If 15 bravery and 14 determination isn’t enough to make you pull the trigger on a transfer, then 11 finishing and 12 dribbling at 17 should do. Remember the name.

An XI of the best bargains for under £5m on FM22: James, Sidnei, Kehrer…