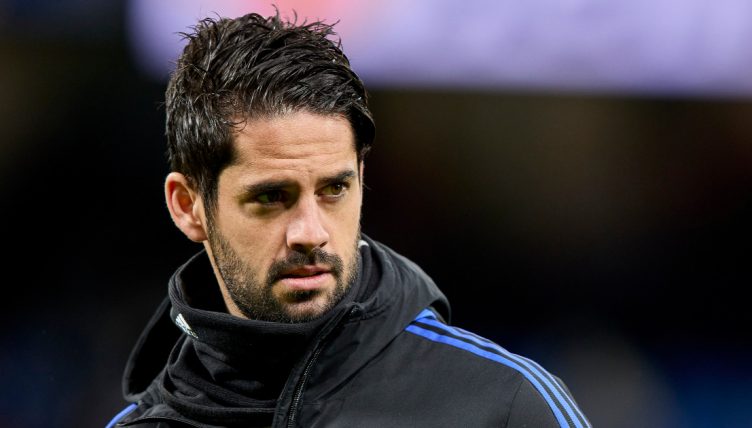 The anticipation and excitement when you load up a new game of Football Manager is brilliant.

You imagine all the success that you’ll bring your new team in Football Manager 2022 and the players you’ll develop along the way but then, disaster; you have a tiny budget and no one wants to sign for you.

After a few months, your form has gone to pot and the board are breathing down your neck. This wasn’t the fun you were expecting.

Football Manager can be an unforgiving game but through some clever wheeling and dealing you can help yourself out as much as possible.

Something often overlooked is that right at the very start of the game some players are always transfer listed, somewhat reflecting their real-life situation.

So we’ve compiled a list of seven of the best players who are transfer-listed at the start of FM22 that could help your side out.

We’ve included a variety of price points and wage levels so that there should be a hidden gem for everyone, no matter your save game.

It represents Loftus-Cheek’s real-life position on the fringes of Chelsea’s squad, but the 25-year-old has some stats that should have you pulling the trigger on a deal to sign him.

Well-rounded physicals featuring 16 strength, good on-the-ball numbers including 15 technique along with a solid 13 finishing makes him a good Premier League player able to play a variety of roles through the middle of the park.

Chelsea should only need £10million to let him go, making him an affordable backup option or starter for most sides. The main issue is his £150,000-a-week wages, but he should be willing to take a pay cut for regular game time.

The first player on this list you might not know, but an excellent signing waiting to be made.

Ramos is a goalkeeper at Porto who joined on a free transfer in 2020 from CD Tondela where he made over 200 appearances.

By contrast, he has only made one for Porto and is transfer-listed at the start of the game.

Yet at 29, Ramos would be a perfect signing for a variety of saves. From a Championship side trying to get promoted to a team trying to break the big three in Portugal, Ramos has some brilliant stats.

Furthermore, he should cost you less than £1million and his wage is low as well. A brilliant hidden gem.

Former Arsenal player Ceballos has made just a handful of appearances for Real Madrid this season and is seemingly waiting for someone to come and pick him up.

The same is true in Football Manager, where he is listed for sale by Real at the start of the game.

But it’s not for a lack of quality. At 24 years old, he is the youngest on this list and has 16 in passing, technique, dribbling and first touch which will reward those managers willing to take a gamble.

He would cost you around £12.5million and his wages aren’t cheap – he’s on about £130,000 a week at Real – but if you can find a system to get the best out of him he could take your side to the next level.

Munir is put up for sale at the start of the game by Sevilla.

The Moroccan spent most of his career at Barcelona but is seen as surplus to requirements at Sevilla at the start of FM22.

He’s capable of playing across the front line, his versatility a key part of his appeal to potential managers.

Flair 16 is his standout stat, but the rest are incredibly well-rounded. He’s available for about £9million and is currently on £82,000 a week at Sevilla.

Sign him alongside Loftus-Cheek to help push you up the table in the first two seasons before selling for a profit.

Unless you have a deep knowledge of Spanish football you probably won’t know who Raba is, but we promised you players for a variety of saves and as with Ramos, this Villareal striker could be perfect for a lesser team.

If you’re managing in the second tier of a major nation or a mid-table side in a league like the Eredevise then Raba is the ideal signing.

Villareal want £1.3million for him and in return you’ll get a six-foot striker with 15 finishing, 14 passing, 15 off-the-ball movement, and 15 heading.

He’s capable of playing behind the striker too or out wide if needs be. With a wage of just £7,000 a week, you’d be a fool not to.

If you’re in need of a cut-price, versatile and well-rounded midfielder look no further than Fiorentina’s Benassi.

His 16 off the ball and 16 teamwork are his standout stats, but everything else is solid as well such as his 12 finishing, 13 passing, and 12 tackling.

These combine to mean he is capable of playing almost any role in almost any midfield position, a true utility player. Oh, and he’s six-foot tall, too.

In real life, he’s just departed for Empoli on loan but in-game for just a couple of million you can snap him up. Ideal as a squad option for better Italian teams or potential captain material if you’re managing a recently promoted side.

We finish off with a truly recognisable name.

Isco has been linked with a transfer away from the Santiago Bernebeu for a couple of seasons now, and he finds himself transfer listed at the start of FM22.

There’s a major reason why most sides struggle to sign him, with his inflated £210,000-a-week wage a huge obstacle.

But if you can convince him to take a pay cut or encourage Real to pay a portion of his wages, signing him for the £17million asking price becomes a no-brainer.

An ideal statement signing for a Newcastle save or a brilliant option for a team like AC Milan. A loan with a buy option could make the 29-year-old more affordable.