The best XI in the Premier League, according to Football Manager 2023 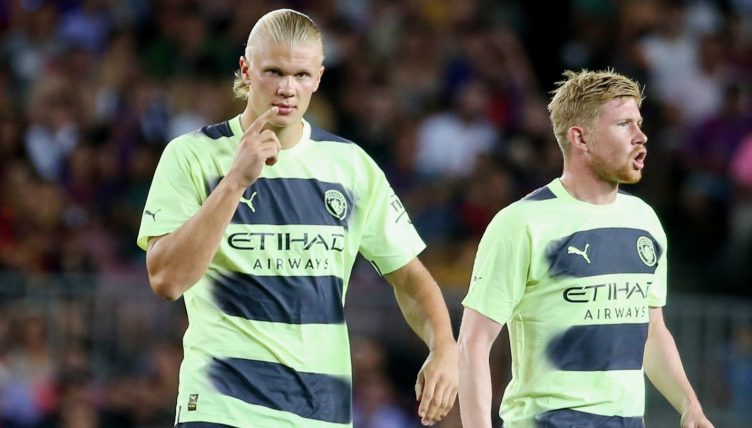 Football Manager 2023 is out now, and before even getting started you can lose hours of your life just delving through the game’s comprehensively compiled player database.

There’s all sorts you can learn about lesser-known wonderkids and bargain signings, but it’s also interesting to look at the absolute top end and who’s been rated as the best in the world.

That’s exactly what we’ve done, having looked through FMInside.net‘s database to compile this full XI of the Premier League’s top-rated players.

Edging ahead of his rival for the spot between Brazil’s sticks, 89-rated Alisson is one point ahead of Man City ‘keeper Ederson.

Liverpool have had their struggles this season, but they’d be doing even worse were it not for the heroics of their goalkeeper. The 30-year-old is so much more than a shot-stopper. 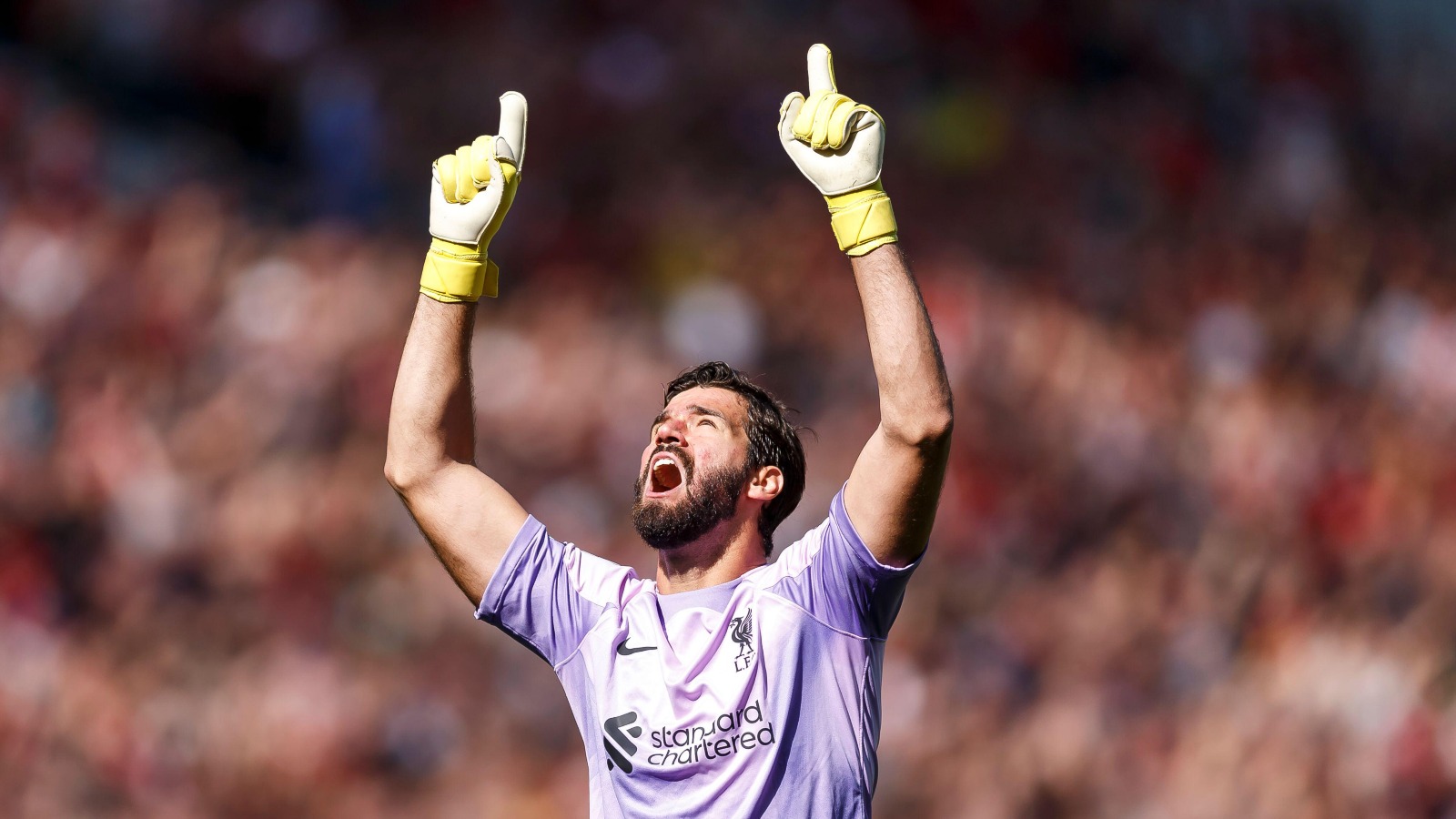 The Chelsea right-back has a rating of 82, which puts him level with Man City’s Kyle Walker, but we’re including James here because his potential rating is three points higher at 85.

The 22-year-old is also rated ahead of fellow England internationals Trent Alexander-Arnold, Ben White and Kieran Trippier. It’s a good job that Gareth Southgate is so well-stocked with options, because losing James (and possibly Walker, too) would ordinarily be a major blow to England’s World Cup hopes.

He’s faced his fair share of criticism this season, and justifiably so: Van Dijk’s sudden and sharp drop in form is one of the major reasons that Liverpool are so far off the pace in 2022-23 so far.

But the Netherlands international has also proven that he’s one of the world’s best centre-backs in recent years, having been a central pillar of Jurgen Klopp’s Reds winning every trophy going since 2018. Form is temporary, class is permanent, and we have no complaints with his rating of 91 making him the world’s best central defender on Football Manager 2023.

Not quite as eye-catchingly brilliant last term as he was in his debut 2020-21 campaign with Man City, when he was crowned the Premier League’s Player of the Season, Dias nevertheless remains a top-class operator.

The 25-year-old is looking to win the title for a third successive season, and we wouldn’t bet against him doing so. He’s rated 87, putting him three points ahead of Chelsea’s Thiago Silva and City team-mate Aymeric Laporte in FM23’s Premier League centre-back rankings.

If you’re being tactically astute, you can substitute Dias for Laporte here if you absolutely insist on having a left-footer alongside Van Dijk in the XI here.

If you play Fantasy Premier League, chances are you’ll be well aware of Cancelo’s talents.

With a rating of 84, Cancelo is the highest-rated full-back in Football Manager 2023 full stop. He’s registered five goals, 11 assists and 41 clean sheets in 94 Premier League appearances and is as sturdy at the back as he is dangerous going forward.

Some scoffed at Man City paying Atletico Madrid £62million for the Spain international back in 2019.

It took Rodri a season to adapt to Pep Guardiola’s intensive demands, but he’s grown massively in three years and stepped up as Fernandinho’s heir at the base of City’s midfield.

Interestingly, with a rating of 88, Rodri is seven points higher than Manchester United’s big-money summer signing Casemiro, who arrived at Old Trafford with five European Cups under his belt.

Bernardo Silva is approaching that weird zone Modric occupied a decade ago, where so many people are declaring him under-rated that it kind of swings 180 and almost makes him over-rated.

Who exactly, in the year 2022, is under-rating the City midfielder? Well, certainly not Football Manager 2023. Rated 88, the Portuguese is seen as the best (but one) central midfielder in the Premier League, considerably ahead of the likes of Thiago (85), Bruno Fernandes (83), Mason Mount (83) and City team-mate Ilkay Gundogan (83).

Silva’s status as one of the Premier League’s best doesn’t protect him from being wound up by Jack Grealish, though.

Not only is De Bruyne rated as the best player in the Premier League on FM23, but at 95 he’s also the highest-rated player in the entire game. When you consider he’s been the most outstanding individual for arguably the best side in Premier League history, that doesn’t seem so outrageous.

It’s a testament to the high standards set by Liverpool’s Egyptian King that 14 goals and five assists in 20 appearances in 2022-23 is underwhelming.

Coming into this season with three Golden Boots in the last five years is plain-and-simple proof that Salah is one of the Premier League’s most potent forwards. He’s rated 93, meaning that Kylian Mbappe is the only forward around Europe with a higher rating.

There was only ever going to be one choice up top.

The Norwegian arrived at Man City with a reputation as a wildly prolific and frankly terrifying dead-eyed goalscorer. It can’t be said that he’s not living up to the hype, having scored a frankly ridiculous 18 goals in his first 12 Premier League appearances.

On course for over 60 league goals in 2022-23, if he keeps this up you imagine that Haaland will be rated significantly higher than 93 in next year’s edition of Football Manager. 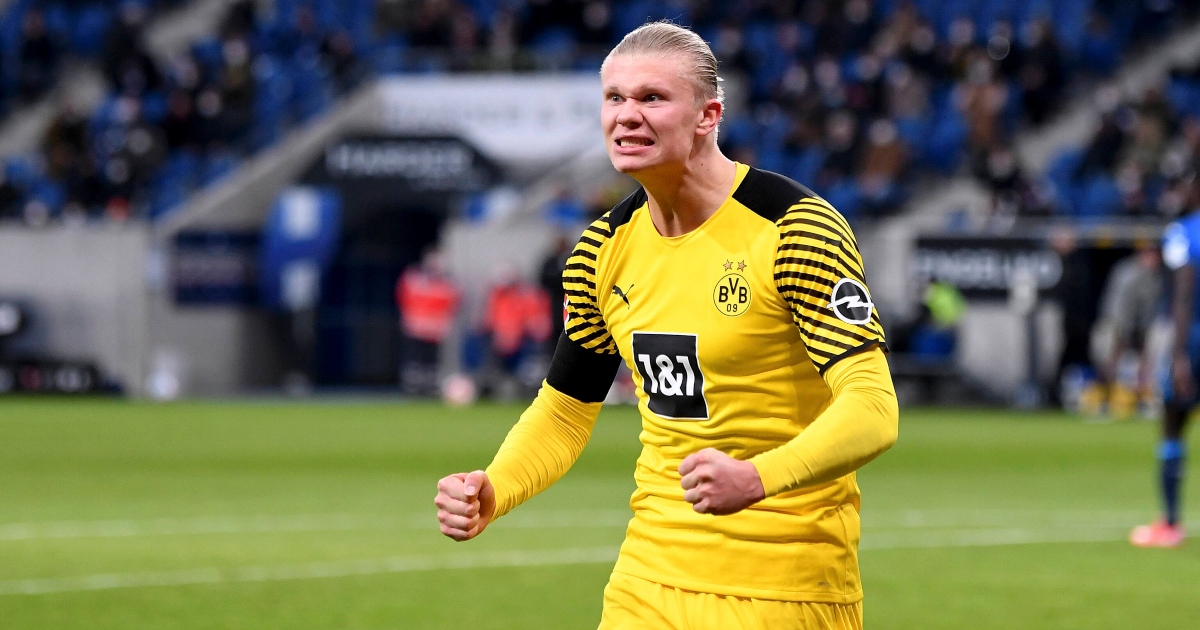 The South Korean superstar has drawn a blank in all 12 of the Premier League games he’s started for Tottenham this season, but you’d be a fool to write him off.

Son has proven he’s one of the most dangerous forwards in the English top flight in recent years, taking his game to a new level to share the Golden Boot with Salah last season. We’d be shocked if his current form is anything but a blip, and the team behind Football Manager 2023 evidently agree, rating him 87.