An XI of the best free agents to sign on FM23: Llorente, Cahill… 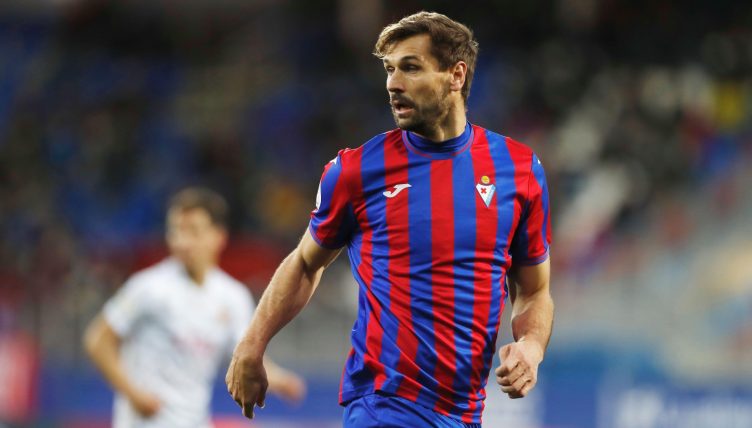 Football Manager 2023 is out very soon, and if you’re anything like us, you’ll be ambitious enough to try turn some tiny minnows into European greats.

You’re likely to have a shoestring budget in comparison to some of the oil-funded monoliths, so you’ll have to get creative in the transfer market. There are some bargains to be found, while you can also build a solid team without spending a penny – we’ve put together this ragtag XI of free agents to demonstrate how, having delved through the FMScout database to put it together.

We’ve put together the team in a 4-3-3 formation, with a couple of notable veterans in among some lesser-known lights.

With a rating of 83, Belman is not only the best-rated ‘keeper that’s unattached, but he’s also one of the very best free agents full stop.

The 24-year-old Spaniard progressed his game at Real Madrid’s famous La Fabrica academy, going on to make over 50 appearances for Los Blancos’ B Team between 2017 and 2020.

He departed lower league Fuenlabrada in the summer after a couple of years between the sticks for the Madrid-based side. While he doesn’t have a wealth of high-level experience, Belman is evidently highly regarded by Football Manager’s team of scouts.

Not to be confused with his compatriot and near-namesake Willian, this Brazilian right-back won Olympic Gold with the Selecao as a youth player in 2016 and has since stepped up to make 79 Bundesliga appearances for Wolfsburg and Schalke.

He was released by Wolfsburg in the summer, having suffered badly with knee injuries over the past couple of years. But William is still only 27 and with a rating of 81, is among the highest-rated free agents in Football Manager 2023.

Cahill played a starring role in Bournemouth’s promotion last term but was released when his contract expired. He’s retired IRL but is a free agent in the game.

The 36-year-old Champions League and Premier League winner can evidently still do a job if you’re taking charge of a Championship club.

Don't know if he's staying, but 36 year old Gary Cahill has been part of a Bournemouth side that has been promoted tonight.

A true CB legend. I hope he gets one more run in the top flight 💪 pic.twitter.com/t4K5UzABqo

A former Barcelona wonderkid – you might remember the name if you were raiding La Masia back on FM13 – Edgar le’s career hasn’t quite panned out as expected. But it’s not been too bad.

He left the Catalan club in 2014, and went on to receive one cap for Portugal in 2017, with a club career that’s taken him to Villarreal, Belenenses, Lille and Trabzonspor.

The 28-year-old, who can play in the centre of defence or at right-back, made 17 appearances in Trabzonspor’s surprise Super Lig title triumph last season, but his participation was cut short by a horrific cruciate ligament injury just before Christmas. He was released at the end of the season. 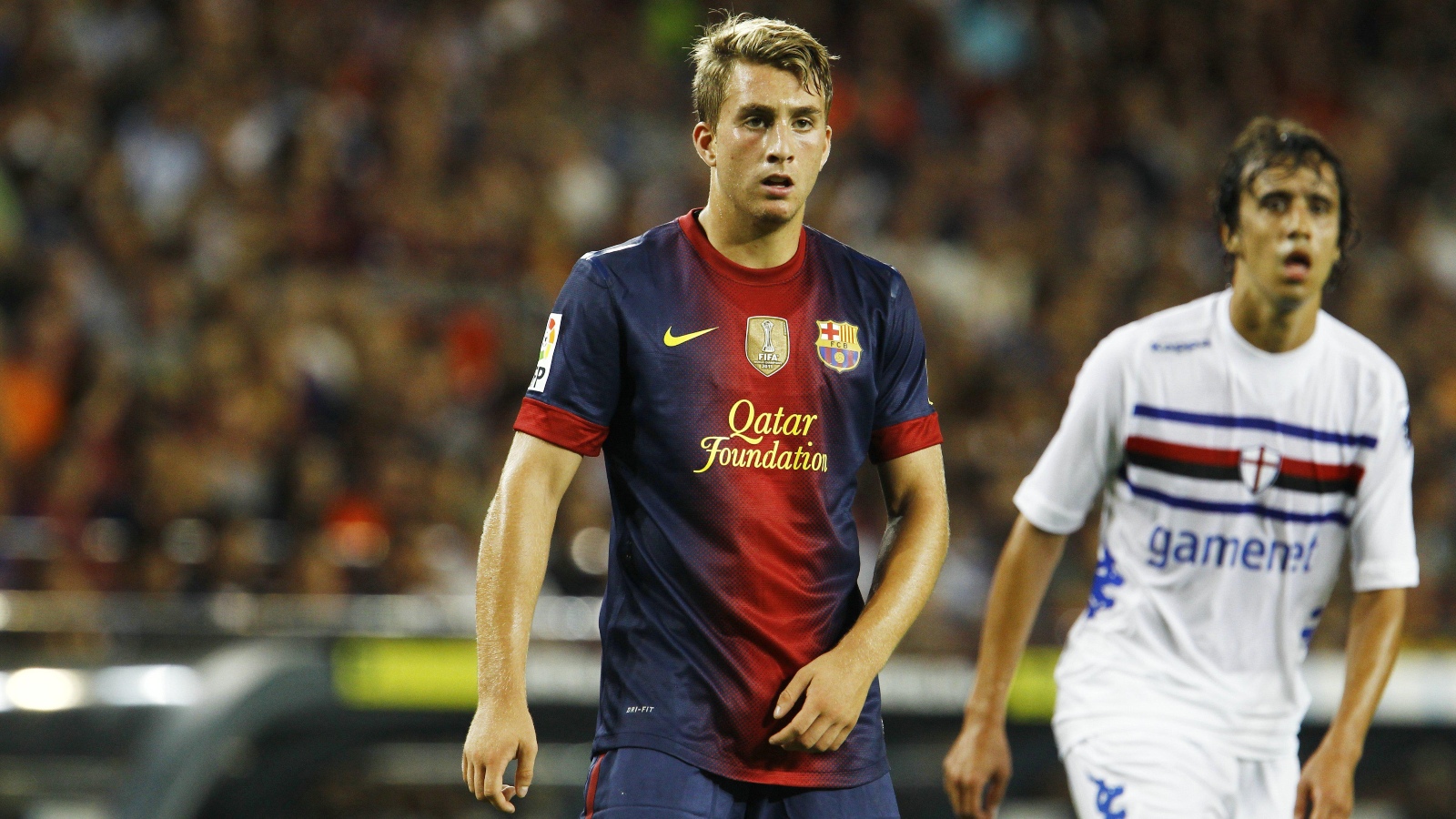 READ NEXT: Where are they now? Barcelona’s 15 wonderkids from Football Manager 2013

If you remember the thrilling title race between Maurizio Sarri’s Napoli and Juventus in 2017-18, you might remember the Neopolitans’ Algerian left-back.

Ghoulam averaged a goal or assist every 197 minutes in Serie A that season, which is very good going for a full-back, but injuries have seen him moved to the fringes of the Italian club’s squad in recent years. He only made three starts last term and was released at the end of the campaign, but can still do a job if kept fit. Particularly handy if you need a back-up squad filler.

The Serbian has always been overshadowed by his superior compatriot Nemanja Matic, which has seen him make just two appearances for the national team, but he was a sturdy and solid enough midfield presence over the years for Celta Vigo and Levante, for whom he made over 100 appearances in Serie A.

In real life, the 29-year-old has just signed for MLS side Sporting Kansas City, if you want some authentic inspiration for the level he’s at. But he remains a free agent in Football Manager 2023, having been released following Levante’s relegation last season.

Over the course of his two-and-a-half-year contract at Carrow Road, he suffered two relegations but a promotion in-between. That probably tells you something about the level he’s at.

Rated at 77, you could do worse, especially if you’re taking on a Championship job.

The Algerian winger didn’t do much of note during his one-year stint at West Ham, but he was a handful at Valencia and won two Super Lig titles during his five-year stay with Galatasaray.

A decade has passed since Feghouli was in his pomp – named Algerian Footballer of the Year back in 2012 – but at the age of 32 and with a rating of 79, he’s not over the hill just yet.

The composure on this finish from Galatasaray’s Sofiane Feghouli 💫

The celebration is just as cold! 🧊#UEL pic.twitter.com/GfHaZgUsXt

Perotti’s five caps for Argentina stretched between 2009 and 2018, which tells you something about his longevity and peaks.

The 34-year-old former Sevilla stalwart’s greatest asset is his two-footedness and his versatility. He’s able to play on either wing, but also as a central attacking midfielder, which is where we’re sticking him – partly due to his advancing years.

He’s the third highest-rated free agent in Football Manager 2023, with a rating of 82.

South Carolina-born Amon has trod an interesting career path, having moved to Denmark as a teenager, developing his skills at Nordsjaelland alongside the likes of Ajax attacker Mohammed Kudus and Brentford duo Mikkel Damsgaard and Mathias Jensen.

He progressed into the first team, eventually getting capped by the USA national team, but a torn meniscus injury and subsequent surgery kept him sidelined for 18 months. Amon is still only 23 and will be looking to get his career back on track after being released by Nordsjaelland in July.

Still relatively young and with a rating of 80, Amon could be a smart pick-up, particularly if you’re taking on a challenge in MLS.

The most high-profile free agent by a distance, and also arguably the best. He certainly is in the world of Football Manager, with a rating of 85.

Llorente will have earned enough from his stints at Juventus, Tottenham, Sevilla and Napoli to have retired contently a long time ago, but he’s still plugging away for the love of the game at the age of 37.

He was most recently seen turning out for Eibar in the Spanish Segunda Division. He only scored twice last term, but don’t let that put you off a striker that’s made a career out of being An Absolute Handful™.