The top 10 players in the world, according to Football Manager 2023 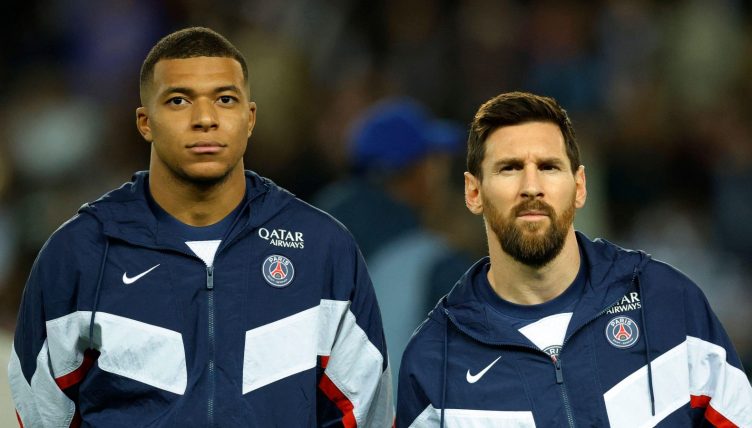 Football Manager 2023 is out now and the database of thousands of players across the world is truly a thing to behold.

A digital bible for any football nerd, you can dig deep and find out everything you need to know about young and obscure players across the world. But we’re also interested in how they’ve judged the cream of the crop at Europe’s biggest clubs.

We’ve taken a look through the FM23 database on FMinside.com and picked out the 11 players in the game rated 90 or above. Here’s the rundown of the world’s top players.

The 35-year-old PSG superstar has a rating of 90 on FM23, but a potential rating of 100 – the only player to hit that maximum value. That might seem a bit OTT, but to be fair he’s the closest we’ve come to seeing perfection.

While it might’ve been difficult to look at Messi in 2021-22 and judge that he’s still among the world’s best – as France Football did, snubbing him from the Ballon d’Or shortlist entirely – the Argentinian has since been in absolutely ridiculous form since the summer, silencing the doubters in the process. 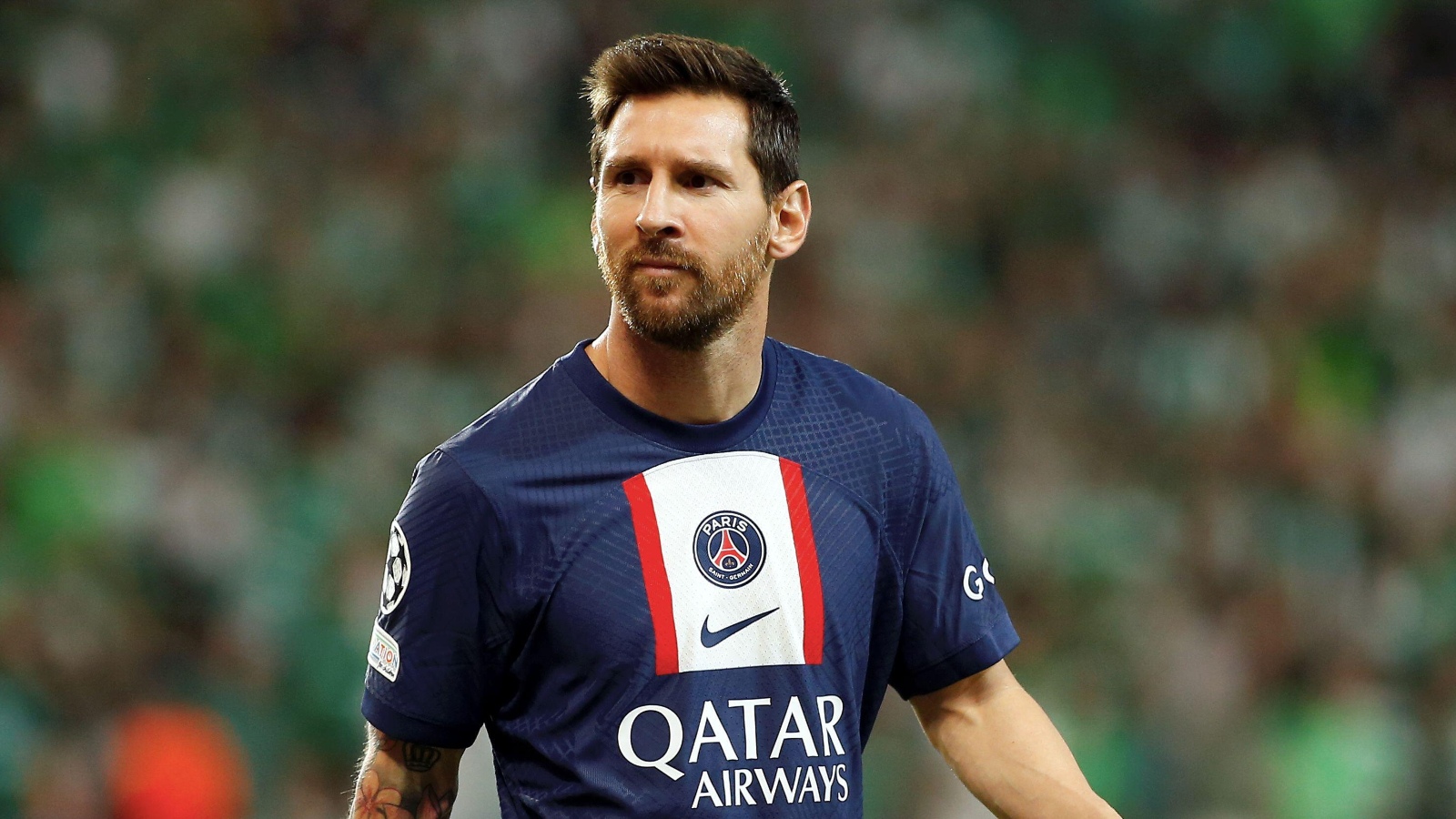 It’s mad to think that Luka Modric is less than a year younger than Andres Iniesta, who has been turning out in Japan since 2018.

Thirty-seven years old and still at the very top of his game, Modric looks set to lead Croatia in the World Cup one last time. He was absolutely sensational in Real Madrid’s La Liga & Champions League double last season and has shown little sign of slowing down in 2022-23 so far.

Well worth his 90 rating.

The highest-rated centre-back in the world.

The formbook might have something to say about that, but the Netherlands international has been consistently brilliant since he joined Liverpool almost five years ago, winning every trophy going during his time at Anfield.

We’ll allow him this wobble and agree that a rating of 91 – four points higher than the next-best, Ruben Dias – sounds about right.

At 91, the top-rated goalkeeper in the world, and rightly so after his Champions League heroics last season.

“If you say that about Courtois, you have to break the journalist’s card, coach, whatever,” Carlo Ancelotti said after FourFourTwo magazine snubbed the Belgian from a list of the top 10 goalkeepers in the world,

And Courtois himself mentioned how much that irked him after his Man of the Match display in the final against Liverpool. The team behind Football Manager can sleep soundly, knowing that he’s not off his Christmas card list.

Goalkeeping heroics from start to finish by the Real Madrid No.1.

The only 92-rated player, Kane has looked back to his best in 2022 with 24 goals and nine assists in 33 Premier League appearances this calendar year.

The England captain doesn’t quite make it into FM23’s best Premier League XI, however. 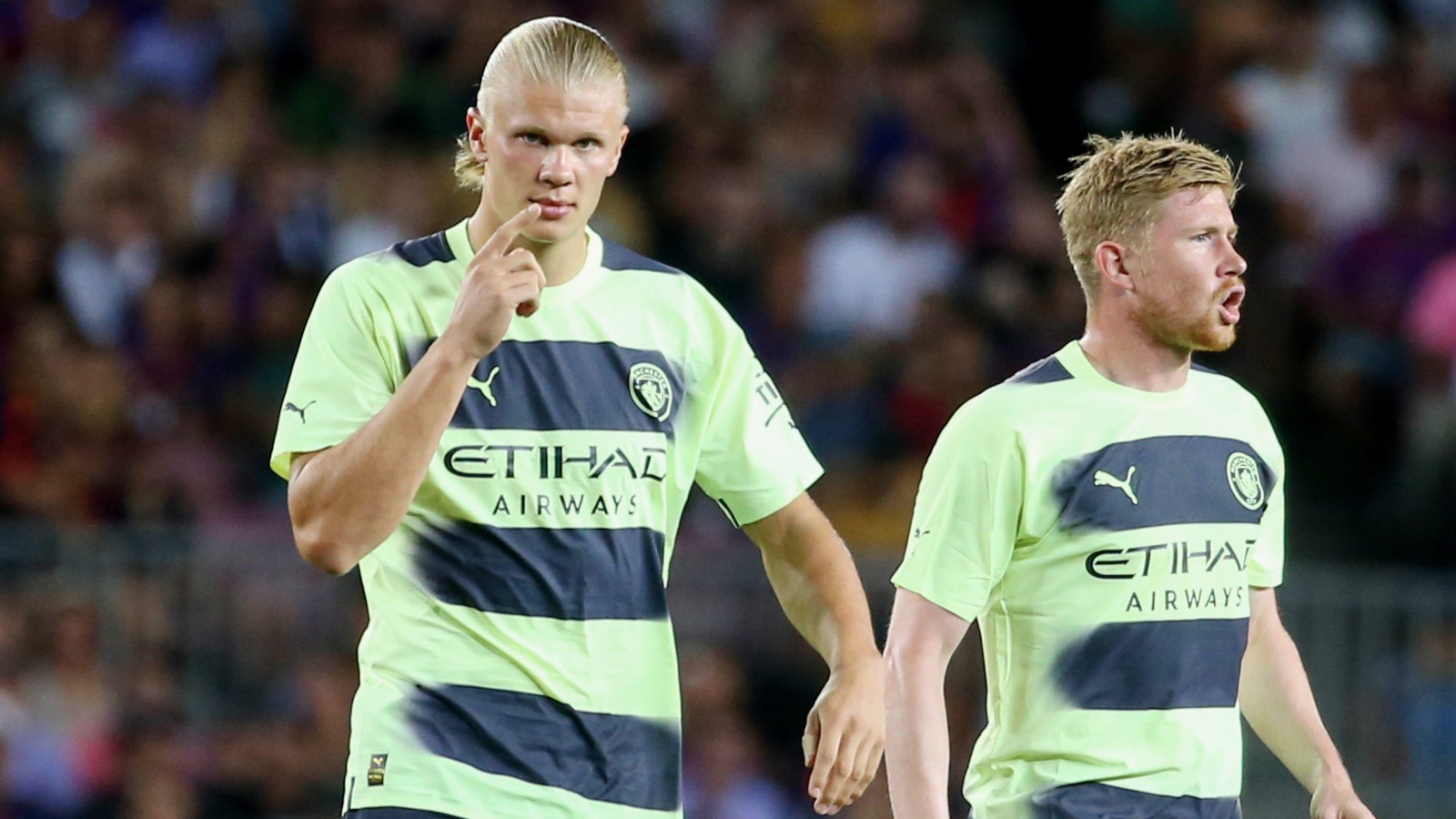 READ: The best XI in the Premier League, according to Football Manager 2023

The Poland international scored 10 goals and 344 goals in 375 appearances for Bayern Munich, winning the Bundesliga title in each of his eight seasons there, and he’s since fired Barcelona to the top of La Liga, having scored 13 goals in his first 14 appearances in the Spanish top flight.

That’s obviously pretty good going. We’re certainly not going to quibble with his 93 rating on FM23.

It’s only right that King Karim, who rightfully lifted the Ballon d’Or last month, is regarded among the top five players in the world.

He’s rated 93, which is the least he could score after producing one of the great individual campaigns in football history.

Liverpool’s Egyptian King slowed down a little after the Africa Cup Of Nations in January, but he was still largely superb as Jurgen Klopp’s Reds chased down the quadruple last term.

The 30-year-old won a third Golden Boot in five years last term. Well worth his bumper new contract – and his 93 rating.

The likes of Jadon Sancho, Timo Werner and Henrikh Mkhitaryan all shone in the Bundesliga before struggling in England, resulting in a few sceptics suggesting that goals are a little easier to come by in the German top flight and that Haaland might not really be all that.

The Norwegian has taken just three months to make anyone that doubted him look very, very daft. With 18 goals in his first 12 Premier League appearances, Haaland is on track to smash the single-season record.

Very obviously the real deal, he’s rated 93 on FM23 but we expect that number to go higher in future editions, as hinted by his potential rating of 98.

The Frenchman has 30 goals and 14 assists in 31 Ligue 1 appearances in 2022. That’s seven more direct goal contributions than anyone else in Europe’s top five leagues in 2022.

The Prince of Paris shows his true quality here, beating defenders with ease and slotting with aplomb! 💥

A slightly controversial pick as the world’s best player, but one we’d struggle to argue against.

Even in a team as dominant and wildly successful as Pep Guardiola’s Man City, De Bruyne stands out and is the one that makes them tick. We defy you to actually watch him closely in a City game and argue he shouldn’t be rated 95.