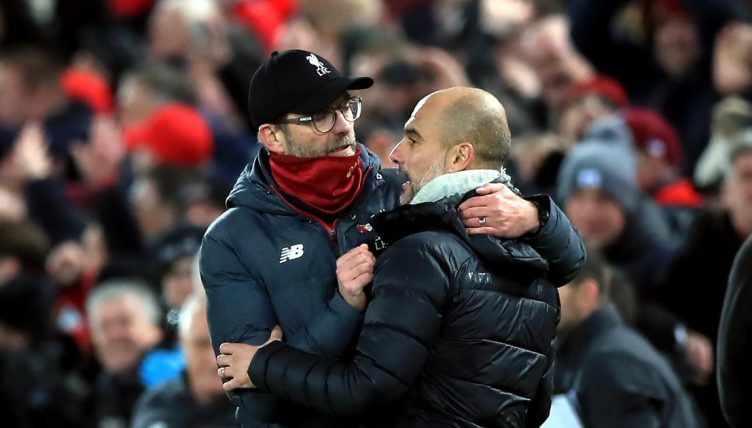 Well, not really. Such a move would never occur and would probably be the single most ridiculous event in football history if it did.

But It’s intriguing to think how Klopp and Guardiola would set up with the other teams. What transfers would they make? How would they tweak their tactics? And, most importantly, who would win more?

Thanks to the Football Manager 2022 in-game editor we can play around with the idea to see what would happen.

So, we moved Klopp to Manchester City and Guardiola to Liverpool along with their assistants and simulated the 2021-22 season. Here’s how they both got on.

First to Klopp’s transfer dealings who, with the financial might of Manchester City behind him, made two major signings.

Renato Sanches arrived from Lille for a £45million deal but perhaps due to the sheer depth in midfield City’s squad, he only started 10 league games.

Robin Gosens also arrived from Atalanta for £42million and became City’s starting left-back, joining his fellow German at the Etihad.

While Klopp made no major sales, Guardiola had to sell in order to buy at Liverpool where money is a lot tighter.

He moved on Kostas Tsimikas in January to Borussia Monchengladbach and brought in Villarreal left-back Alfonso Pedraza as his replacement for just over £14million.

Both managers made subtle but noticeable changes to the way in which the two sides set up.

Guardiola opted to use Thiago in a regista role at the base of midfield just as he did at Bayern Munich, with Naby Keita and Jordan Henderson ahead of him.

Diogo Jota was used in rotation with Sadio Mane on the left-hand side of the front three, but other than that the Liverpool setup stayed almost exactly the same. 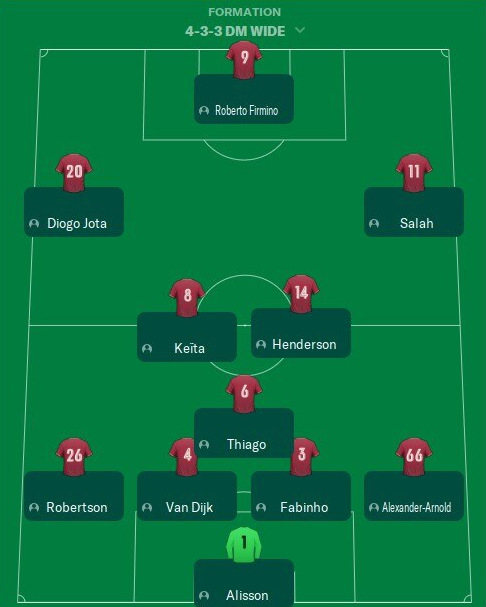 Likewise, Klopp made only a handful of changes to Manchester City’s preferred lineup.

Fernandinho was preferred to Rodri at the base of midfield (note Dias was injured in-game at the time of the screenshot), the Spaniard generally being used as a rotation option off the bench when the Brazilian grew tired.

Foden was used as a Mezala alongside Kevin De Bruyne in midfield while also occasionally playing as a left-winger but £100million man Jack Grealish was only used sparingly by Klopp.

The front three generally consisted of Raheem Sterling on the left, Gabriel Jesus upfront, and Bernardo Silva on the right.

Interestingly Riyad Mahrez was completely frozen out from the side, making just one Premier League appearance under Klopp and being transfer listed. 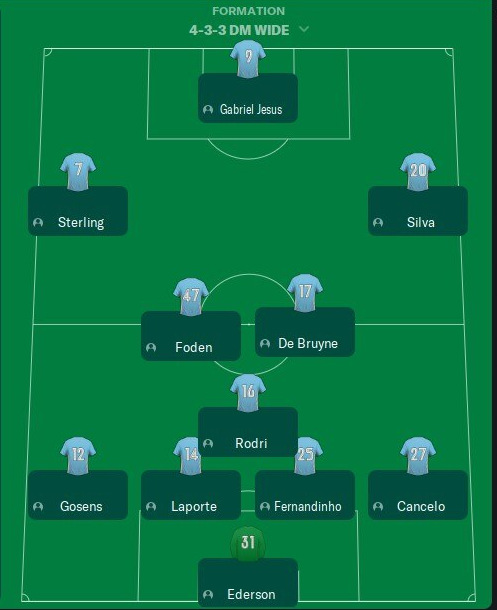 Now to the important bit: who won the most.

Guardiola finally got his hands on another European trophy… but it was the Europa League.

Pep’s Liverpool found themselves finishing third in their Champions League group which featured Bayern Munich, Benfica and Monaco. They earned just nine points, losing both games to Bayern and the home match to Benfica.

They made the most of the situation, however, defeating Napoli 1-0 in the Europa League final.

Meanwhile, Klopp’s City topped their Champions League group but lost out 2-1 on aggregate in the semi-finals to Chelsea, who in turn lost to Carlo Ancelotti’s Real Madrid in the final.

Both teams were knocked out in the early stages of the League Cup, but in the FA Cup Liverpool lost 1-0 to Leicester in the quarters while Klopp reached his first FA Cup final, only for City to lose 1-0 to the Foxes at Wembley.

Now for the big one. City and Liverpool finished first and second in the Premier League, but it was Klopp who got his hands on a second Premier League title. 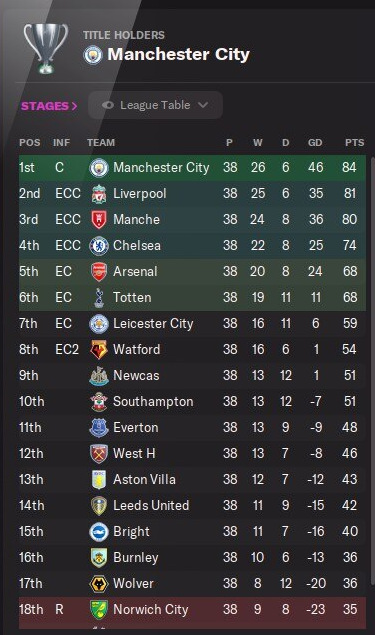 His Manchester City side won the league with 84 points, just three ahead of Guardiola’s Liverpool who ended up with 81.

Klopp’s team both scored more goals and conceded less too, having a goal difference of 11 better than their title rivals.

The head-to-head matches were the deciding factor, with Klopp beating Guardiola 2-0 in both the home and away fixtures.