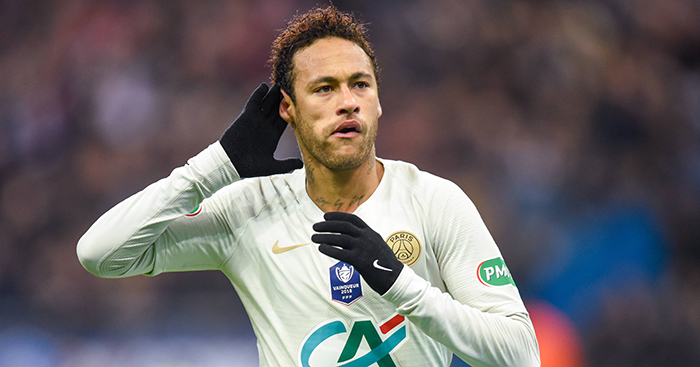 Just imagine how good Paris Saint-Germain would be if all of their players had the stoicism, the team ethic and the work rate of Neymar? Their Brazilian star has been thinking a lot about this lately.

“We need to be more like men in the dressing room, we must be more united,” he said after their collapse in the French Cup final. “I see a lot of young players who are, not lost exactly, but they lack more ear than mouth.

Alas, not everyone is blessed with the same psychological, tactical and technical brilliance of Neymar, which perhaps is why he’s so cursed, doomed to succeed in a vacuum, to be idolised as a great individual among the dross at PSG.

There is nothing that can be done about it. Nothing that can be altered so that Neymar is playing as part of a team without ego, nothing anyone can do to create an environment in which people actually listen to each other rather than run their mouth off in the press, complaining about problems within the dressing room.

But wait! Thankfully we have Football Manager 2019 to see what would happen if there were more people like Neymar – if there were 23 of them, to be exact.

We used the in-game editor to give all of PSG’s outfield players the exact same technical, mental, and physical attributes of the great man, and then simulated one season to see if PSG can win more than just Ligue 1 with an entire team of Neymars. Imagine all that listening, all that unity.

First, nobody in the team can defend – their marking (4), tackling (3) and heading (9) could hardly be worse – but more importantly their mental attributes are hit and miss. 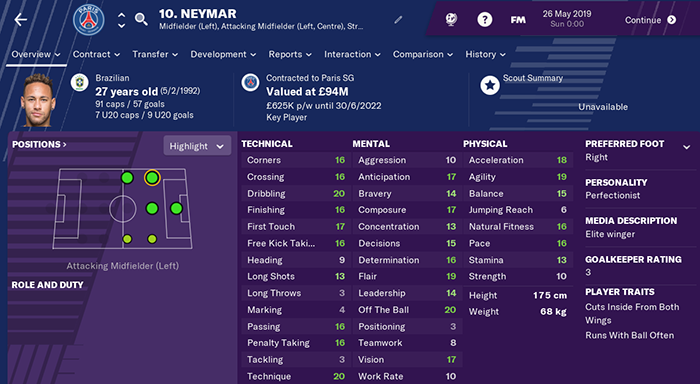 Obviously this isn’t very fair on the Neymars, who can’t be expected to defend very well. But nevertheless PSG win seven and draw one of their first eight Ligue 1 matches, flying out of the blocks by outscoring their opponents. Neymar’s team of Neymars only keep two clean sheets in this run, but hey, who cares?

Cracks first appear in October when PSG lose to both Porto and Valencia in the Champions League, with a 2-2 draw against Lyon sandwiched in the middle. This being their first big domestic game of the season, it is a worrying omen that the Parisians could only earn a point despite playing against 10 men for 89 minutes.

Things go from bad to worse in November, a 5-1 defeat to Valencia throwing their hopes of qualification for the second round into doubt and, worse still, highlighting that a team of Neymars just don’t have the defensive attributes to function as a team.

They lose 2-0 to Monaco in the next match before drawing with Toulouse and losing to Fenerbahce to complete a miserable run of four games without a win. PSG’s Champions League campaign is over.

With no more Champions League to trouble them, PSG embark on a 17-match unbeaten run from December through to February, saving their season at a critical moment.

In all honesty there is not a single major scalp in this run, bar a 3-2 League Cup win against Lyon, and you could argue that Benfica away in the Europa League on February 21 is the first tough game they’ve had since the defeat to Monaco. Benfica win 3-1, and PSG are out of Europe.

The month ends with a 2-0 defeat at Lyon, whose double over the Neymars inches them closer to PSG in the table. Trouble is brewing. 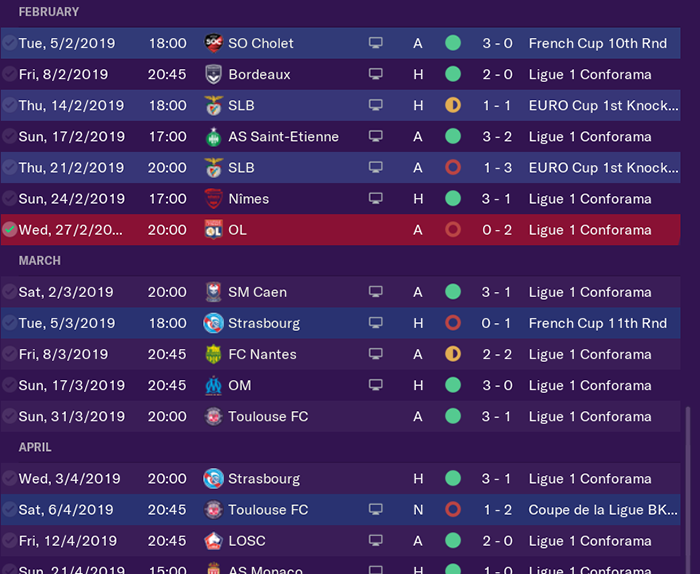 March is… fine. A few routine league wins, a 2-2 draw at Nantes, and before that an embarrassing 1-0 loss at home to Strasbourg in the French Cup. Losing 4-3 we can accept, but a bunch of Neymars in attack really ought to score against the club who, come May, will finish bottom of Ligue 1.

Following the Nantes game, PSG win five in a row in the league to put them four points top of the table with five games to go.

Neymar’s side lose the League Cup final to Toulouse, which granted is yet another humiliation but not a complete disaster now their Ligue 1 form has recovered.

But then, a complete disaster. On April 28, Montpellier beat PSG 2-0 to cut their lead over Lyon to one point. A week later the Neymars beat Nice 2-1, but then on May 10 they lose again: 2-1 at Angers. The goals have dried up and PSG pray for a Lyon slip that never comes.

The Neymars end the campaign on 90 points – but as trophyless bottlers. They were not united, they were not ‘like men’. Did they listen? Who knows, but they certainly did not go far. 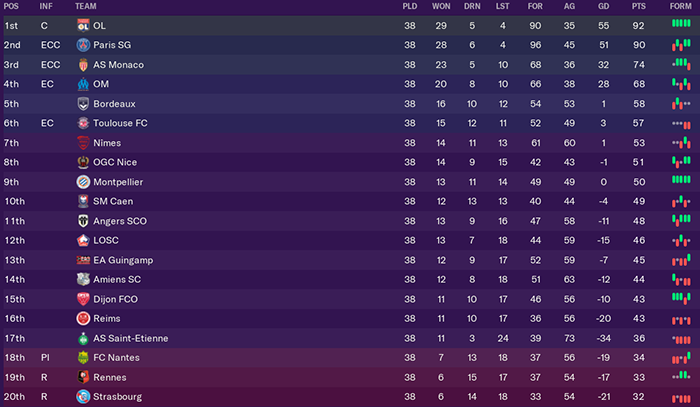