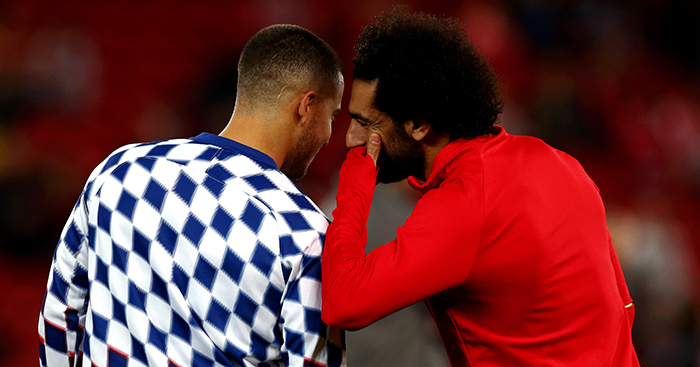 Kevin De Bruyne’s brilliant solo goal in the League Cup quarter-final was a stark – actually, terrifying – reminder that Manchester City have gone through most of the 2018-19 season without their best player.

De Bruyne can win a game single-handedly, but City have been outstanding even without him. And with their star man back fit again, Pep Guardiola’s side will be confident of overtaking Liverpool at the top of the Premier League.

But De Bruyne’s absence got us thinking: how would the Premier League’s ‘big six’ get on if they had to go an entire season without their most valuable player?

Using the Football Manager 2019 Data Editor we removed the player with the highest ‘current ability’ rating from each of Liverpool, Manchester City, Tottenham, Chelsea, Arsenal, and Manchester United.

We banned clubs from signing players in the first window – meaning those poor free agent superstars had to scrabble for deals abroad – and simulated the 2018-19 season to see which club would win the Premier League title.

Naturally, when Jurgen Klopp decided to release Salah on a free the Liverpool fans decided to trust the process and get behind their manager: this was never a one-man team, and despite his 32-goal haul in the Premier League last season Salah’s influence didn’t feel like Luis Suarez’s in 2013-14.

Adam Lallana stepped up to replace the Egyptian, deployed on the left wing in a 4-2-3-1, and played a heroic role in what goes down as one of the most successful years in the club’s history.

Liverpool won the title with 90 points and lifted the Champions League trophy, beating AS Roma 2-0 in the final. Lallana scored the opener on 20 minutes.

Roberto Firmino was the man who truly filled Salah’s boots, however, netting 25 times in all competitions, while Sadio Mane scored 18 and assisted 15 from the right wing.

What happened to Salah? Psychologically destroyed by the double blow of that Champions League defeat and his subsequent firing, Salah slinked off to China and Quanjian.

It’s a desperately sad story: a 26-year-old so heartbroken by a traumatic summer that he moved into the shadows of semi-retirement. Salah scored seven goals in 13 games, and was forgotten. 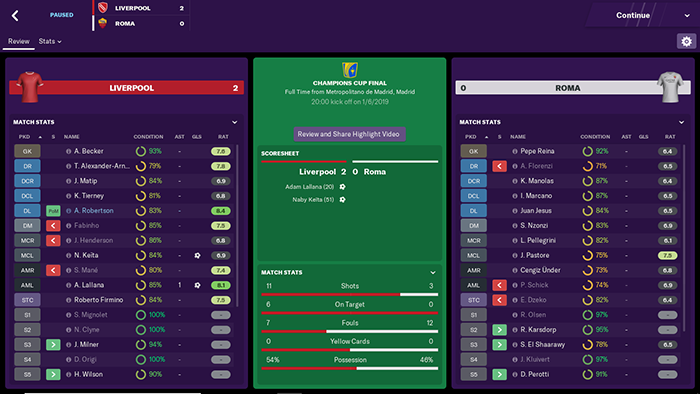 It was a much less eventful year for the champions City, who, after a very strong first half of the campaign – 17 wins from 19, and three points clear at the top – collapsed in the spring, winning just six of their final 15 matches of the season.

The biggest humiliation came in the second round of the Champions League when Barcelona beat them 4-1 on Guardiola’s return to the Nou Camp.

They never recovered emotionally and, without De Bruyne to lift them, kept sinking and sinking. Guardiola was sacked on May 14, the day after the season ended.

What happened to De Bruyne? Juventus took the Belgian to Italy, where De Bruyne promptly won the Double.

One imagines he found Serie A a little dull and uncompetitive compared with the thrill of Guardiola’s centurion season in the Premier League…and, like Salah, he had his heart broken: De Bruyne scored in the Champions League semi-final second leg in Rome, only for the hosts to score a 119th-minute penalty to send the Italians out. 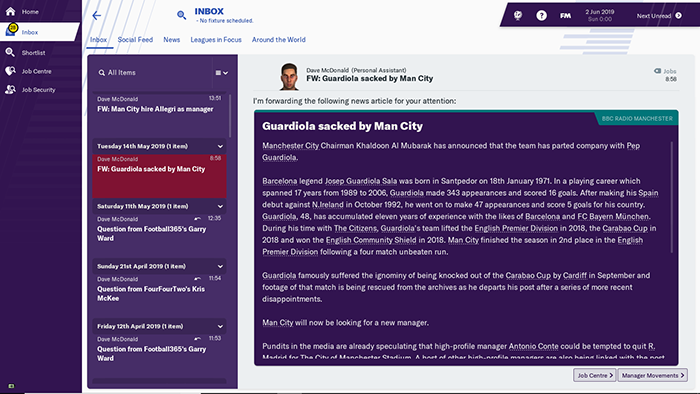 Unai Emery enjoyed a very respectable debut season in English Football, qualifying for the Champions League and – as he always does – winning the Europa League.

Arsenal were pretty jammy really, beating Bayer Leverkusen on away goals and Schalke despite losing 3-1 in the second leg in Germany to qualify for the final.

Narrative fans were delighted to see the Gunners face Emery’s old club Sevilla, who were beaten 1-0 courtesy of an early Alexandre Lacazette goal.

Aubameyang wasn’t really missed, then. Lacazette ended the season with 23 goals, but the real hero was Mesut Ozil, suggesting real-life Emery shouldn’t give up on the German just yet. Ozil managed 14 goals and 22 assists.

What happened to Aubameyang? In what is possibly the most unrealistic thing ever to happen on Football Manager (actually, second most behind Salah to China), Aubameyang decided to join mid-table La Liga side Real Sociedad.

He did pretty well, scoring 17 goals, but obviously didn’t win anything. Very odd. 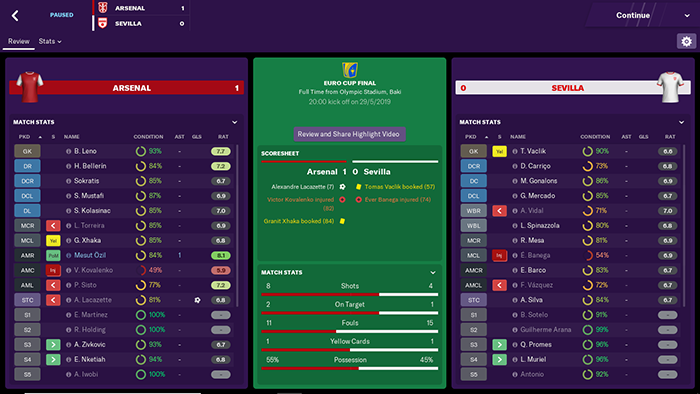 Ah, look what Jose Mourinho could have achieved without the toxic influence of…er, David de Gea. United qualified for the Champions League with 71 points (seven more than their nearest rivals Chelsea), despite having to put up with Sergio Romero in goal for half a season.

He was replaced with Keylor Navas in January, which made a huge difference: United conceded 20 goals in the first 19 games (and were sixth in the division) and just 14 in the final 20, topping the table based on the final 19 matches.

It looks as though De Gea’s release was the only reason they didn’t win the league, making United’s performance the least realistic in our simulation. To be fair to FM19, how were they supposed to know Mourinho would capitulate in his third season?

What happened to De Gea? The Spain goalkeeper found himself at Valencia, and is the second of our discarded players to make it to the semi-final of the Champions League.

Valencia beat Liverpool 1-0 at home in the first leg but went out after De Gea conceded twice in the first 15 minutes in the return fixture. An early comeback blitz at Anfield: that’s more like the realism we’ve come to expect. 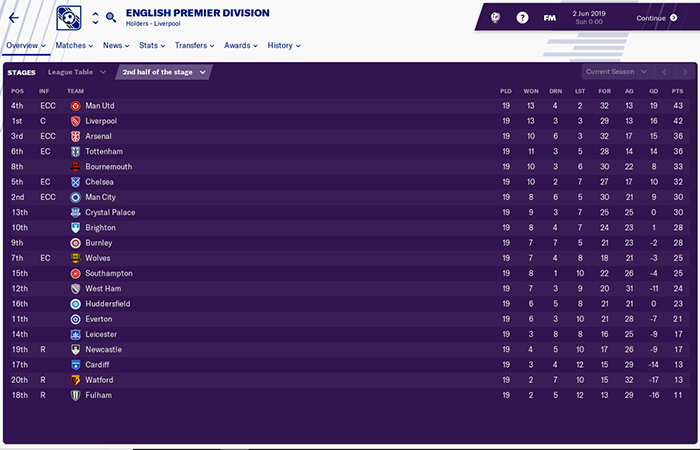 Chelsea were hit hard by Hazard’s absence. Things had been going well for Maurizio Sarri for most of the season, and then in mid-March they fell to pieces Mourinho-style, winning just two of their final 12 matches in all competitions – and scoring a meagre 10 goals in the process.

An extra-time defeat to Arsenal in the sixth round of the FA Cup was the catalyst for an appalling run characterised by a lack of creativity. How badly they missed Hazard’s influence as Porto knocked them out of the Europa League. Sarri was clinging to his job by the end.

What happened to Hazard? AC Milan signed Hazard, but the Belgian struggled to make much of an impact in Italy as Milan finished runners-up to Juventus. Injuries meant he only started seven league matches. 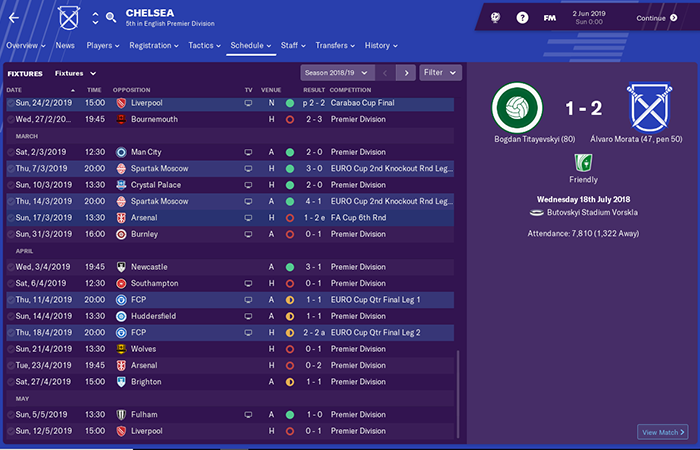 Spurs just couldn’t score without Kane, amassing 56 by the end of a long, wearying campaign in which Mauricio Pochettino was shockingly sacked by Daniel Levy midway through the season.

It was a harsh dismissal with Tottenham only eight points behind Wolves in fourth after 19 matches. They were also just one win away from the League Cup final.

A run of three successive defeats over Christmas appears to have done the trick, which is pretty ridiculous considering how far Poch has taken the club.

There’s no way Levy would be so ruthless in real life, just as there’s no way the players would “lose confidence” in their coach – the official reason cited when Pochettino left. Leonardo Jardim was his replacement.

What happened to Kane? The England striker implausibly spent half a season without a club before Man City swooped in January. Kane went on to score just six times for the eventual runners-up, largely because he had to alternate with Sergio Aguero for the sole spot up front. 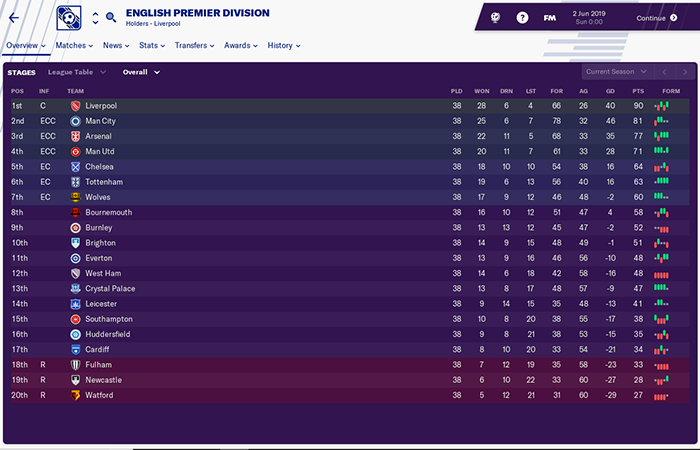