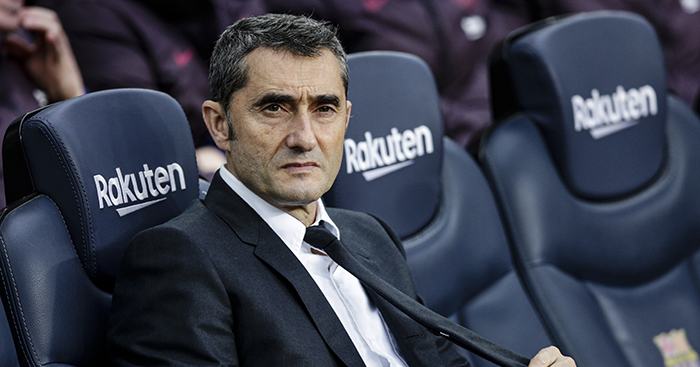 It’s been a strange week at Barcelona.

First they reportedly approached both Ronald Koeman and Xavi for a job that wasn’t yet available as Ernesto Valverde technically clung to his post. Shortly after that, both former players appeared to turn down an approach…and let’s not forget Valverde not only won La Liga in both of his seasons at the club but also has them top of the table this season too.

It gets weirder. The next name on the list was reportedly Mauricio Pochettino, a former Espanyol manager who has repeatedly promised never to manage Barcelona.

We took to Football Manager to determine what could have been if one of the three bigger names had taken charge of Barcelona for the entirety of the 2019-20 season. You never know, any or all of them could complete a year at the Nou Camp one day…

By May 17, when the curtain came down on the 2019-20 season with a clumsy 1-0 victory over rivals Espanyol, Xavi’s Barca were finally finding some form. The win made it six out of seven in all competitions, including a 3-1 triumph over Villarreal in the Copa del Rey final that provided temporary relief.

He never did seem a good fit, mind. It is perhaps Xavi’s poor coaching attributes (defending 12, nothing else above a 10) that explain why Barcelona amble through the campaign, losing nine league matches and drawing another six to finish in third. Leapfrogging Valencia on the final day does little to improve perceptions of a disastrous debut.

The worst period of the season undoubtedly comes in February and March, when they lose five out of nine games, putting an end to an already miserable title challenge and seeing Barcelona embarrassed in the second round of the Champions League by Lyon.

There are precious few highlights and, by the end, Xavi is playing a criminally negative 4-1-4-1 formation to get those precious points. Lionel Messi saves the season with 21 goals and 25 assists. It isn’t enough to save his former team-mate’s job. 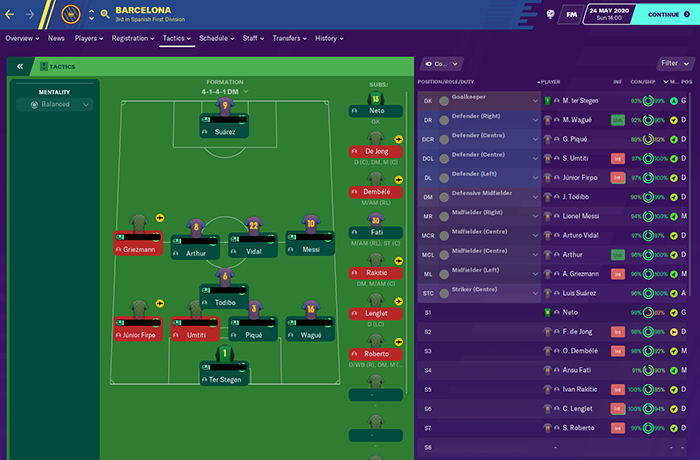 It should surprise nobody that Pochettino was the best performer of the three coaches, but not many would expect the Argentine to break records within a year of being at the club.

Pochettino plays an attacking 4-2-3-1 that syncs neatly with the club’s traditions, while the focus on young players helps refresh a team that – back in the real world – has gone stale under Valverde. Carles Alena, Arthur, and Ansu Fati all play key roles, while there is less creative pressure on the old guard (Messi only gets 24 goals and 14 assists).

But it wasn’t all good news. Pochettino’s team are humiliated 3-0 by Real Madrid in the Copa del Rey final and fail to beat their arch-rivals across four attempts. Worse still, they are knocked out of the Champions League by none other than Tottenham Hotspur, Pochettino’s former club. Spurs go through to the semi-finals on away goals after a 4-4 draw in which Harry Kane scores every Tottenham goal.

Nevertheless, this is a season to be remembered for an extraordinary achievement in the league. 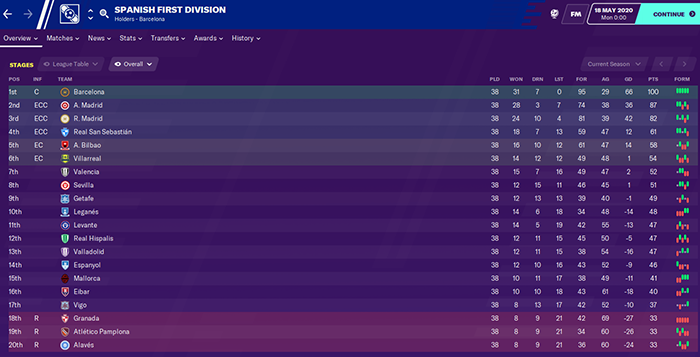 Why Koeman isn’t sacked is a complete mystery. Granted, Barcelona miss out on the title on their head-to-head record alone having won 89 points to finish level at the top with Real Madrid, but poor showings in the other competitions and some drab football suggests Koeman had a dud of a debut season at the Nou Camp.

A bizarrely narrow 4-1-2-2-1 sees both Messi and Luis Suarez played out of position as dual No.10s – albeit scoring 42 goals between them – and these sorts of tactical errors lead to collapses in the season’s most important games.

They are beaten 2-0 by Manchester City in both legs of a Champions League semi-final after pretty much getting a bye to the final four (Napoli and Bayer Leverkusen), beaten 2-0 by Real Madrid in the Copa del Rey semi-final, and pick up a solitary point against Zinedine Zidane’s side in the league.

In hindsight the title was lost on December 4, when Luka Modric’s 81st-minute equaliser denies Barca a win that would have tied the head-to-head and given Barcelona the crown thanks to their superior goal difference. The Croatian’s strike made it a trophyless damp squib for Koeman.