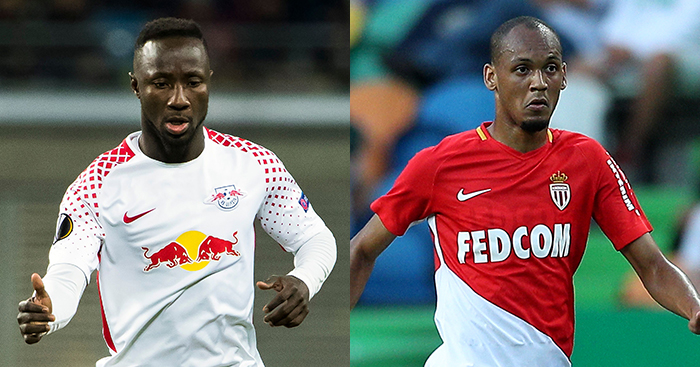 Liverpool have already signed Naby Keita and Fabinho ahead of the new Premier League season – and we used Football Manager to see how they might get on in the Reds’ midfield.

While we can’t yet tell what the full landscape will look like at the start of the next season, Liverpool are certainly showing their intent with their early and ambitious moves in the transfer window.

More new signings are certain to follow, but for now let’s find out what Football Manager foresees for their first two new boys.

It always takes time to integrate new signings, but both Keita and Fabinho go straight into – and remain in – the Liverpool starting XI.

Five wins, a draw and a solitary defeat to Manchester United represents a decent start, with Keita starting all seven games, and Fabinho six.

The Brazilian contributes one goal and one assist in those six games, but it’s Keita who really stands out with three assists, despite taking on more of a destroyer role in midfield.

Both play an integral part in the team’s undefeated run that stretches all the way to Boxing Day, but the two newbies start to struggle as the fixtures begin to pile up, their post-match scores slowly dropping below seven.

Liverpool lose again on the 30th, to Bournemouth, but Keita and Fabinho are rated as the Reds’ two best players in that game.

And wins over Chelsea and Manchester City confirm the two defeats were simply a blip. With Fabinho and Keita as the forward midfielders in a 4-1-2-3 DM setup, they take down both of their rivals by outscoring them in entertaining games. Jurgen Klopp’s heavy metal instincts are still in place. 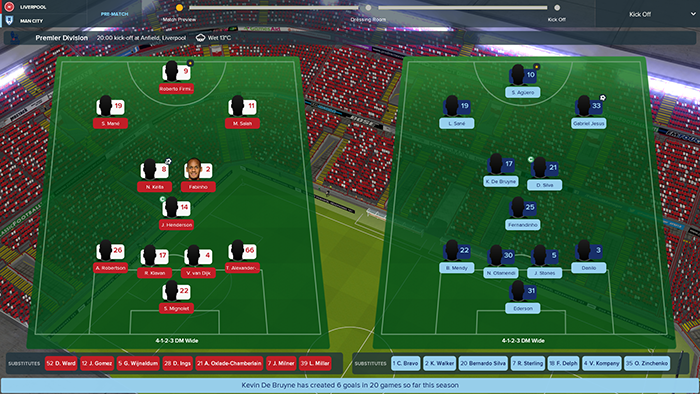 Klopp makes use of Fabinho’s versatility in the Chelsea game. After Joel Matip gets sent off for a two-footed lounge, the manager opts to switch Fabinho into the right-back slot, where he helps the Reds hold out for a 3-2 win.

The same thing happens against City, but there is no red card to justify the decision this time. Again, it leads to a win, but the Brazilian’s rating plummets down to a 6.2 and his morale also goes into critically low territory by mid-January.

Football Manager is clear on where he wants to play.

Troubles on the horizon

By this point, Liverpool are down to fourth place, 11 points behind an incredibly high-flying Arsenal side.

Another big game soon arrives, against Manchester United, and this time Fabinho actually starts at right-back, losing his midfield position to James Milner. He gives away an early free-kick which leads to a United goal.

The score remains the same by half-time, and as the re-jigged midfield pairing only receive a 6.5 rating each, Milner is swiftly subbed off for Adam Lallana in the interval.

In the Champions League, Liverpool are drawn against Sevilla in the first knockout round, losing the first leg 1-0 at Anfield and slipping to fifth in the Premier League at the same time, giving the return leg extra importance.

To make matters worse, Keita is throwing a hissy fit in order to get a new contract; though, to be fair, six goals and eight assists by March is nothing to sniff at from a player in his position.

Fabinho is feeling fine again, at least. He is still a regular in the starting XI and has only has to start at right-back once more, against Newcastle United. 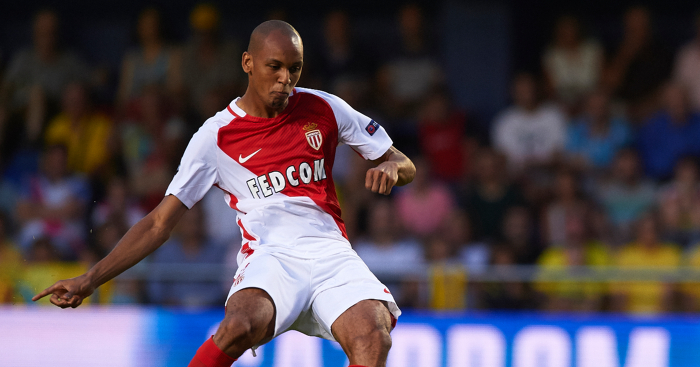 He has an excellent game, too, but Klopp’s men lose 2-1 at home and are on a six-match winless streak. This is eventually ended by a 4-0 thumping of Watford in which Keita scores the final goal to add the cherry on top.

Still, their troubles continue. The two new signings are reinstated as the midfield pairing for the second leg against Sevilla, but a 2-0 defeat means they’re out of the competition.

Keita is named as Liverpool’s best performer of the match with a 92% pass completion ratio, even though he had to go off with a knock after 75 minutes.

At this point, it’s fourth in the league or bust, though at least Keita is feeling happier again. Still, they’ve got to pick up the pace: Spurs, Chelsea and City are up next in a set of fixtures that could very well decide the outcome of the season.

Keita and Fabinho are the dynamic duo in the middle of the park against Tottenham as they dish out the mother of all thrashings in a shock 6-0 win.

Of course, a result like this means that everyone played well in Football Manager’s eyes, but Fabinho’s 8.2 rating and Keita’s two assists cannot go unnoticed. 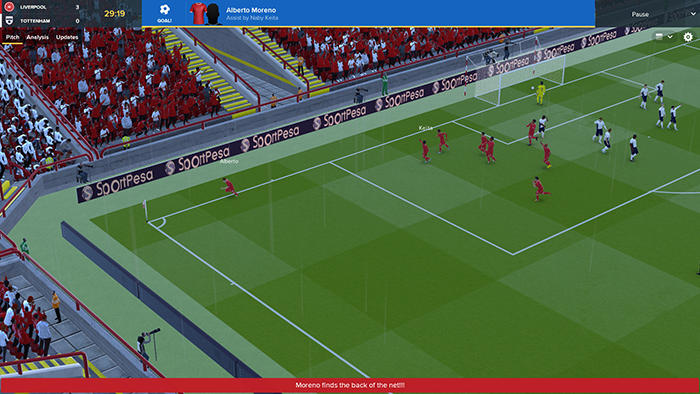 Next up, Keita scores the winner at Stamford Bridge thanks to Fabinho’s fabulous assist. With that, they wrestle away the ever-so-coveted fourth place from the Londoners. Wenger would be proud if he wasn’t so busy leading the league ahead of the Manchester clubs.

Speaking of which, Liverpool are beaten 3-1 by Pep Guardiola’s side at the Etihad Stadum as Keita and Fabinho are rendered anonymous by the Catalan’s possession football.

It matters little. The run-in is a comedy of errors on the part of everyone involved in the race for the Champions League spots, meaning defeats to Brighton and Burnley don’t stop the Merseysiders from pipping Spurs to fourth on goal difference.

Their last match is a comfortable 3-0 win over Crystal Palace. Fabinho is benched after two concerning performances in those two losses, but Keita remains, providing a valuable assist early on.

He ends the season with the third-most distance covered of all players in the Premier League and 38 appearances in all competitions. Fabinho musters 36.

In Football Manager’s eyes, though, Liverpool still need these extra signings they are looking for.