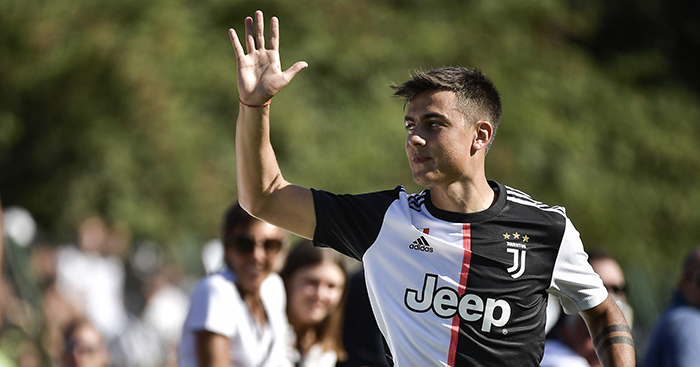 It’s still too early to tell if it’s been a good summer for Manchester United or merely an average one.

Harry Maguire, Aaron Wan-Bissaka and Daniel James have all impressed in their early outings, but none of them are exactly the marquee signing United fans had hoped to see signed.

And though Anthony Martial has started the season well, there is still a sense that United lack at least one star forward to really kick-start a new era under Ole Gunnar Solskjaer.

So we took to Football Manager 2019 to find out what would happen in the 2019-20 season had United captured the big name they got closest to landing, Paulo Dybala, and also Sean Longstaff, who they wanted before baulking at Newcastle’s £50million asking price.

Here’s how they got on:

An unbeaten pre-season, with Alexis Sanchez featuring alongside Paulo Dybala, makes it look like United might actually be ready for a serious title challenge, and the excitement seems justified when they follow up a draw against Tottenham with three wins – including a 2-1 victory against Liverpool in which Dybala scores the winner at Anfield.

What a statement that is for both player and manager, a sure-fire sign that United are back to their best. Thirteen points out of a possible fifteen puts them top, and Dybala, starting as a lone striker with Sanchez and Jesse Lingard in support, has already scored three Premier League goals. 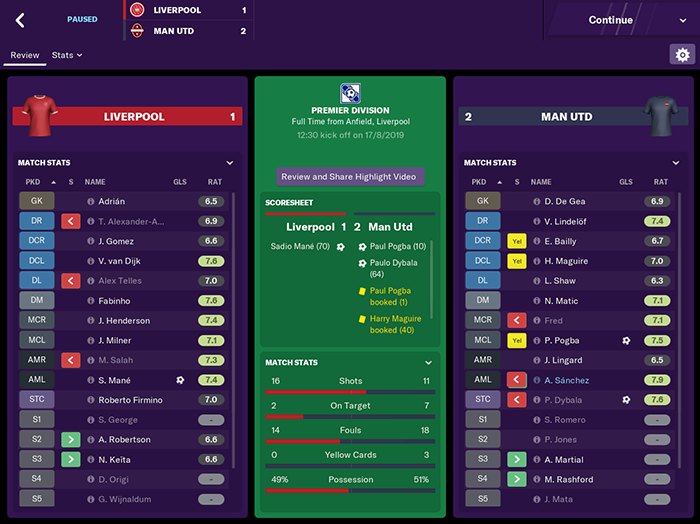 Dybala falls to the ground

Nope, it was a false dawn. A 1-0 defeat at Arsenal isn’t exactly humiliating, but losing at Brighton certainly is.

A double from Pascal Gross in the first half is enough to take all three points, and when one week later Chelsea lead 2-0 at Old Trafford within 13 minutes Solskjaer’s United are suddenly in deep trouble. That’s three defeats in a row in the league. They never really recover.

Dybala scores a winner against Norwich, and another in a victory over Everton, but then November ends with back-to-back defeats against Leicester City and Crystal Palace.

It should be said that United happily sail through their Europa League and League Cup matches during this period, but that’s hardly enough to alter a rapidly worsening narrative. United have 20 points from 13 games.

Solskjaer’s side then go on an 11-match unbeaten run in the Premier League, right through until the start of February, yet they only win five of these games.

Becoming the league’s draw specialists is hardly in keeping with the swashbuckling aesthetic the Norwegian is trying to create, and it’s during a miserable run of 1-1s that we get the first calls for his head.

Dybala scores plenty in December but just the once in January, while Longstaff, on the bench for most of the first half of the season, is loaned out to Chievo in the January transfer window.

In Longstaff’s defence, nobody expected Fred to come good – or Bruno Fernandes, linked with United in real life, to seal a £46million transfer towards the end of the month. 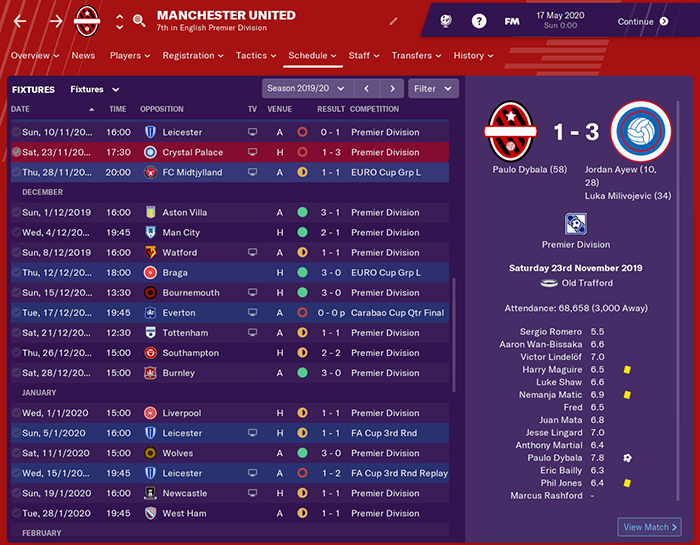 The rest of the season is distinctly unimpressive. Everton knock them out of the League Cup on penalties and Leicester beat them in the FA Cup third round, while the Europa League run – Solskjaer’s saving grace – comes to an end at the semi-final stage and a 2-0 aggregate defeat at the hands of Valencia.

But even winning all three of those trophies would not have distracted from their league form.

United are capable of beating all the relegation candidates – such as Aston Villa, Brighton, and Sheffield United – but anyone remotely good takes three points.

A bad season ends horribly as United fail to beat any of Burnley, Bournemouth, and Southampton, slumping to a seventh-place finish with 60 points. That’s four fewer than under David Moyes and the club’s worst since 1991.

Solskjaer is, of course, sacked. Dybala ends the campaign with 19 goals from 51 matches in all competitions, the Argentine unable to save United from a truly disastrous season. And to think it had all started so brightly… 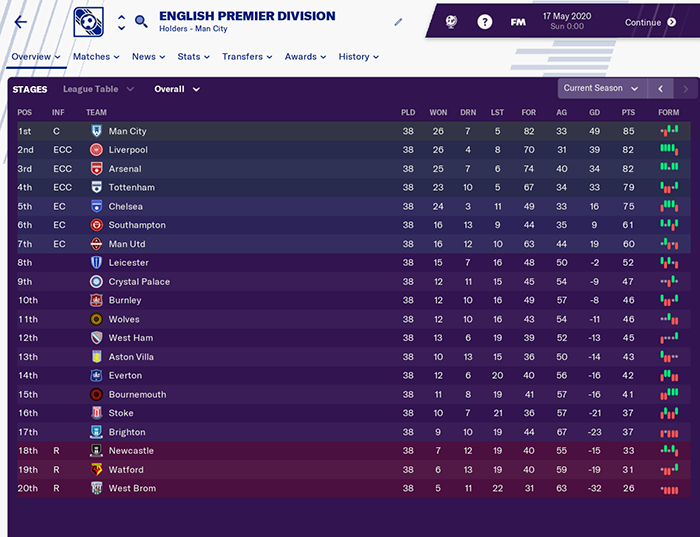 Can you name Man Utd’s top goalscorer from every Premier League campaign?