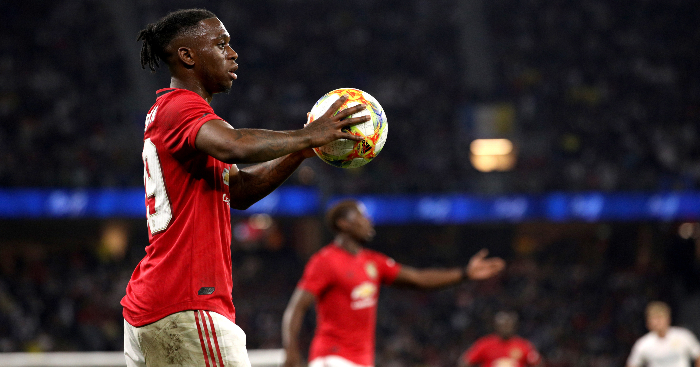 The new Premier League season gets underway this weekend and even though the transfer window slams shut the day before, fans of the Football Manager series will have to wait another couple of months for the latest instalment of the franchise.

But we can’t wait that long. Using the Football Manager Data Editor, Planet Football have made every summer 2019 Premier League transfer in order to simulate the upcoming season and find out just how well England’s top 20 perform with all their new signings.

Manchester City win the league, obviously, although they only amass 88 points, just five more than runners-up Arsenal, thanks to the form of Kevin de Bruyne, Leroy Sane, and Sergio Aguero in particular.

But that lower-than-expected points total can be explained by their apparent focus on the Champions League, which City also win after beating Atletico Madrid 2-0 in the final – completing a treble shortly after defeating Liverpool on penalties in the FA Cup final.

Arsenal upset the odds by finishing in second with Liverpool and  Manchester United taking up the other two Champions League spots. Further down the table Bournemouth somehow finish seventh, West Ham flirt with relegation, and Aston Villa’s big-spending cannot prevent them from going down. Liverpool win the FA Cup. 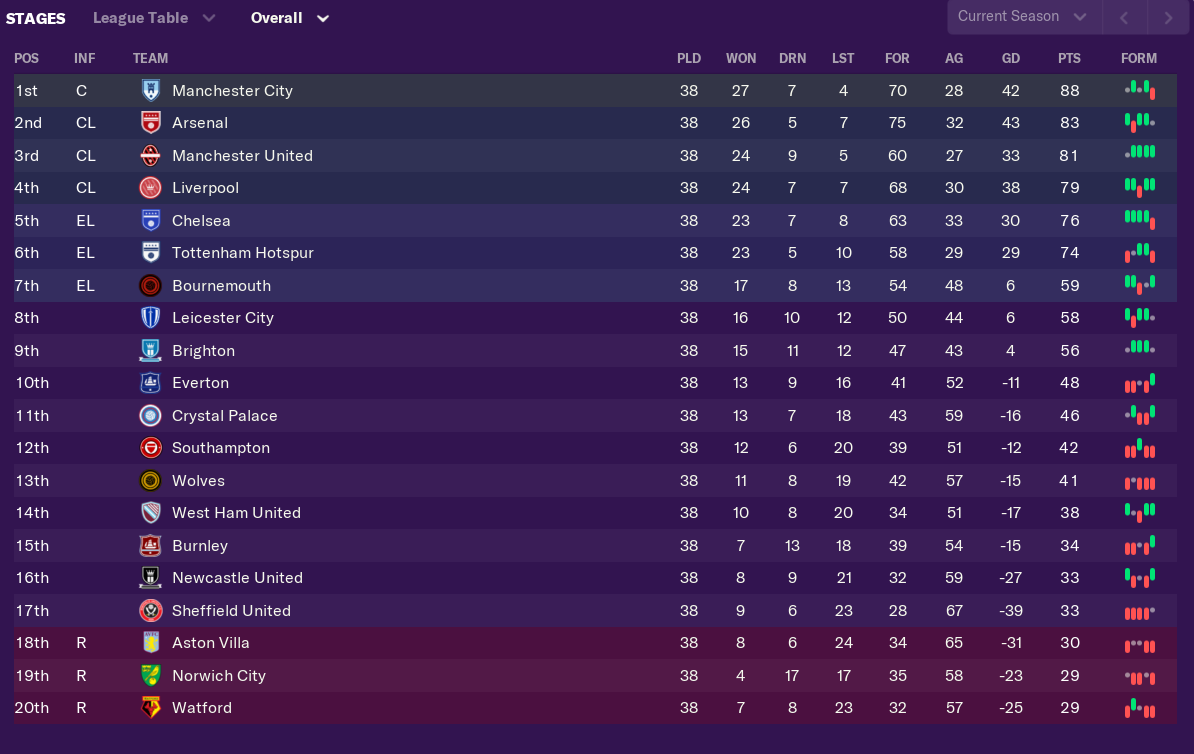 A good season for…

Bournemouth: Eddie Howe’s men finish seventh, level on points with Chelsea, after a heroic campaign from 23-goal, Golden Boot winner Callum Wilson. Oddly, he is one of only five Bournemouth players to average more than 7.00 over the course of the season, which reflects their erratic results: 17 wins and 13 defeats, including a sequence of 11 points from the final 10 games of the season that saw their shot at the Champions League places collapse.

Arsenal: The Unai Emery revolution finally gets started in 2019/20. Arsenal finish second and nine points above rivals Spurs (amassing 83 points – 13 more than in the previous season), but before Gunners fans get excited about FM19’s predictions we need to talk about some pretty dodgy outcomes. Mario Mandzukic, signed in January, chips in with seven goals and three assists in 18 matches, while Mesut Ozil gets nine goals and 17 assists. Nicolas Pepe is dreadful for half a season before being shipped off to Leicester City on loan, while Dani Ceballos only starts eight matches in all competitions. 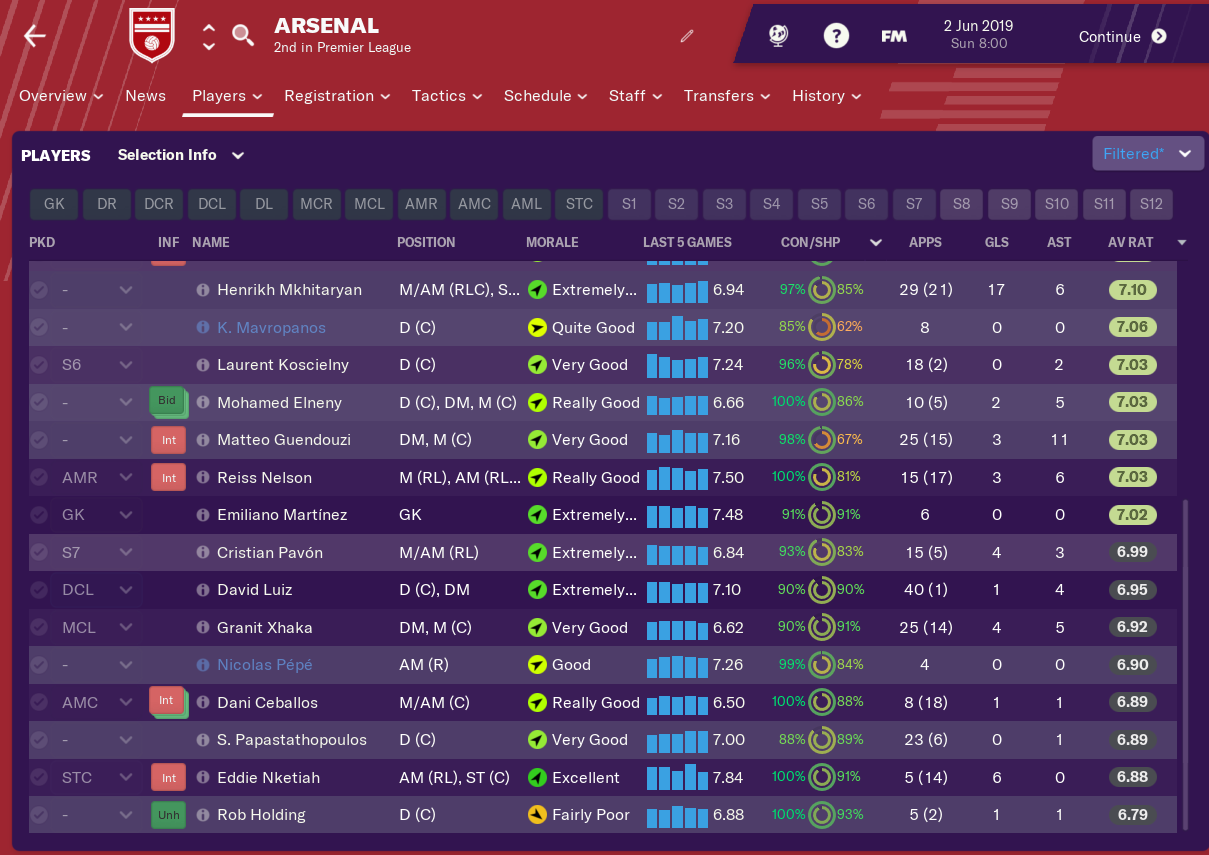 A bad season for…

West Ham: In real life, Manuel Pellegrini’s excellent transitional season has set the Hammers up for a run at the top seven, with Pablo Fornals and Sebastien Heller ready to take the club to the next level. But in FM19 they limp over the finish line with 38 points, disaster averted after winning 10 points from the final five matches, in which Pablo Fornals shone. 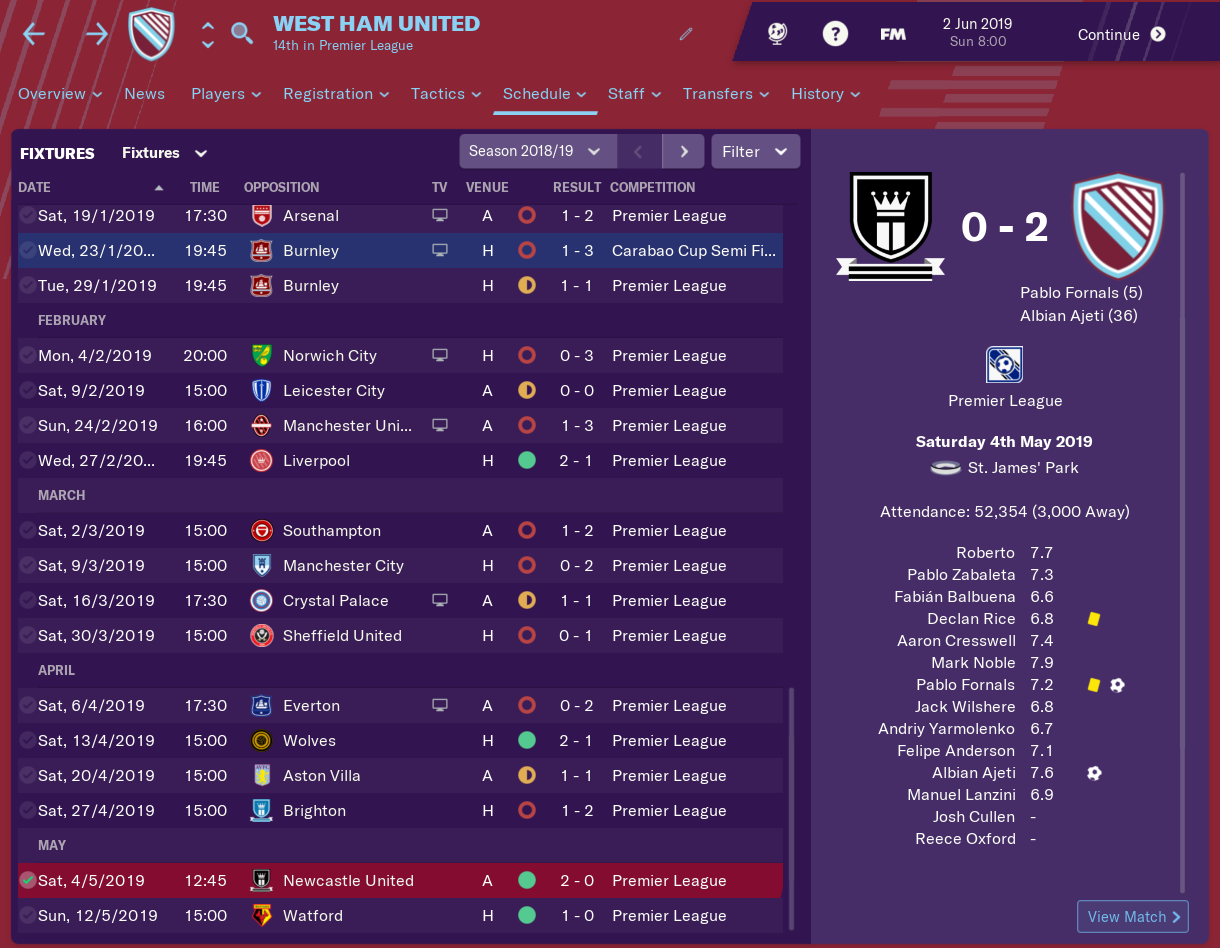 Aston Villa: FM19 seems to think that 13 new players is too high a turnover for a newly-promoted side. Villa are relegated with a measly 30 points with Tom Heaton arguably the only player performing to his expected level in 2019/20. Jack Grealish is anonymous, as are Douglas Luiz, John McGinn, and Trezeguet. Dean Smith somehow hangs onto his job, but having spent £130 million in 2019 his summer task will mostly comprise of selling off the assets. 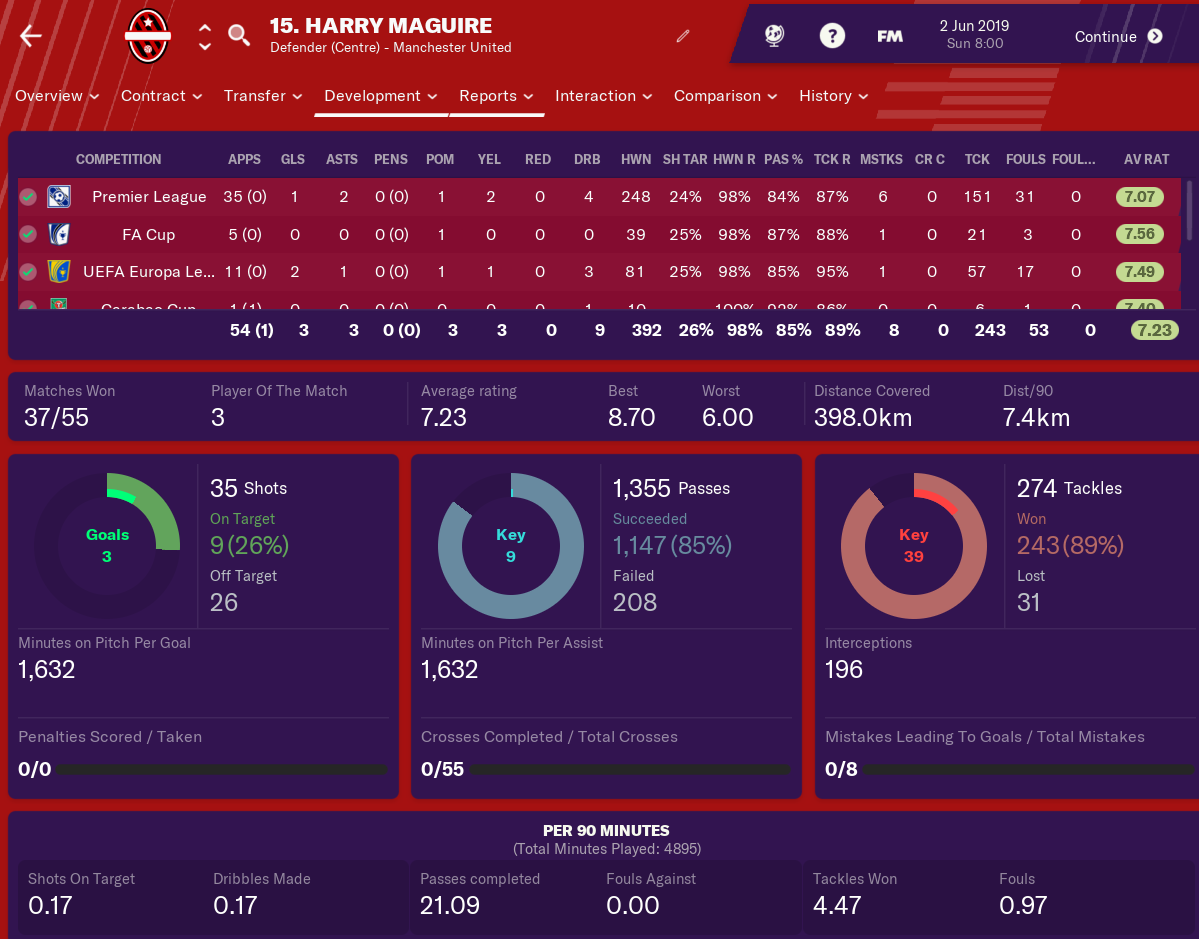