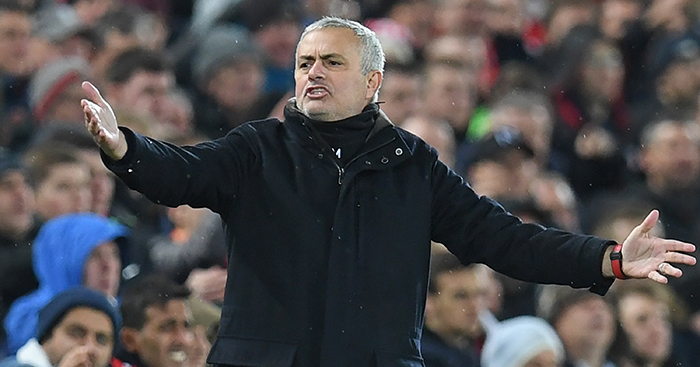 There is no doubt that Jose Mourinho’s disastrous third season as manager of Manchester United has done permanent damage to his reputation. But is he finished at the top level?

Managers only tend to spend 10 years at the top, or so the theory goes, because the stresses and demands of the job invite a self-confidence that prevents adapting with the times; the tactical and personality shifts in the game are too seismic for individuals to keep up with the pace of change. Sir Alex Ferguson is the exception that proves the rule.

So what will the next five years look like for Mourinho? We took to Football Manager 2019 to find out:

We replaced Mourinho as United manager on December 18 by taking control of the club ourselves then immediately retiring, before simulating another six seasons of the game.

When our dormant manager Mr. Planet Football returned from his holiday on December 18, Manchester United weren’t quite in the same predicament as real life, although Mourinho had been struggling.

They had 30 points from 17 games, rather than 26, and despite beating Huddersfield 2-0 in Mourinho’s final game they had failed to win any of the previous three. Releasing him into the wild didn’t feel too unfair.

Mourinho spent the rest of the 2018-19 season – and the whole of the next year – in quiet contemplation, presumably pouring over newspaper clippings of his past successes and scrawling the names of his media enemies into a little black book labelled ‘Master Plan’.

After 18 months out of the game, Mourinho very-believably landed the Roma job. In one the world’s most iconic cities – the beating heart of the Roman Empire – sits a club with a relatively large history but huge scope for growth; that’s a sensible choice for a man whose best work came at Porto, Chelsea and Inter Milan.

They came fifth in Mourinho’s first season in charge, rising two places from the previous campaign and finishing with four more points; a decent start for a manager who famously needs a year to transform the culture of a club and sculpt them in his image. Next year will be the assault on Juventus…

Oh. Roma start the campaign with two league defeats, and although things pick up after that a toxicity clearly spreads around Rome.

After spending just £30million in his first season on 10 players, Mourinho is given a measly, poultry, pathetic £57million in the summer of 2021. Naturally that is nowhere near enough, Mourinho complains bitterly, and the squad never really recover.

Pundits in Italy suggest that perhaps he shouldn’t have blown £29million on Sebastian Coates or £18million on Sheyi Ojo.

Nevertheless, Roma looked to be heading towards Champions League football until a sudden collapse in their final five league matches. They drop out of the top four on the final day thanks to an ignominious 3-2 defeat at home to Verona.

The pressure clearly got to the players and Mourinho didn’t react well, hurling them like discusses under passing traffic. He was sacked on May 29, ending his first ever trophyless tenure as a football manager. 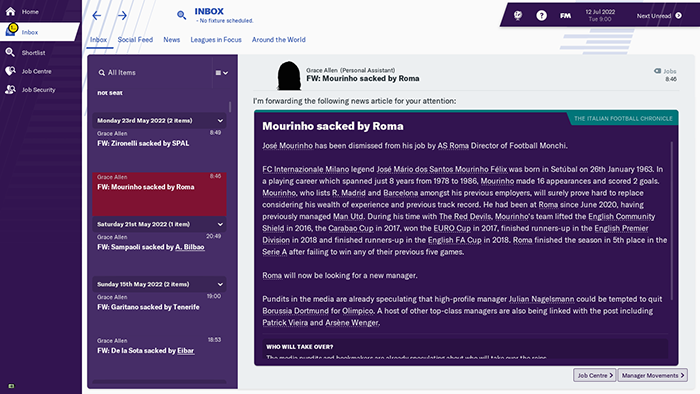 Too damaged to be given another shot at the top level, too egotistical to accept it, Mourinho drifts through the 2022-23 season without an obvious route back into the game. He’s just resting. You wait. He’ll be back stronger than ever.

Come on Jose, do something. Anything. Swallow your pride and take a smaller job.

Finally Mourinho accepts an offer, and it’s another one that fits Mourinho’s sense of the romantic. Everton’s resources leave room for growth, while managing the Toffees rekindles his tempestuous relationship with Liverpool Football Club. Maybe Mourinho can even create a new super club at the top of the English game.

Nope. Back in the limelight of the Premier League, and after spending £82million in the summer, there is nowhere for Mourinho to hide this time: no players to blame and nowhere to deflect.

Everton had finished ninth the year before but sank into obscurity in 2024-25, finishing 13th with just 44 points.

Mourinho gave up on the league table once Everton’s Europa League campaign kicked up a notch, and indeed there is some glory in them reaching the final four before losing 5-3 on aggregate to Borussia Monchengladbach.

But at what cost? In a record 10 months, the board were already tired of Mourinho’s football – and sacked him on May 13. 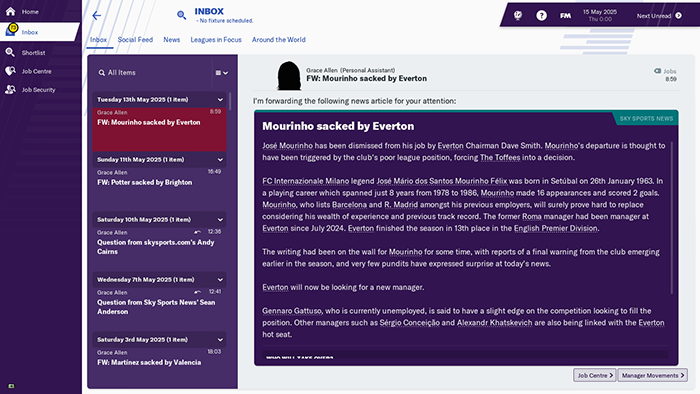 Six years on from his Man Utd tenure Mourinho had sunk like a stone, his slow fall from grace very funny painful to watch. There were no trophies whatsoever, just more tedious football and pointless complaining (probably).

Just look at how small these past six years read on his biography (below); they’re a mere footnote, and final confirmation that Mourinho, stuck in the past, has completed his transformation into a Specialist in Failure. 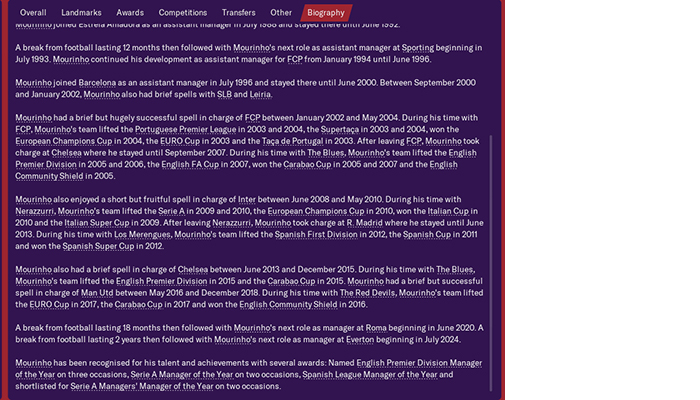