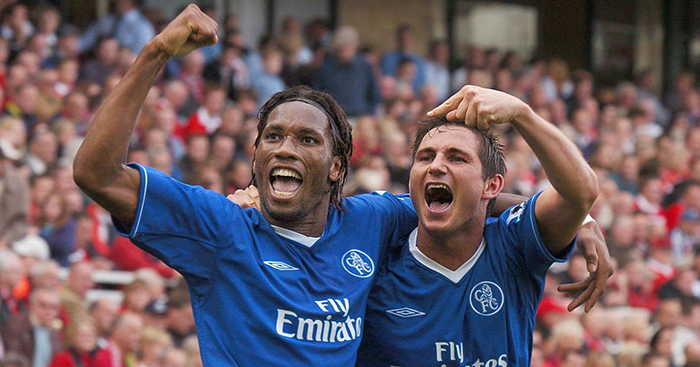 Antonio Conte won the Premier League in his first season at Chelsea, but how does his 2016-17 team compare to Jose Mourinho’s first team?

As football fans, one of our most enjoyable pastimes is debating how a vintage team of the past would compare against another or a current team.

We can never know for sure, of course, but these are arguments we’ve all had over a few pints with our mates in the pub. And more often than not, the power of nostalgia means we side with the past team over the current one. It’s just what happens when we get old.

Conversely, the phenomenon of recency bias can lead some to convince themselves the players they have seen most recently are, in fact, the best of all time.

Anyway, embroiled in one of these debates recently about Mourinho and Conte’s first Chelsea teams, we decided there was no better way to settle the argument than to ask our friends at Football Manager to simulate a game between the two.

Conte had the advantage of inheriting Chelsea team much more established as one of the best in the world after years of top recruitment, but Mourinho benefitted from having the likes of Petr Cech, John Terry, Frank Lampard and Didier Drogba at their best.

So, just for fun, here’s what happened when the two teams met on Football Manager… 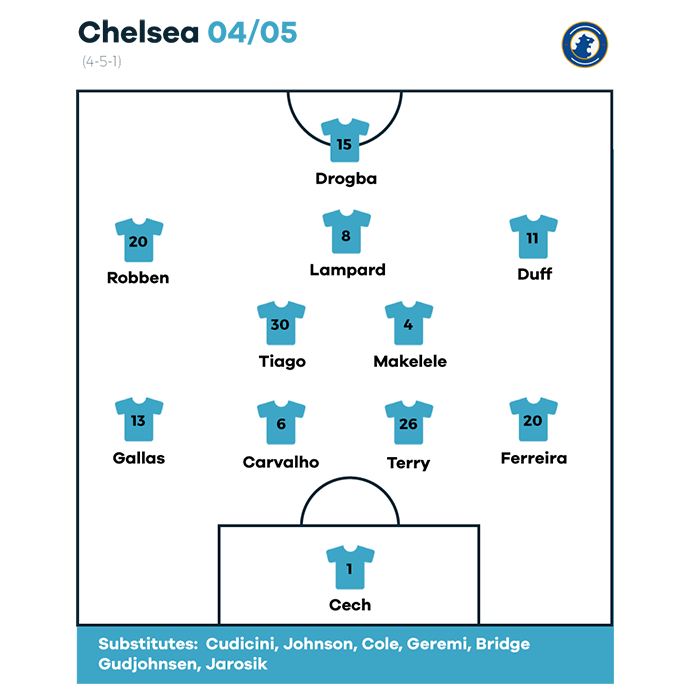 This was an intriguing tactical encounter that pitted Mourinho’s flexible 4-5-1 system against the fluid 3-4-3 that propelled Chelsea to the title last season.

It quickly became apparent that Claude Makelele and N’Golo Kante in particular were going to be crucial in giving their respective sides the upper hand during the match.

Makelele’s ability to win the ball and control the tempo in the middle of the park gave Mourinho’s Chelsea the upper hand in the early stages, and the move that led to their breakthrough goal was started by the Frenchman.

Picking the ball up on the halfway line, Makelele fed the ball through to Lampard, who was allowed to dribble to the edge of the area before playing a perfectly weighted pass to Drogba.

The Ivorian calmly lofted the ball over the onrushing Thibaut Courtois and into the net to prompt wild celebrations amongst his team-mates. 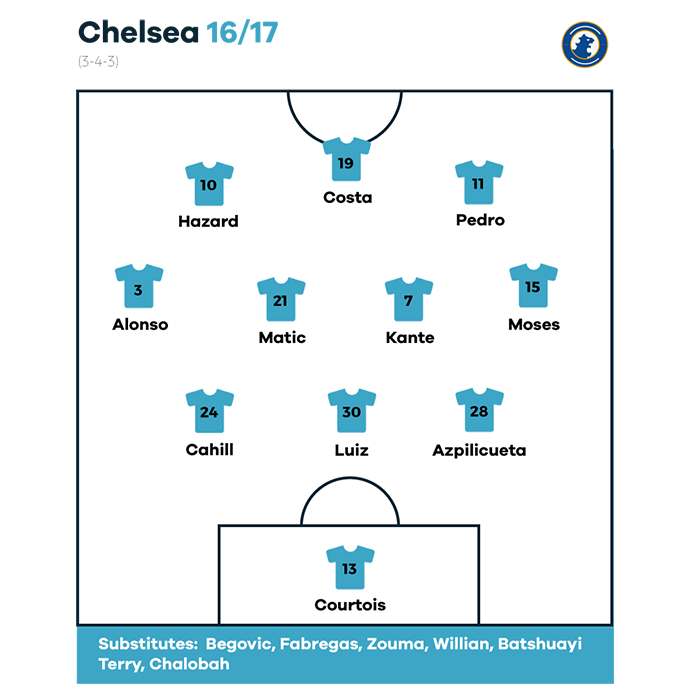 That prompted Conte into action having witnessed a lethargic opening half hour from his team. Kante was tasked with pressing higher up and the pitch and doing so more often while Victor Moses was asked to drop slightly deeper to offer more support to the defence.

The changes had an almost immediate impact as a well-constructed passing move opened up an opportunity for Pedro on the right of the area, but his powerful effort could only find the side netting.

A lively start to the second half produced good chances at both ends.

First Arjen Robben forced a superb save from Courtois down to his bottom left and then Ricardo Carvalho headed narrowly over from the resulting corner.

Diego Costa then flicked the ball a shade wide of the right post from Eden Hazard’s whipped cross into the middle as the 16-17 squad began to retain possession consistently for the first time in the match.

The increasing pressure on the 04-05 defence eventually told as Costa levelled the scores just before the hour mark.

A neat one-two between Pedro and Hazard dragged Carvalho out of position, and Costa outpaced Terry to Pedro’s through ball and fired a first-time shot beneath Cech.

Further efforts from Moses, Hazard and a speculative 30-yarder from David Luiz followed. These never troubled Cech’s goal but maintained the attacking pressure from Conte’s men.

It was just seconds after the 04-05 squad’s best chance of the half that Conte had his winning moment. Joe Cole, plucked from the bench to replace Damien Duff, got past Marcos Alonso and produced a pinpoint cross onto the head of Drogba, but the imposing forward could only head straight into Courtois’ hands.

The Belgian’s quick throw found Cesc Fabregas, Conte’s only substitute of the match, who played a 25-yard ball ahead of Hazard. It was then a case of watching the type of individual skill that Hazard delivers time and time again as he cut past Paulo Ferreira and curled his shot past the helpless Cech and into the bottom right corner.

Mourinho tried to inspire a late equaliser from his side but directed almost every attack through Lampard who was being effectively marshalled out of the game by Kante.

A dragged shot from Robben was as close as the 04-05 team came to an equaliser the clock wound down on their hopes of sealing a draw. 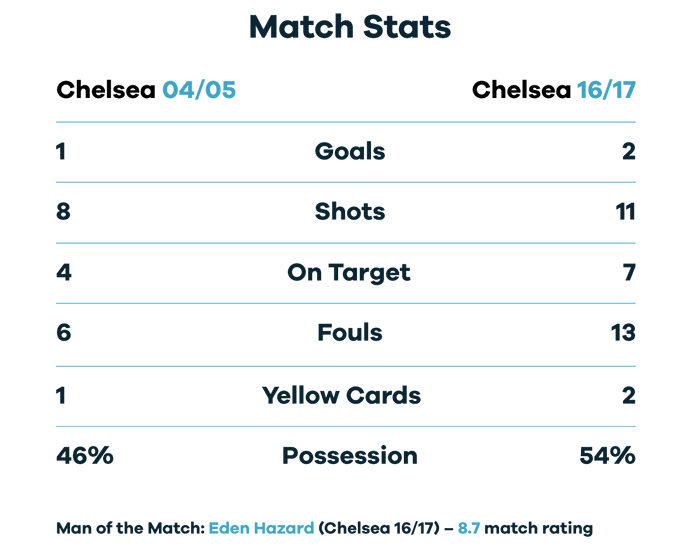