7 brilliant hidden gem wonderkid strikers you should sign in FM22 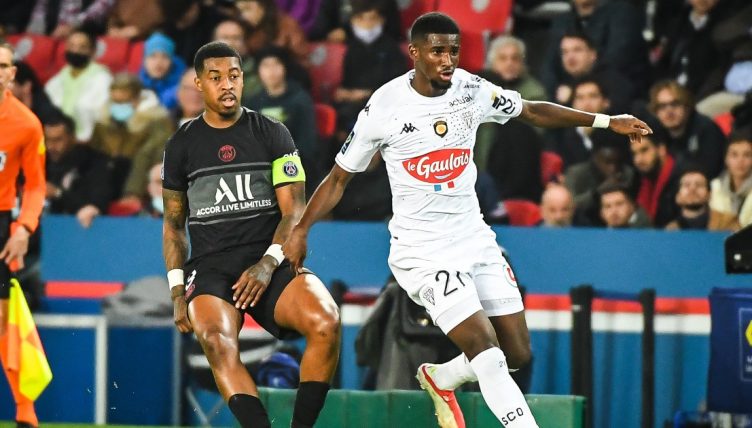 Football Manager 2022 can be a tricky beast – and hardest of all is finding a good striker for a decent price. But here, we bring you seven of the best hidden gem wonderkid strikers – all at a decent price – to get your next FM22 save off to a flying start.

If you’re anything like us when it comes to playing Football Manager 2022, all your budget doesn’t get spent evenly across your squad.

The temptation to invest all your money in a wonderkid striker, even when you’ve got glaring defensive issues, is often too strong.

Who cares if you concede three? Thanks to your 17-year-old Brazilian you’ll score at least four a game, or at least that’s what you tell yourself.

But if you know where to look you can find yourself some bargains just off the metaphorical scouting beaten track.

So here are seven hidden gem wonderkid strikers you can pick up, at a variety of price points and quality, for your FM22 save.

Who doesn’t want a Scottish juggernaut leading the line of their team, yelling “freedom” while he does so?

On his Scottish Under-17s debut against Wales, he scored a hat-trick, such is his supremacy in his age class.

His standout stats are 11 finishing, 12 heading and 13 dribbling. Look after him, and he could reward you greatly.

📍Liverpool have had Hibs striker Ethan Laidlaw on trial for a fortnight. 16, had a trial at Leeds. Linked with top clubs.

He scored two in two games against Manchester United and Tottenham.

One to watch out after losing Ennis to United.

Ferguson is likely the most expensive player on this list, with Brighton wanting at least £11million for their young Irish striker.

Another one who starts the game at 16, Ferguson is a serious talent currently developing in Brighton’s youth structure.

Pair him with Laidlaw for a terrifying Celtic front two.

France and England is a rivalry as old as time, but Mohamed-Ali Cho has found himself playing for both.

The French-born striker played for England at Under-16s level, but switched to France for Under-21s.

He’s now 18, and in that time has gone through the youth academies at Chantilly, PSG, and then Everton before leaving for Angers where he has been racking up a number of senior appearances.

The young prospect has a variety of stats that should convince you to pull the trigger on a deal that should come out just below £10million.

First touch 13, 13 technique, and 12 dribbling demonstrates that he’s a technically gifted player who could develop into one of the best in the world under your tutelage. That’s joined by 14 determination, which means he should do everything he can to make it.

After Brazilians and Argentines, there’s one nationality that comes to mind when we think about wonderkids in FM22: the Dutch.

When they’re not eating pancakes or being tall, they’re developing exciting young footballers for a profit.

That last stereotype is true in this case as well; Emegha is nearly 6’4″ at 19-years-old, and if that’s not enough to make you want him we’re not sure what is.

He’s moved to Belgian side Royal Antwerp from Feyenoord in January 2022, but if you give it a year in-game you’ll be able to pick him up fairly cheaply.

Some of the best deals can be found in obscure leagues you would never think about looking in.

That’s the case with Ovelar, who plays for Cerro Porteno in Paraguay.

He’s the youngest-ever goalscorer in the Paraguayan Primera Division, netting for the first time at an incredible 14 years old.

Fourteen. What were you doing at that age? Because we certainly weren’t scoring in front of tens and thousands.

He shouldn’t cost you more than a million pounds, and for that, you’ll be getting 15 acceleration, 14 agility and 13 finishing.

🌟NEXT-GEN STARS🌟
With the goal in the Paraguayan Superclasico for his Cerro Porteno against Olimpia, Fernando #Ovelar is the youngest player ever to score in professional South American football: 14 years, 9 months and 27 days👦⚽pic.twitter.com/YIv18GLDDi

Nigerian striker Nwankwo has recently made his move to Europe, joining Swedish side Mjallby in February 2022.

Before that he had played for three different Nigerian sides, finishing as the top goalscorer in the last Nigeria Premier League campaign at just 18-years-old.

He’s a serious talent in real life, and he’s got a lofty opinion of himself too.

“I like Cristiano Ronaldo so much and if you see some of my goals, runs, and other things, you can see that they are almost like his,” said Nwankwo.

“I try as much as possible to emulate him. When you read his stories about how he attained greatness, you would agree with me that they are inspiring enough to motivate any footballer who aspires to achieve great things.”

Finally to Mexico, where 12 strength and 13 finishing Mustre rounds off this list.

He has all the makings of a cult hero for your road to glory; he should be available cheap, can be picked up straight from the start, and can develop along with your side.

Plus he’s Mexican and left-footed, which we think makes him even better.

He can also score goals in front of giant hedges apparently. Not sure if you need that, but good to know.

Pachuca #U15 side maintain their unbeaten streak in the #TorneoInternacional after tying 1-1 against @Chivas.

Eduardo Mustre scored the equalizer for @Tuzos in the 53rd minute with this header in the box.

Mustre is now the joint top-scorer of the competition with 3 goals. pic.twitter.com/BnLrq4Nyw0