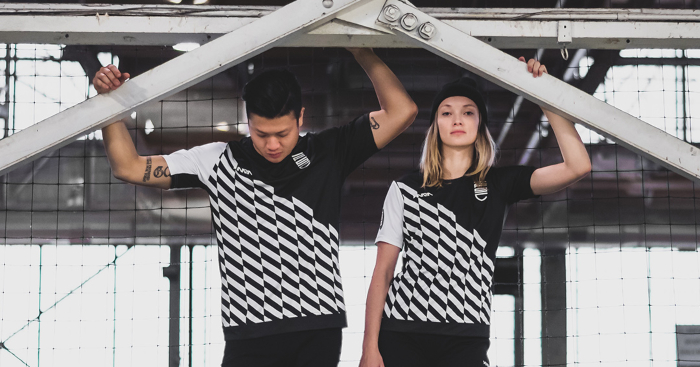 Our friends at the Football Shirt Collective are re-releasing their beautiful shirt ‘The 84’ alongside Inaria to raise money for the leading suicide prevention charity Campaign Against Living Miserably.

The shirt was originally produced as part of the Your First Football Shirt launch in 2018 and it sold out in a day. Due to COVID-19 and the impact across society, a limited number of shirts will be re-released, with all the profits going to CALM, whose services have seen an increase of nearly 40% in recent weeks.

The shirt is produced by Football Shirt Collective and brought to life by kit manufacturers INARIA.

The shirt has 84 rhombi/squares to represent the 84 men who take their own life each week in the UK (figures as of 2018) along with 84 on the back and the CALM patch on the sleeve.

“At times like this when everyone is stuck at home and people are more isolated than normal, charities like CALM need our support more than ever,” Mike Maxwell, founder of Football Shirt Collective, said.

“We are really proud of The 84 shirt and by doing a re-release we hope more people can enjoy it and more money can be raised for CALM”.

At times like this, charities like @theCALMzone need our support more than ever … so we've re-released The 84. A limited edition shirt with @inariasoccer with all profits going to CALM 💪

Simon Gunning, CEO of CALM, added: “Once again we’re delighted to have teamed up with The Football Shirt collective.

“In these unprecedented, uncertain times, CALM’s life-saving services are needed more than ever, it’s therefore vital that we continue to connect with each other through our shared love of football and support the CALM helpline services which have seen a 37% increase in demand in the past couple of weeks.”

The 84 is available for pre-order here in the Football Shirt Collective marketplace for £49.99 and will be ready to ship from June.