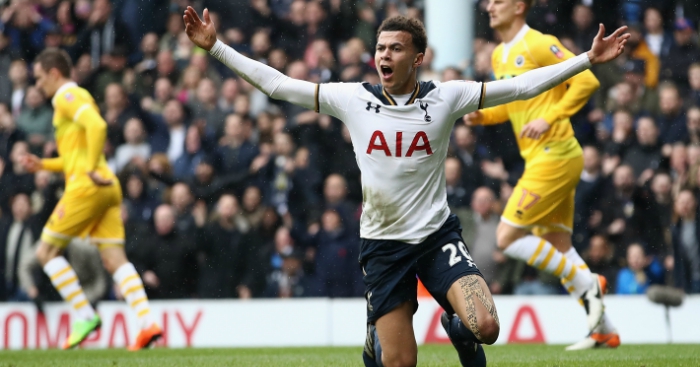 Like it or not, simulation is part of football. And Chelsea, Manchester City, Manchester United, Barcelona and Real Madrid players are among the many to have stuck in our memory for diving.

In a sport in which players are actually told by referees that they must make any foul as clear as possible, there is never a shortage of theatrics.

Here is just a small selection of the best, worst and most utterly ridiculous dives that have been seen on a football pitch.

Big Sam saw the funny side of Flores’ attempt, here.

Right in front of the official and everything. Disgraceful.

Luiz later claimed that his smile was for Manchester United supporters calling him Sideshow Bob.

You can almost hear the sound of the sniper being fired.

Yes, somehow the referee gives the penalty Sheffield Wednesday’s way for this effort.

They say centre halves are supposed to be big and strong…

Anything Ramos can do…

"When you go to bed and close your eyes all you see are balls being pinged and Pepe’s deeply embarrassing but entirely unsurprising dive…"https://t.co/EW2VspZC5I pic.twitter.com/GYOtDYaFxR

Against the club who later chose to pay £200million for him.

Some people have wanted to see more gamesmanship from English players for years. To others, Alli is “shameful”. You can’t please everyone…

Because it seems to have been taken down AGAIN… heres Dele Alli’s shameful dive earlier on! I know it wasn’t given, but surely he’s got to be punished for persistent diving? It’s every game now! pic.twitter.com/051pVOYAi9

Well, Alli did say Gerrard was his role model when he was younger.

This was in a friendly.

Quite astonishing that a dive can win a penalty, spark a mass brawl, and get two opposition players booked as well as yourself. The pure rage from Middlesbrough’s players too is something to behold.

There were, ahem, a few Suarez dives we could pick from. But this was the best.

Oh, he thought he was going to get left out.

Another one with a plethora of options, but a derby, the pure distance from the defender and the fact that the referee is so close and does nothing makes this exemplary.

Yep, managers dive too. Wouldn’t see Pards going down like this.

The classic of the genre

10 of the most famous U-turns in football: Gerrard, Hamann, Willian…