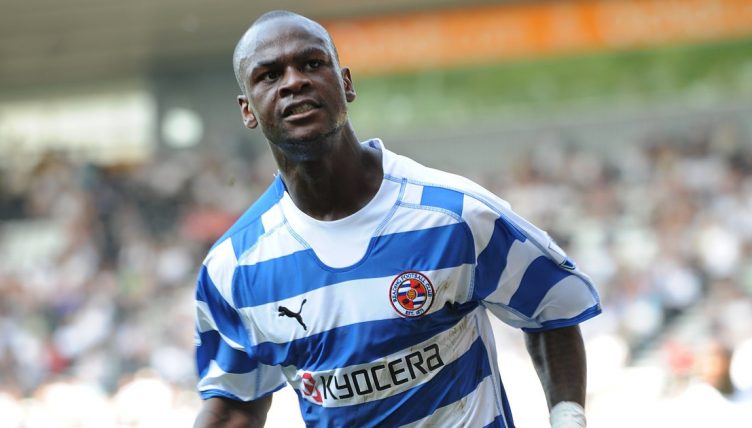 A lot is made about professional footballers earning seemingly endless amounts of money, and rightly so.

But for some, their decision to play football is motivated only by their love for the game.

They’re not bothered about playing in front of 50,000 every week, or winning every trophy or buying flashy cars; they want to just kick a football and get a weekly run out.

This keeps many playing way beyond the average age of retirement, but with their legs failing them they can’t play at the level they used to.

The pandemic put an end to many of the well-known former pros who were plying away in the depths of the football pyramid, but not all.

So here are seven former pros who all share a similar love for the game and are still are rolling back the years in non-league (or in one case, Welsh) football.

A Swansea legend, Trundle’s escapades in the depths of the Welsh league system are the stuff of cult-hero dreams.

He had a proper English League career, featuring clubs like Leeds and Bristol City, but since coming out of retirement in 2016, Trundle has entertained crowds in South Wales with his unreal goalscoring record.

Still playing at 45, the Liverpool-born striker has scored around 167 goals in 142 league matches since coming out of retirement, an eye-watering record.

It’s a true love story. Trundle played the game as any of us would want to, always trying the outrageous in an ode to the sport and still weaving magic on the pitch 27 years on from his debut.

Just look at this hat-trick in injury-time. You couldn’t imagine a better one if you tried.

Rolling back the years. 😎👏 pic.twitter.com/tKCKb5QmxR

He’s aged 37 now and has had a career that has featured stints in Thailand and, perhaps most obscurely, a now-defunct side from Crete.

We can only assume that it dissolved a year after he left because he was keeping it together.

A proper Barclays, streets-won’t-forget era player, it’s glad to know there are still people out to pull off cheeky stuff like this.

What is it about former Swansea players and playing football way beyond the age you’re meant to?

A product of the Willem youth academy, Agustien is a former international for Curacao, with whom he won the Caribbean Cup in 2017 to go along with League Cup he won with Swansea back in 2013.

He’s had a proper journeyman career, playing in the Netherlands, Denmark, Scotland, Wales, and even the Philippines.

But, at 35, he’s content playing the game in the lower leagues of English football. Who wouldn’t be after travelling the world?

Arch-rivals with Matthew Kilounces, Kilgallon plays for the team from the attractive wealthy town of Buxton.

A Leeds youth product, Kilgallon played in the Prem with the Whites before bouncing between the top two divisions with Sheffield United and Sunderland.

He played in Hyderabad, India for a season too. A far cry from the mums-driving-Range-Rovers hills of Buxton.

READ: Matt Kilgallon: Dennis Wise didn’t take a shine to anyone at Leeds

Tessem plays for a team and a league that sounds right out of the ninth century, turning out for Hythe and Dibden in the Wessex League Division One when he’s not repelling Viking invaders.

Well actually, he’s a Viking invader himself. He joined Southampton from the Norwegian club Molde in 1999 and has mainly stayed in England since.

He’s about to turn 50 and is still playing senior men’s football in the English system, which we think means the FA has to start paying him a pension soon.

With over 150 Charlton appearances to his name, Lisbie is a much-appreciated figure in South East London.

It’s nice to think that he’s stayed close to home, with the former Jamaican international still playing for the impressively named Cray Valleys Paper Mills FC, who play their matches just 12 minutes from The Valley.

He once scored a hat-trick for Charlton against Liverpool, but even more impressive is the fact he’s started a match with both his twin sons in the squad for the Paper Mills.

That’s what it’s all about. Must have been hard for the one who had to sit on the bench though.

It was an interesting route back home for Jennings, who you may remember was signed from Tranmere by none other than Bayern Munich back in 2011 as a teenager.

Unfortunately, Jennings never made it to the first team and after returning to England took a break from the game in 2016.

He returned in 2018 however and now plays with Prescott Cables, still aged just 29.

An ode to Lee Trundle, who played football how anyone would want to

Can you name Swansea City’s XI from the 2013 League Cup final?