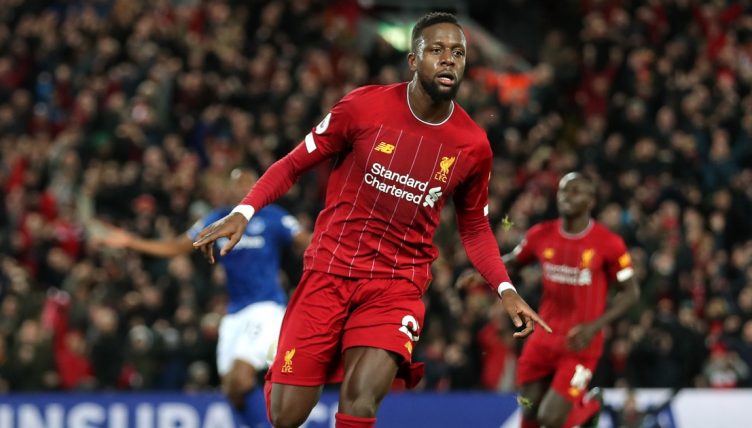 After a quiet transfer window last summer Liverpool look determined on retaining their current squad but they have a number of well-known players who could leave the club for free next summer.

The likes of Alisson, Trent Alexander-Arnold and Virgil van Dijk have been tied down to long term deals but some players face an uncertain future.

We’ve today taken a look at the four players who have less than a year left on their contracts at Anfield.

Since moving to Liverpool from Manchester City in 2015, Milner has been deployed as a central midfielder, winger and full back and has arguably become a club legend at Anfield.

Despite having been an integral part of Jurgen Klopp’s title-winning side during the 2019-20 Premier League season, the 35-year-old has seen his playing time in the first team somewhat diminish, starting just 19 games in all competitions in 2020-21.

The former England international is now in the twilight of his career and is yet to sign a deal, but he remains an incredibly popular figure at Anfield.

Despite only being somewhat of a bit-part player since joining Liverpool in 2014, Origi has without doubt managed to write himself into Anfield folklore.

From his 96th minute winner against Everton in 2018 to his brace against Barcelona and a goal in the Champions League final, the striker has had an uncanny knack of finding himself at the heart of some of Liverpool’s most memorable moments in recent years.

But he has found it difficult to nail down a place in the first team due to their famed front three of Roberto Firmino, Mohamed Salah and Sadio Mane. Origi fell further down the pecking order following Diogo Jota’s arrival, starting just two Premier League games since the start of 2020-21.

The 26-year-old has recently been brought back into the fold by Klopp but could still leave in 2022 in search of regular first-team football.

“Divock is a great guy, that’s how it is, and in 10 years’ time when we look back he will be a Liverpool legend, but he is too young to be already seen as a legend now so he has to play football,” Klopp said after Liverpool’s 3-2 win over AC Milan.

“To be 100 per cent honest, of course I thought he would maybe leave in the summer, but the football world is a crazy place and people obviously forgot how good he is.

“I said it, it is really difficult to get into this team. That’s just how it is and I have to decide about different positions, who I bring on, how I want to react before a game. That’s why Div was not in, he did nothing wrong. He trains, he gives everything and sometimes you still don’t make it into the squad.”

While Origi’s best moment in a Liverpool shirt came in the Champions League, the opposite is true for Karius.

The 28-year-old joined Liverpool from Mainz 05 in 2016 and managed to seize Simon Mignolet’s spot as Klopp’s first-choice goalkeeper.

But he then became renowned for making high profile mistakes, most notably in their 2018 Champions League final loss to Real Madrid.

Karius hasn’t played for the Reds since that game in Kyiv and has spent the last three seasons on loan at Besiktas and Union Berlin.

The goalkeeper is now back on Merseyside after failing to get a summer move but we’d be amazed if he ever adds to his 49 Liverpool appearances.

After leaving West Ham United at the end of the 2018-19 season, Adrian joined Liverpool on a free transfer to become Alisson Becker’s backup.

The goalkeeper made a brilliant first impression with his penalty shootout heroics in their UEFA Super Cup win over Chelsea.

He also stepped up during Alisson’s absence during their title-winning campaign in 2019-20, making 11 Premier League appearances.

But the 34-year-old has hardly featured for the club since that 7-2 defeat to Aston Villa and is now behind Caoimhin Kelleher in the pecking order.