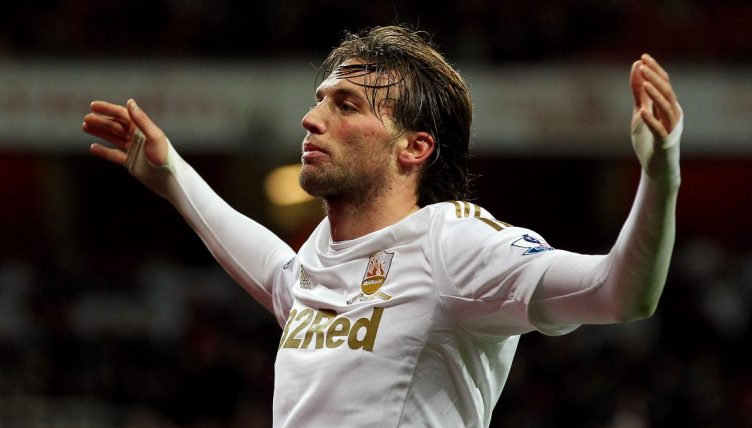 The key to any good Fantasy Premier League team are your differential players – ones that make a difference that not everybody has.

Anyone can predict that Mohamed Salah and Erling Haaland will rack up big scores, but it takes real knowledge – and often bravery – to identify those players that will have an amazing season out of nowhere.

Over the years there have been some players racked up unexpectedly monster scores on FPL, helping you to come top of your workplace mini league in the process.

Few people gave Ian Holloway’s Blackpool a snowball’s chance in hell when they unexpectedly made their way out of the Championship in 2010.

But they gave it their all and only narrowly ended up going down. Charlie Adam perfectly encapsulated that scrappy underdog status. He cost just £5.0million in the game at the start of the season and bagged 12 goals, eight assists and 192 FPL points. His price steadily rose and as the season progressed he went from an outsider’s gambit to a must-have.

He wasn’t quite as much of a must-have at Liverpool.

Opponents were always concerned when Charlie Adam stood in front of a free kick at Blackpool 🎯pic.twitter.com/iq6XYaujEq

Brendan Rodgers’ newly-promoted Swansea were the archetypal Premier League ‘breath of fresh air’. Not only did they have Danny Graham banging in the goals and play easy-on-the-eye possession football, but they were a solid unit.

Dutch goalkeeper Vorm was priced as a bargain-bin option of just £4million but soon proved to be a steal. He kept 14 clean sheets and produced the season of his career in doing so, making 143 saves, which included a couple of penalty stops.

By the time the 2011-12 season rolled around, Dempsey had already established himself as a strong FPL pick and as such wasn’t especially cheap at £8.5million.

He’d already scored that goal against Juventus in the Europa League and had already crowned himself the Premier League’s all-time highest-scoring American, but the best was yet to come.

The Fulham midfielder produced the season of his career in 2011-12. He registered 17 goals and six assists (209 FPL points) and saw his in-game value skyrocket to £9.8million by the end of the campaign. That form earned him a move to Tottenham come the end of the season, but he never quite replicated his Fulham heroics at White Hart Lane.

How could Swansea possibly top their solid 11th-place finish in the Premier League? Enter one of the Premier League’s all-time greatest bargains, a Spanish striker at a cost of just £2million from Rayo Vallecano.

He also proved one of FPL’s most unforgettable legends. In his first season at Swansea, Michu was misclassified as a £6.5million midfielder and immediately burst into life with four goals and two assists in his first three Premier League appearances. And he never looked back from there…

Back in 2015, before anyone knew what xG was or seemingly had detailed scouting reports of every player from Andorra to Estonia, there was some intrigue in West Ham signing Payet.

The mercurial Frenchman was generating a lot of hype by registering more assists than any other player in Europe’s major leagues in the season before he arrived, but there was no guarantee he’d bring that form to (Richard Keys voice) our Premier League. With new signings, there’s always a question mark over adapting to a new league and a new team, not to mention the West Ham factor.

Payet immediately laughed in the face of all that and inspired West Ham to a seventh-place finish. He notched nine goals and registered 12 assists from 30 appearances in his one full season at Upton Park.

Alli was a highly-rated but somewhat unknown youngster when he arrived at Tottenham from MK Dons in the summer of 2015.

It didn’t take then £5million FPL midfielder long to announce himself as one to watch. In his debut Premier League season he scored 166 points (10 goals, 12 assists) and saw his price rise considerably – the following year he cost £8.5million, and still proved a good value must-have for a couple more years yet.

Remember that weird period when Milivojevic seemed to score a penalty every week?

The Serbian midfielder scored 10 penalties for Crystal Palace during the 2018-19 campaign, taking his tally to 12 goals and two assists that year. Not bad for a totally unassuming defensive midfielder.

We don’t really know what Fantasy Premier League were thinking when they classified Lundstram as a defender in 2019-20.

It looked unlikely to be a major issue as he’d only played a peripheral role – just five starts – in Sheffield United’s promotion the year before and few expected him to tear up any trees in fantasy football.

But he proved to be an integral player for Chris Wilder’s Blades, notching five goals and three assists from midfield while racking up clean sheet points. Pity you if you didn’t have him in your team when he scored twice, kept a clean sheet and got three bonus points in a 3-0 win over Burnley.

The answer is, of course, (Lord) Lundstram 🆚 Burnley in GW11 🐐 pic.twitter.com/u0tleINu0B

Marcelo Bielsa’s Leeds United were a joy to watch in 2020-21, setting new records for points and goals scored by a newly-promoted team.

There were no shortage of FPL options from that side, with Patrick Bamford backing himself and reaping all the rewards, but we can’t look past their superb utility man Dallas.

The Northern Ireland international was listed as a defender, and did play as a left-back on occasion, but was most often deployed as an all-action box-to-box midfielder in Bielsa’s gung-ho gameplan.

Leeds weren’t always tight at the back, but they did keep 12 clean sheets with Dallas in the team. He also scored eight goals, including an unforgettable match-winning brace against Manchester City, and assisted a further three.

He was listed at just £4.5million at the start of the season but that price rose to £5.5million come the end.