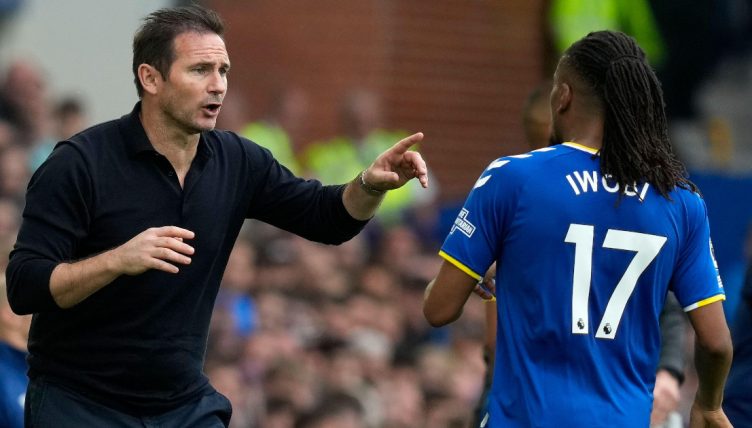 Everton have secured their Premier League status after a disastrous season where they flirted with relegation and saw Rafael Benitez hired and fired before the appointment of Frank Lampard. It’s not been plain sailing but some players have improved under Lampard.

Results have been mixed since the former Chelsea midfielder took the job at the end of January, but they have crucially survived after looking dangerously close to their first-ever relegation from the Premier League.

Toxicity at the club was at an all-time high under Benitez and they struggled to pick up wins anywhere. While Everton’s away record is still poor, Lampard has improved their results at Goodison Park and helped reconnect the squad to their fans.

Some players still haven’t made the grade under either manager but the squad was far too talented to go down, and Lampard has helped improve the level of some of his players compared to how they were playing before. We’ve taken a look at the five players he’s improved most in his tenure.

The Brazilian winger was always one of Everton’s main stars and best players, but he’s gone up a level under Lampard and stepped up to deliver when they needed him most.

With seven goals and three assists since Lampard was appointed, the 25-year-old has been Everton’s best player by some distance in recent months.

He’s also managed to wind up Jamie Carragher on a few occasions, making him the most popular man on the blue side of Merseyside.

The Nigerian attacking midfielder joined the Toffees from Arsenal for around £35million in 2019, but the majority of his Everton career had been a disaster, with the player regarded as a joke figure due to how bad his performances were.

However, Iwobi is currently in the best form of his Everton career, and has played at wing-back, central midfield and in an attacking role under Lampard, and performed consistently well.

The 26-year-old has been thriving under his new coach and explained his upturn in form to the Liverpool Echo.

“[Attacking central midfield] is where I grew up playing; I like to get on the half-turn, get the ball forward. I am always trying to play to the attacking players and make something happen,” Iwobi said.

“When I play infield, I get on the ball more and can take it up the pitch. I told him [Lampard] I’d played there for Arsenal but not had the opportunity at Everton… that it’s where I am most comfortable and the position I play for my national team.

“He tried it and it’s worked, so far. I felt he was half surprised I could run; he called me a machine.”

The 21-year-old emerged as a bright prospect before Lampard took the reigns, but has really started to shine in recent months.

The English winger was particularly impressive against Liverpool, despite Everton falling to a 2-0 defeat, and has four goals and two assists to his name this season.

Another fine talent to come through the Everton ranks.

A January signing under Rafa Benitez, it took a long time for the Ukrainian to settle at Goodison Park as a replacement for Lucas Digne, but he is starting to show why Everton paid £20million for him in the winter window.

Mykolenko was particularly impressive in the win against Crystal Palace, completing more crosses and creating more chances than anyone else, and the left-back will look to continue his fine form under Lampard next season.

The English defender came in for a lot of criticism during Benitez’s reign, but the 25-year-old is back in Everton’s fans’ good books now and even chipped in with a couple of important goals during the relegation run-in.

A versatile defender capable of playing across the backline, Holgate has rediscovered the form which made him such an exciting talent when he joined from Barnsley as a teenager in 2015.

Often playing as a centre-back alongside Michael Keane under Lampard, Holgate has started to mature into a more reliable defender when compared to his performances under Benitez.