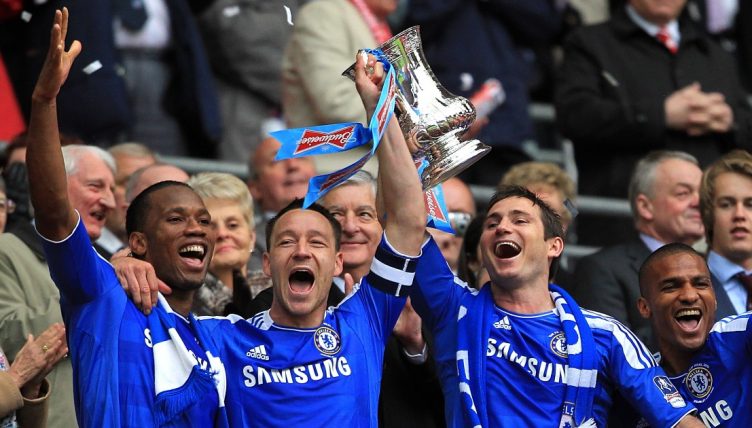 Frank Lampard played with some amazing players for Chelsea, Manchester City and England – but he can’t choose between the two best of all.

Having started his career at West Ham, Lampard went on to win three Premier Leagues, four FA Cups, two League Cups, the Champions League and the Europa League with Chelsea before spending a season at Manchester City and then finishing his career in MLS with New York City.

He told us about his career highlights, regrets and future plans as part of a more extensive interview, but we couldn’t help but ask who he felt were the best players he took to the field with during a career that spanned more than 20 years.

“First and foremost they are great footballers, but they are also winners and that is what sets them apart from most players.

“In the big games, when it matters the most, these men, and that is what they are, stood up to be counted, and they are comfortably the top two I have played with for that reason.”

“There is no limit to how far he can go. Hazard is the most naturally gifted player I played with and on his day he is unstoppable.

“He has said he wants to be up there with the best players in the world and he has the talent to do that. He just needs to add the consistency and the goals of a Messi or a Ronaldo to be considered in that class.”

“He means so much to Chelsea fans. Of all the foreign players who came to the club at the start of the new era if you like, Zola is the one the fans loved more than any other.

“He was fantastic on and off the field. A great fella and a fantastic footballer.”

“I was not at Man City for long, but straight away you could see that this guy was world-class. The goals he scored on the training pitch every day were frightening and he took that on to the field.

“You only need to look at his record since he came to City to appreciate what a class act he is and he was great to play with.”