From Man Utd to Liverpool: All you need to know about Harvey Blair 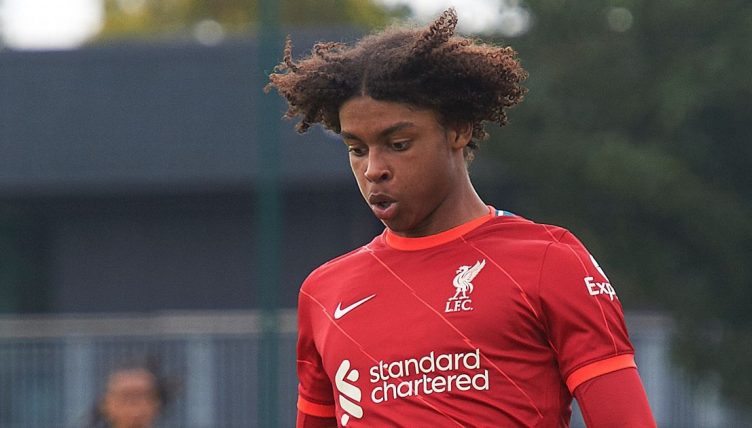 Liverpool‘s academy has produced some incredible players over the years and Harvey Blair is the latest talent from their conveyor belt.

Blair, who is no relation to the former Prime Minister, will be hoping to follow in the footsteps of fellow academy graduates Trent Alexander-Arnold and Curtis Jones.

We’ve brought you the lowdown on the Liverpool prospect, who recently made his first-team debut for the club.

Born in Huddersfield in September 2003, Blair was originally on the books of Manchester United before crossing the divide to join Liverpool in 2015.

He worked his way through the ranks and signed his first professional contract with the club in October 2020, shortly after his 17th birthday.

But the teenager was hampered by a series of hamstring and ankle problems in 2020-21, scoring two goals in just four Under-18 Premier League appearances.

Blair has been back to full fitness this season and recently registered a goal and assist in a 3-0 win over Sunderland’s Under-18s. He also netted the winner in the Under-18 Premier League Cup game against Aston Villa and made his UEFA Youth League debut earlier this month.

He then made his senior debut in October 2021, playing the first 55 minutes in Liverpool’s 2-0 win over Preston North End in the Carabao Cup.

His older brother, Marley, was also in the Liverpool academy set up as a youngster but was released in 2017 and now plays in Iceland with Keflavik IF.

He is a winger and usually plays on the left flank but has also operated as a striker and in the No.10 role, showcasing his electric pace and impressive footwork

Unfortunately for Blair, Liverpool currently have three of the best wingers in the Premier League in Mohamed Salah, Sadio Mane and Diogo Jota. But Salah and Mane will be playing in the Africa Cup of Nations at the start of 2022 and the 18-year-old will be hoping to take advantage of their absence.

Have to give it to the keeper what a save 👏🏽 pic.twitter.com/9gAQNleABP

– “Delighted to have signed my first professional contract with the best club in the world, dream come true,” Blair wrote on Instagram in 2020.

– “Unbelievable experience to make my debut for Liverpool, it’s a dream come true,” Blair posted on Instagram after the game against Preston. “I would like to thank everyone that believed in me.”

– “We are really fortunate that we have really good players, and he [Oakley Cannonier] is one of them,” Liverpool U18s boss Marc Bridge-Wilkinson told the ECHO in August 2021. We’re fortunate that we are going to see him play and injury-free, hopefully.

“Harvey Blair is another one: if they stay injury-free and we can get them on the pitch, they can start to show people what they are about.”

– “It is great to have Oakley and Harvey Blair back from injury now and the pair give us great options in attack,” Bridge-Wilkinson added in September.

– Back in October 2020, the official Liverpool website said that Blair was “blessed with good pace, size and ball control.”

– “Baller you bro,” fellow academy graduate Billy Koumetio said when replying to one of Blair’s Instagram posts in 2020.

– “I like that we could give the boys the opportunities, even when it was only a few minutes,” Jurgen Klopp said of his youngsters after the 2-0 win over Preston. “It’s only the start for them. It’s not the last game, it’s the first game for some. Now they can build on that.”