From Tranmere Rovers to Real Madrid: All you need to know on Marvin Park 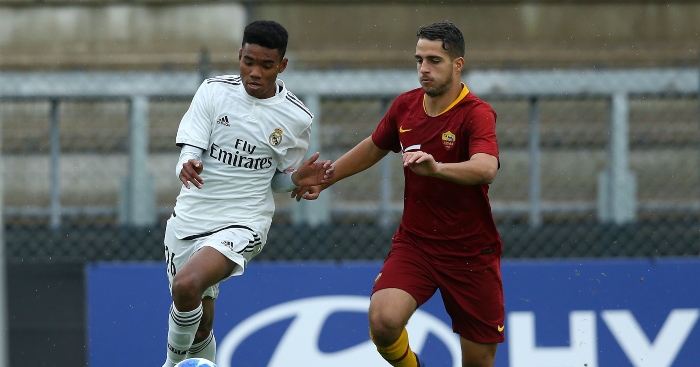 Marvin has caught the eye of manager Zinedine Zidane and played the final 20 minutes of their La Liga opener against Real Sociedad.

We’ve brought you the lowdown on the talented 20-year-old, who has enjoyed a meteoric rise over the last few years.

Born in July 2000, Marvin started his career at Sporting Ciutat de Palma in Spain before moving to England and joining Tranmere Rovers at the age of nine.

He spent three years in their youth academy but decided to return to his homeland with former club Sporting Ciutat de Palma in 2012.

After impressive spells at La Salle and Jonquet Penya Arrabal, Real Madrid snapped up the youngster in 2016.

Marvin then rose through the youth ranks at the Bernabeu and scored three goals in 26 league appearances for Real Madrid Castilla in 2019-20.

He also helped their Under-20s lift the UEFA Youth League title last season, registering three assists and a goal in seven appearances for Raul’s side.

After impressing in pre-season, the 20-year-old has now been handed his official first-team debut, replacing Rodrygo in a 0–0 draw against Real Sociedad in La Liga.

Marvin has represented Spain at Under-19 level and is also eligible to play for Nigeria or South Korea on the international stage.

Park, Juan Latasa, Sergio Arribas have all been vital in Real Madrid’s run to the @UEFAYouthLeague final! pic.twitter.com/nZbIgCr3OI

Marvin has predominantly played on the right wing for Madrid’s youth teams but can play on the opposite flank and has also been used as an attacking midfielder.

He is already renowned for his electric pace and direct style, while his ability in one-on-one situations makes him an exciting player to watch.

Gareth Bale’s recent loan move back to Tottenham could also provide the forward with more first-team opportunities in 2020-21.

“Unforgettable day! Very happy for the debut with Real Madrid in the league. Time to keep working and learning,” Marvin posted on Instagram after his debut.

Where are they now? Jose Mourinho’s 16 Real Madrid academy graduates