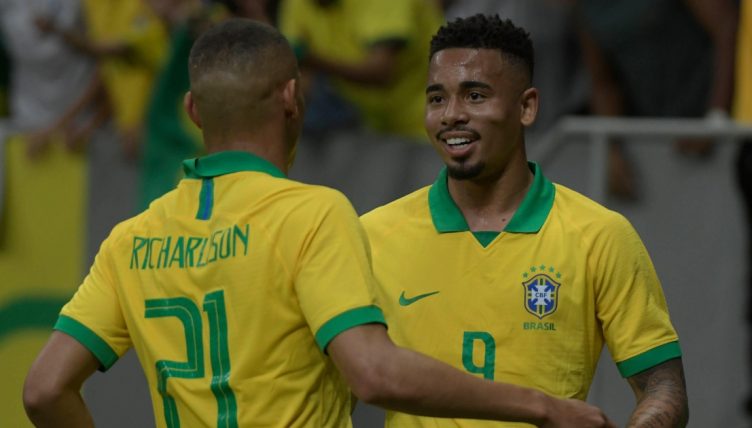 Arsenal and Tottenham have both looked to bolster their squads by signing Brazilian forwards this summer – but how do Gabriel Jesus and Richarlison compare?

Richarlison initially played in his native Brazil with America Mineiro and Fluminense before heading to England with Watford in the summer of 2017.

He featured in every one of their 38 Premier League fixtures in 2017-18 and then followed manager Marco Silva to Everton in a deal worth a potential £50million.

The 25-year-old finished as Everton’s joint-top scorer in the Premier League in his opening two seasons on Merseyside and was the only Toffees player to hit double figures in 2021-22.

His performances at Goodison Park attracted interest from Manchester United, Chelsea, Arsenal and Tottenham, but he decided to join the latter in a deal worth up to £60million.

“I think he improves the squad, definitely… he gives them something different,” former Arsenal midfielder Jack Wilshere told talkSPORT when asked about Richarlison’s move to Spurs. “I wouldn’t say I’m gutted [he’s not signed for Arsenal].

“He’s 25, so not young. There comes a point where you’re going to have to turn that potential into something but to be fair if any one can do it, it’s Antonio Conte.”

Jesus, meanwhile, came through the academy at Palmeiras before completing a £27million move to Manchester City in January 2017.

The striker made over 200 appearances in all competitions during his time at the Etihad, helping them win four Premier League titles, three EFL Cups and an FA Cup.

He was also linked with Tottenham and Chelsea but will join Arsenal in a £45million deal and is reportedly set to become their latest No.9.

We’ve compared Jesus and Richarlison’s overall stats in the Premier League to see which forward comes out on top.

As the stats show, Jesus has registered more goals and more assists in fewer appearances and considerably fewer minutes.

Admittedly, Richarlison has always been at teams that often finish in the bottom half of the Premier League table, and he’ll now get to play alongside better players at Tottenham.

But Jesus will also be relishing the opportunity to become a team’s main striker after regularly playing on the wing under Guardiola.