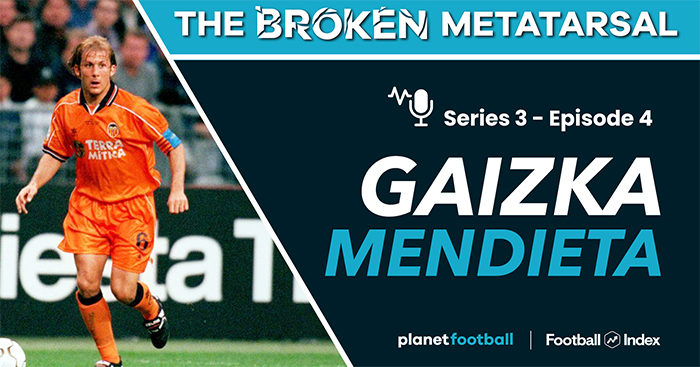 Gaizka Mendieta played for clubs as disparate as Valencia, Lazio, Barcelona and Middlesbrough in the 2000s – and he told us all about it on the latest edition of The Broken Metatarsal podcast.

Mendieta was a runner-up in successive Champions League finals at the start of the 2000s, scoring in both, but moves to Lazio and then Barcelona coincided with periods with instability and ultimately led to the Spain midfielder seeking a fresh start in 2003.

And, despite offers to stay in his homeland, the two-time UEFA Best Midfielder of the Year winner opted to move to the Premier League to join…Middlesbrough.

Mendieta explains the thinking behind that move – plus much, much more – in our latest player special on The Broken Metatarsal, which you can listen to below.