Anatomy of a goal: Gareth Bale and his ridiculous solo run v Barcelona 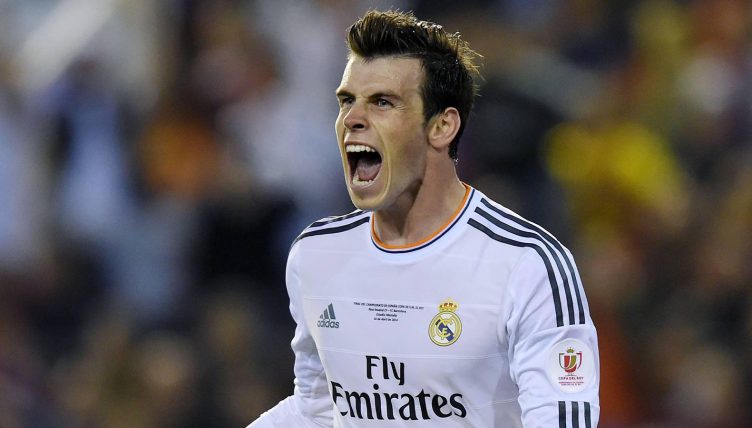 It’s not often that a player will leave you completely breathless, but Gareth Bale managed just that against Barcelona in 2014 when he scored arguably the best goal of his career.

Before things turned sour for Bale in the Spanish capital, he was completely unplayable for his first five years at the club. Back then golf seemed like the last thing on his mind as he would so regularly produce moments of magic.

The context around Bale at the time is also important to take into consideration. The Welshman scored on his debut for the club, but his first few months in Spain were plagued by injuries.

Bale only completed five full 90-minute matches in his first few months with Los Blancos as a lack of a pre-season had left him more susceptible to muscle injuries.

Thankfully, he left the treatment table behind in the second half of the season and became one of Madrid’s most important players. With 22 goals across all competitions, his first season in Madrid actually turned out to be his most prolific.

How could a player like Bale ever shine though when the looming presence of Cristiano Ronaldo is always around him? That’s where the 2014 Copa del Rey final comes into play.

Whatever the circumstances, Real Madrid v Barcelona is always a huge spectacle, never mind the fact that they were facing off in a cup final. This game always has people talking.

Considering that both clubs would ultimately lose out on the league title to Atletico Madrid that year, the stakes were even higher. If ever there was a moment to announce yourself to the Madrid fanbase, it was this.

What made the occasion even bigger for Bale was the fact that Ronaldo would miss the final due to injury. The world looked to the former Tottenham man as he faced up against Lionel Messi, Andres Iniesta, Neymar and co.

Angel Di Maria gave Madrid the lead early on before Marc Bartra levelled things up in the second half. The game was perfectly poised at 1-1 and looked to be heading towards a stalemate.

That was until Bale arrived on the scene with this ridiculous lung-busting run which left Bartra in the dust. Bale scampered away like the Roadrunner from Looney Tunes and the rest is history.

The Welsh wizard would have given Usain Bolt a run for his money on the night, delivering Real Madrid’s first trophy of the 2013-14 season and kick-starting an era of greatness at the club.

After all, Real Madrid then went on to win the Champions League during that same season as they beat local rivals Atletico 4-1 in the final.

After the Copa del Rey final, Carlo Ancelotti told reporters: “I had the perfect view. It was a fantastic goal from an extraordinary player. We’re lucky he plays for Real Madrid.”

Bale enjoyed his best spell at the club under Ancelotti from 2013-2015. The Italian manager knew how to get the best out of Bale as he scored 39 goals in his first two years with the club.

Ancelotti paid tribute to Bale this week after he announced his retirement from the game aged only 33. It was no surprise to see the moment he picked out.

READ NEXT: The 7 Real Madrid players currently set to leave on a free this summer

TRY A QUIZ: Can you name every player Real Madrid have signed from the PL?