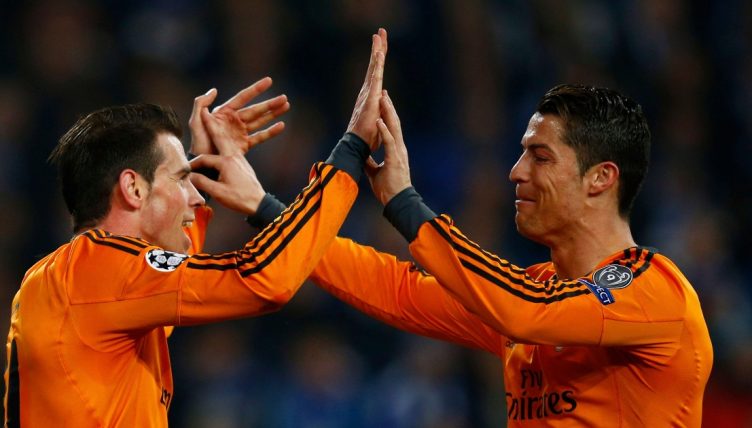 There are no shortage of similarities between Gareth Bale and Cristiano Ronaldo at Real Madrid.

Both players rose to prominence in the Premier League, becoming world-beaters in the English top-flight before moving to the Bernabeu for world-record fees.

Ronaldo was 24 when he signed for Los Blancos for £80million in 2009, and Bale was the same age when he followed four years later for £85million.

The two forwards adapted their game as wingers to more out-and-out forwards during their time in La Liga, and both played a pivotal role in Madrid’s famous ‘La Decima’ Champions League triumph in 2014 and the unprecedented threepeat that followed.

They each stayed at the grand old club for nine years, but they leave very different legacies among the fans.

Ronaldo left on a high, with Madrid cashing in and making a profit when they sold him to Juventus for £99million in 2018. He was 33 at the time, and his last game for the club was the 3-1 Champions League final victory over Liverpool in Kyiv.

“Cristiano is an incredible player, I thoroughly enjoyed playing with him,” Bale told MailOnline in 2019. “Obviously the media try and hype up these problems which were never there.

Like Ronaldo, Bale immediately spoke of his personal future after his stunning overhead kick helped Madrid to victory over Liverpool that night.

The Wales icon ended up staying at the Bernabeu for four more years, but he spent a season back on loan at Tottenham and he barely featured for Carlo Ancelotti’s side on his return. The Spanish press suggested he cared more about golf and playing international football than he cared about Madrid.

Bale departed at the end of 2021-22 campaign, lifting the Champions League trophy for a fifth time, but he was an unused substitute in the 1-0 win against Liverpool in the Paris final.

But how do the two players compare in terms of their records at Madrid? We’ve taken a closer look.