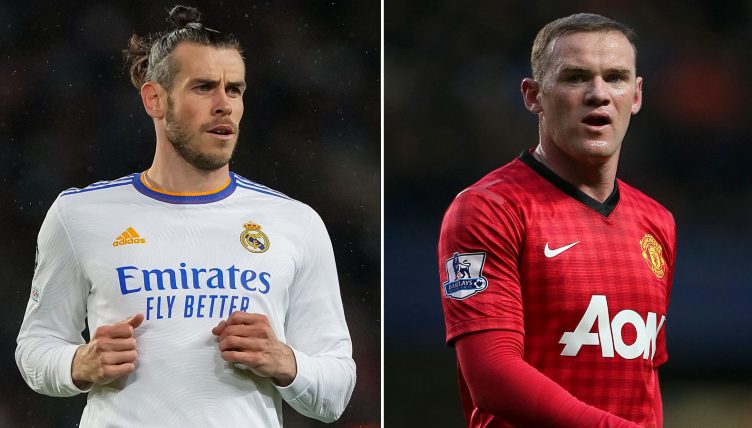 There’s no denying that Gareth Bale and Wayne Rooney are two of Britain’s greatest-ever players, but how do their records stack up against each other?

Rooney had a glistening career in the Premier League and is Manchester United’s all-time top goalscorer with 253 goals. He is also England’s highest-ever scoring player with 53 goals on the international stage.

He was an integral part of Man United’s success under Sir Alex Ferguson and won 16 trophies during his stay at Old Trafford, including five league titles.

“For me he was the best centre-forward I ever saw at Manchester United and ever played with,” Gary Neville told Sky Sports.

“In and out of possession, in the dressing room, the energy every single morning. He was an absolute livewire, street fighter, tough, score goals, assist goals, the best defender, never give in.”

Bale himself recently announced his retirement from football after a sparkling 17-year career. The Welshman started his career with Southampton and was soon picked up by Tottenham in 2007.

At first, Bale took some time to adapt to the Premier League, but as soon as he found his feet, he never looked back. A two-time PFA Players’ Player of the Year winner, Bale could do everything.

His career especially took off when he made a world-record move over to Real Madrid in the summer of 2013. Bale went on to win 16 trophies with the Spanish club, including five Champions League titles.

Now that both players have hung up their boots, we’ve compared their record from throughout their careers and you can make the judgment on who is better.

🚲⚽💥 @GarethBale11’s overhead kick in the Champions League final has been nominated for the FIFA Puskas Award 2018! #RMUCL pic.twitter.com/48xQBEn7HB

READ NEXT: Where are they now? Real Madrid’s XI from Gareth Bale’s La Liga debut

TRY A QUIZ: Can you name the Tottenham XI from Gareth Bale’s debut in 2007?